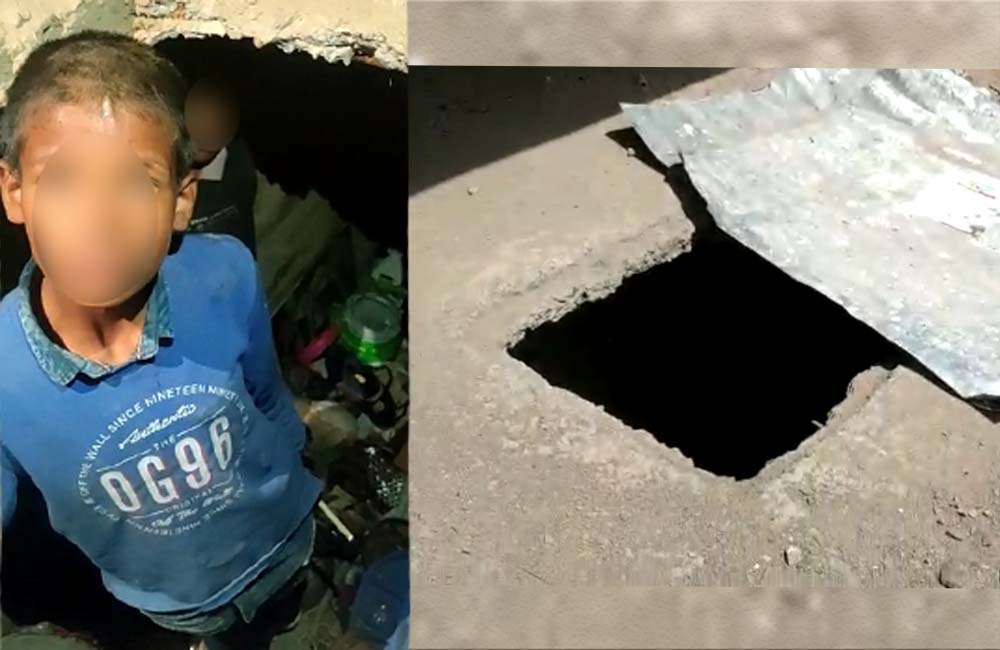 Shimla-Two children, who were living in an underground water tank in Housing Board Colony in Sanjauli, Shimla city, were rescued on Tuesday night. Both children, aged 10 and 11 years, are Nepalese. As per the children, their parents have separated and have married elsewhere and abandoned them.

Meanwhile, the statewide lockdown came into force and these children could only find this under-ground tank as a safe space.

These children have been living in this dark tank for about two weeks. They were dependent on the help of people in the locality who provided them food.

These children were rescued on April 7 by Prof Ajai Shrivastava, Chairman of Umang Foundation, with the help of the Shimla Police.

Sunny Saraaf, a resident of the Housing Board Colony and an SJVN employee, informed Shrivastava about these children and told him that he has provided them some clothes and food. He urged Shrivastava to help rescue them as they were not safe.

Shrivastava immediately brought the matter to the notice of the Child Welfare Committee (formed under Juvenile Justice Act). However, Shrivastava said that an official of the department expressed incompetence in discharging his duties and instead told him to contact Child Helpline or police.

During later hours on Tuesday night, Shrivastava contacted Additional Superintendent of Police, Praveer Thakur, requesting him to help rescue these children. Acting immediately, the ASP directed the SHO, Dhalli Police Station, Raj Kumar, to bring the children to safety. The SHO and ASI Mohinder Singh reached the spot and rescued and brought the two children to Bal Ashram Rockwood after medical examination.

Shrivastava appreciated Mr Saraaf for bringing the matter to his notice and officials of Dhalli Police Station for such swift action. He said efforts would be made to trace the parents of these children.