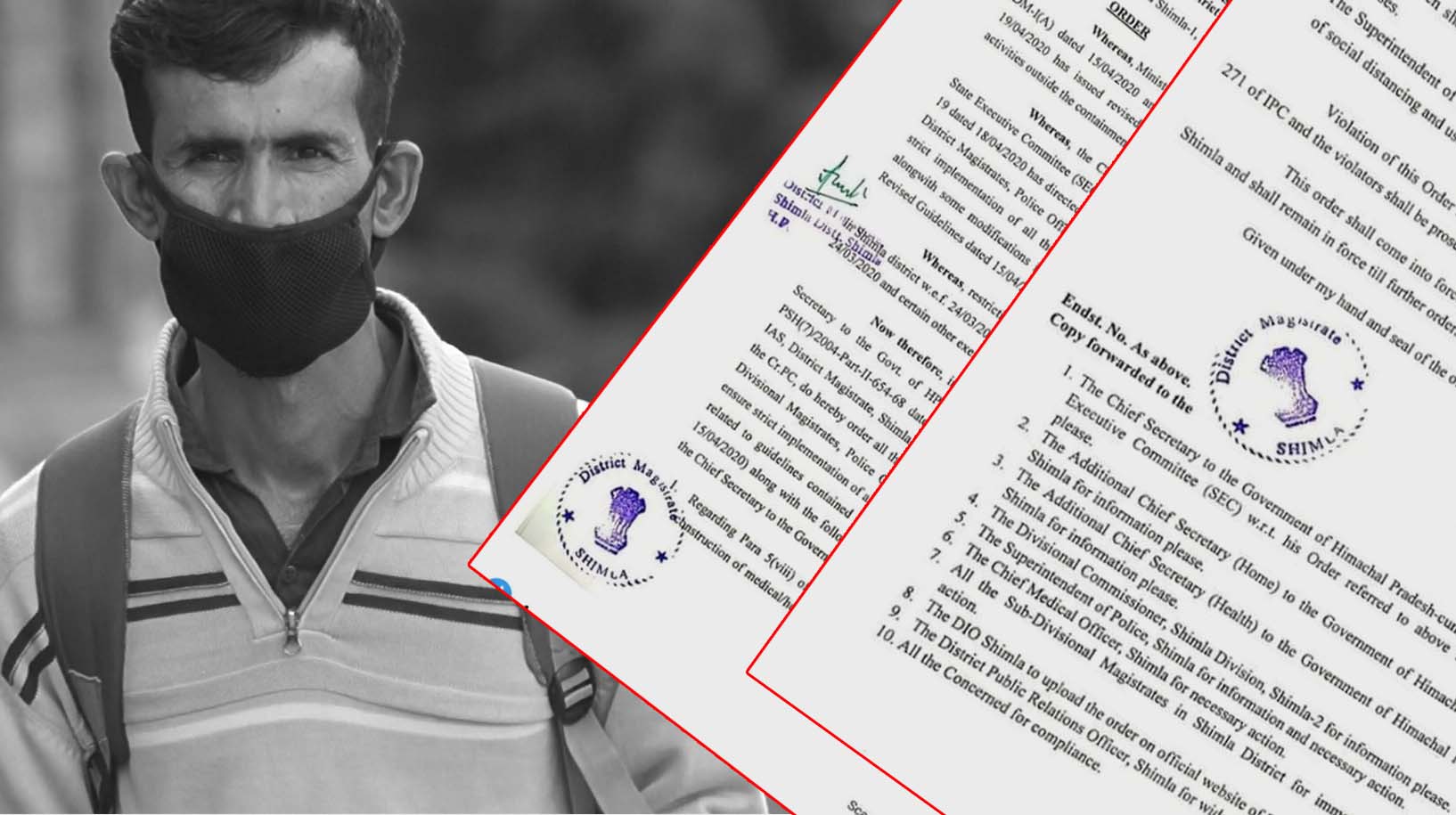 Shimla-After the Ministry of Home, Government of India, issued revised guidelines to permit additional activities outside the containment zones, the Deputy Commissioner of Shimla today issued a notification regarding the relaxations given in the curfew in the district.

As per the notification, from April 20th, the services provided by self-employed persons, such as electricians, IT repairs, plumbers, motor mechanics, and carpenters will be allowed between 9:00 AM to 5:00 PM. They would be allowed to move between workplaces and homes between 8:30 AM to 5:30 PM.

Such self-employed persons will have to obtain curfew permit from the Sub-Divisional Magistrates, who are supposed to first ascertain the veracity of their profession. Further, the IT repair shops including mobile repair have been allowed to open on Tuesday and Friday between 10 AM to 1:00 PM.

All facilities in the supply chain of essential goods, whether involved in manufacturing, wholesale or retail of such goods through local stores, will be allowed to operate during the curfew relaxation period.

Further, only local labour with no travel history will be allowed to work in the construction of health infrastructure, roads, irrigation projects, buildings, industrial projects, renewable energy projects etc. All the hired labour will be medically screened. No labour would be allowed from outside the district.

As for the construction within Municipal limits, the competent authority will have the power to give clearance to maps of stalled projects.

The same guidelines would apply in cases where labour is hired to carry out agricultural /horticultural activities and the Government schemes like MNREGA. The employer will have to inform the BMO concerned regarding the hired labourers who will be then medically screened. Social distancing will have to be ensured during these activities as well.

The offices of the Central Government except for emergency services, located in Shimla district will be allowed to work with a bare minimum staff of not more than 33 percent of the total strength. Allowed staff will have to furnish their official identity cards when asked for by the police at the checking points.

Private vehicles for emergency services, including medical and veterinary care and for procuring essential commodities will be allowed to ply only with curfew passes/permits.

The persons exempted to travel between workplace and home can pool government vehicles. Only four persons including driver would be allowed in a single vehicle hired by the government.

Wearing a mask or homemade face cover would be mandatory for every person while stepping outside.

The delivery of essential through e-commerce will also keep operating.

Violation of the orders mentioned in the notification would be punishable under Sections 188,269, 270 and 271 of the IPC.