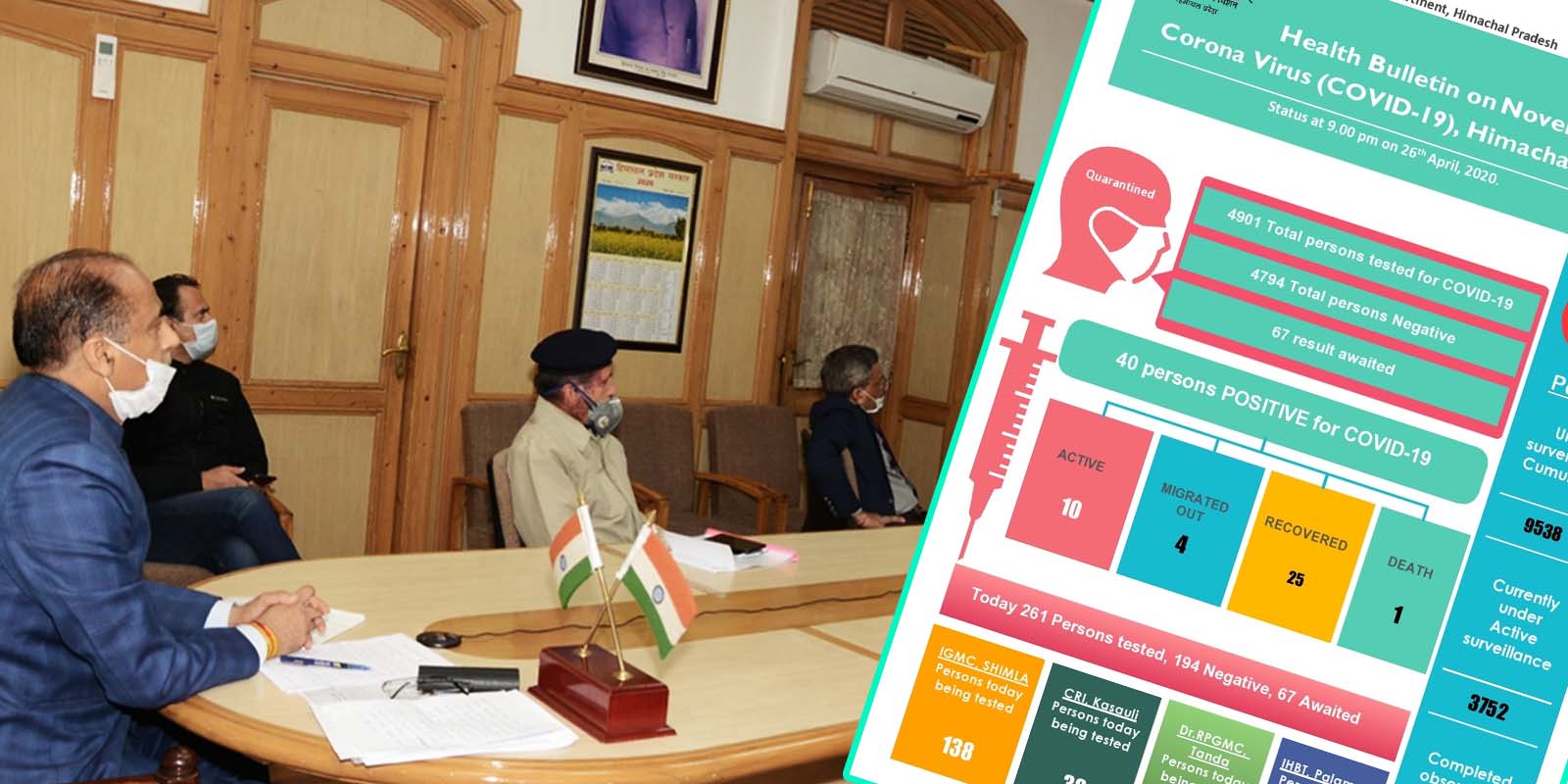 Shimla-Today, Prime Minister Narender Modi interacted with the Chief Ministers of States through a video conference. The Chief Minister claimed that the Active Case Finding (ACF) Campaign in Himachal Pradesh has helped in the screening of the whole population of the State for any Influenza-like Illness symptoms. He said the PM has appreciated the State Government for the ACF.

Chief Minister said that six districts of the state are in the green zone and not even a single case of coronavirus has been reported in these districts. He felt the need to continue the lockdown in the wake of COVID-19 pandemic. At the same time, he said, the States should be allowed to start their economic activities particularly in the green zone.

The testing ratio of the State is 700 per million of population, which, the CM claimed, is one of the highest in the country. He said it was done with the help of a team of 16,000 officials including Asha workers, Anganwadi, paramedics and police and all ILI patients are being tested for corona.

So far, a total of 5106 persons have been tested for COVID-19, out of which 5022 were found to be negative, and result of 44 others was awaited. Forty  of the tested persons were found to be positive, out of which 25 have been declared recovered and four migrated to outside state. Himachal has reported only one death due to COVID-19 so far. Remaining 10 persons are under treatment in the hospitals of the State.  He said that no case of coronavirus has been reported during the last five days from any part of the State. As many as 5852 people are still under active surveillance.

The first case for coronavirus in the State was reported on 19th March, following which a curfew was imposed in Kangra district. On 24th March, the whole State was placed under curfew to break the chain of coronavirus.

Chief Minister Jai Ram Thakur urged the Prime Minister to provide an adequate number of ventilators to meet out any eventuality. He said that manufacturing in pharma units in the State has started and is meeting out the requirements of the country as well as the world. He said that almost 80 percent pharma is in the MSME sector, therefore, the Union Government should provide all possible help to ensure smooth supply of chemical and raw material.

Jai Ram Thakur said that the State Government has constituted a Task Force to restart economic activities within the State. He said that Himachal Pradesh was a tourist State as lakhs of domestic and foreign tourists visit the State every year. But the Corona pandemic has completely ruined the tourism industry in the State, he said.

Similarly, apple plays a vital role in the economy of the State. There is an urgent need to ensure adequate supply of carton boxes and also better facility for smooth transportation of apple, he said.

Govt Prepares Alternative Academic Calendar to Compensate Loss in Education Sector, No Decision on Opening Schools Till May 3

No Sealing of Factory and Imprisonment of CEO if Any Employee Found COVID-19 Positive, Govt Clarifies