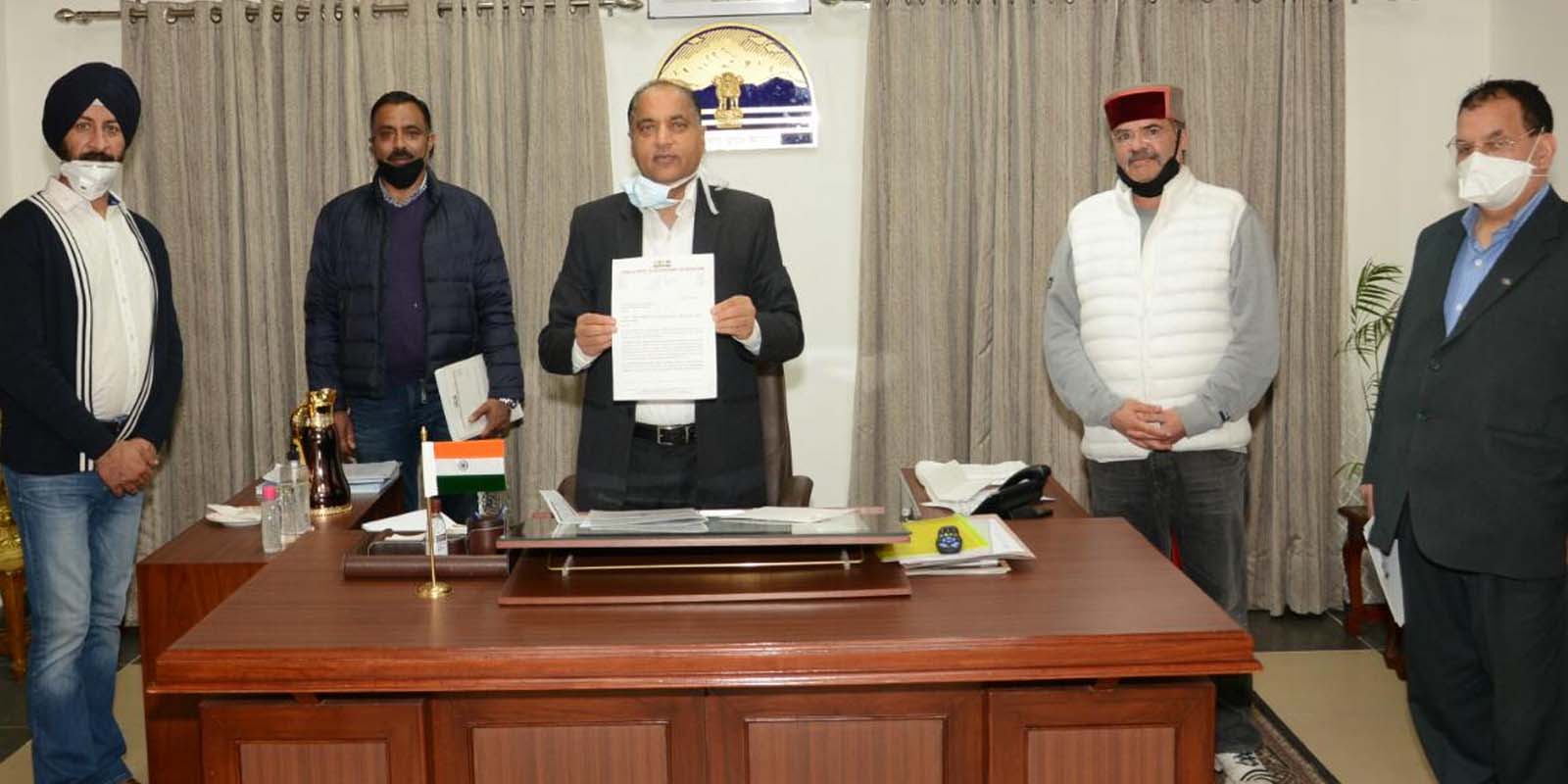 Shimla-The nationwide-lockdown in wake of the COVID-19 pandemic has badly hit the States having tourism industry as their major source of revenue. In such states, the financial crisis is staring in the face of every individual associated with the hospitality industry.

For Himachal Pradesh, this industry is the second-largest source of revenue, which implies a large number of people are dependent on their livelihood on tourism. This year, the State tourism activity is sure to remain closed during both the peak seasons for tourism– summers and winters.

The fear of loss of jobs or unpaid leaves is looming large on the heads of lakhs of people employed with travel agencies and as staff at hotels and restaurants or working as taxi drivers etc. The revival of this industry would be a slow process even after the end of the lockdown.

With this concern, led by its president Sanjay Sood, a delegation of the Shimla Hotel and Restaurants Association that also included office bearers Mr. Prince Kukreja and Mr. Baljeet Singh met the Chief Minister Jai Ram Thakur on Wednesday.

The delegation sought relief for the battered tourism industry in the State and apprised the Chief Minister regarding issues like staff salaries, electricity bills, Bar Licence fees etc.

The delegation appreciated Jairam Thakur for being the first Chief Minister to impose a complete curfew to tackle the COVID-19. The association hoped it would help making Himachal a coronavirus-free State soon.

However, due to the lock down, the tourism industry has taken a major setback and would take a much longer time to revive as compared to any other industry due two major reasons, he said.

First, people will be scared to travel for a long time even after the situation normalises. Secondly, due to poor financial health post-lockdown, people will be left with very less spending capacity and would be busy resurrecting their lost businesses rather than travel for leisure.

Sanjay Sood said that the majorly affected industry would require immense support from the State Government to revive itself. He sought some immediate reliefs to tide over the major crises, which are as followed:

Note: The below-given information has been published from the presentation given to the Chief Minister by the Delegation and is not edited by Himachal Watcher.

This support is not required immediately, but post lockdown the Govt should promote & advertise our destinations extensively & encourage domestic tourism. All pending proposals with regard to infrastructure should be cleared at the earliest, for this sector to pick-up.

“There are some issues like reduction in GST on Hotels, Loan waivers and repayments which are a central Government subject. You are requested to get a special package for Himachal Pradesh as hospitality is a very big Industry here,”

Further, he assured that the association would extend its full support during these uncertain and hard times.