Shimla-Today, after a 40-day-long strict curfew and lockdown, just when Himachal Pradesh was nearing the zero mark in terms of COVID-19 positive cases, two new cases are haunting the State again.

Today, a resident of Joginder Nagar, Mandi district, tested positive for COVID-19. This man had reportedly returned from Delhi on April 29 with a couple of other persons. As per the district administration, he was home-quarantined after his return. His sample was sent for testing at the Lal Bahadur Shastri Medical College, Nerchowk after he complained of fever.

With this, Mandi district has reported its first case and the total number of cases has risen to 41 in the State. The number of active cases in State is now two. There was only one active case in the State and the Government was hoping to soon become a COVID-19 free State. Also, the Government, especially the district administration,  would have to rethink relaxations given in restrictions which came into effect from today – in phase three of lockdown. 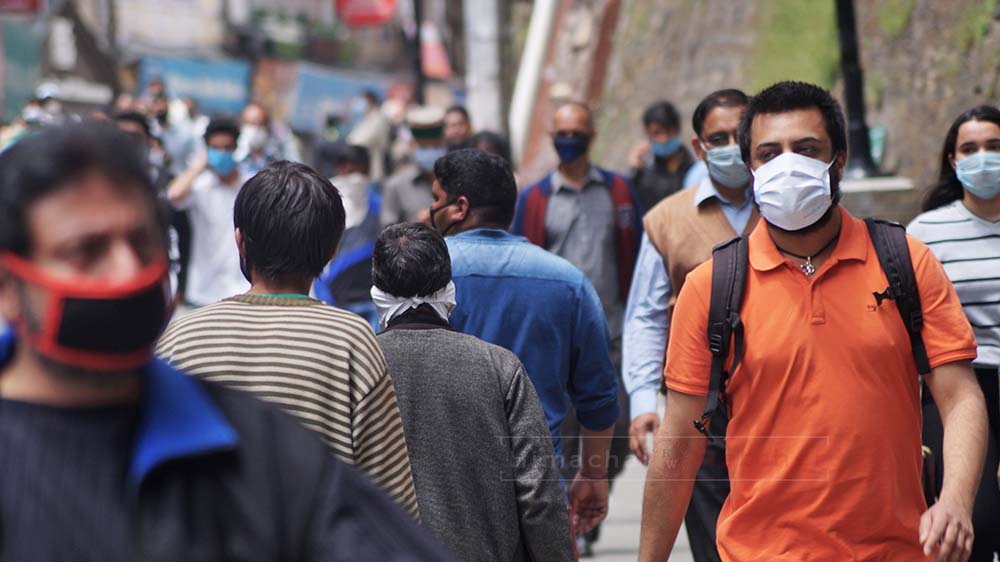 Scene from Shimla Mall on May 4, 2020 after Govt Decided to Open All Shops and Gave Curfew Relaxation of 5 HoursAn official of the College confirmed the report. The district administration has now sealed three kilometres area around the house of the patient and declared it containment zone. No relaxation would be given in this area. The Deputy Commissioner, Mandi district, Rugved Thakur, confirmed the report.

In a second case, a female resident of Gurdaspur who was living in a labour hostel in Jharmajari in the BBN area, Solan district, was tested positive in Punjab. She was employed with a company in Baddi.

As per initial reports, it is believed that this woman had visited a health facility in Baddi a couple of weeks ago, and then she went to her home in Punjab.

Now, as her report was found to be positive for COVID-19, the BBN area has come under the scanner. Other inmates at the labour hostel where this woman was staying and the staff at the health facility she had visited would also be tested for COVID-19.

However, it’s still not clear whether she got infected in Baddi or Punjab.