Shimla– The Department of Transport, Himachal Pradesh, has issued notification confirming nod to restoring public transport within the State from June 1, 2020. The transport services would be allowed only between 7:00 AM to 7:00 PM. The buses are allowed to ply with a maximum of 60 per cent seating capacity to maintain social distancing. The District Magistrate and Superintendent of Police have been directed to provide adequate police force for crowd management

General directions have been issued for the staff and passengers.

(b). Inside the bus (passenger protocol)

1, Proper sanitization and cleanliness must be ensured in the dining area, kitchen and toilets at Dhabas/restaurants.

2. Every Dhaba/restaurant must have sanitised for public use.

3. Soap dispenser must be available in the toilet and each washbasin.

4.Seating arrangement in the dining area must be such that proper physical distancing be maintained.

Any violation of these orders will be subject to prosecution under relevant provisions of the National Disaster Management Act 2005, the Motor Vehicle Act 1988 and such other laws as may apply. 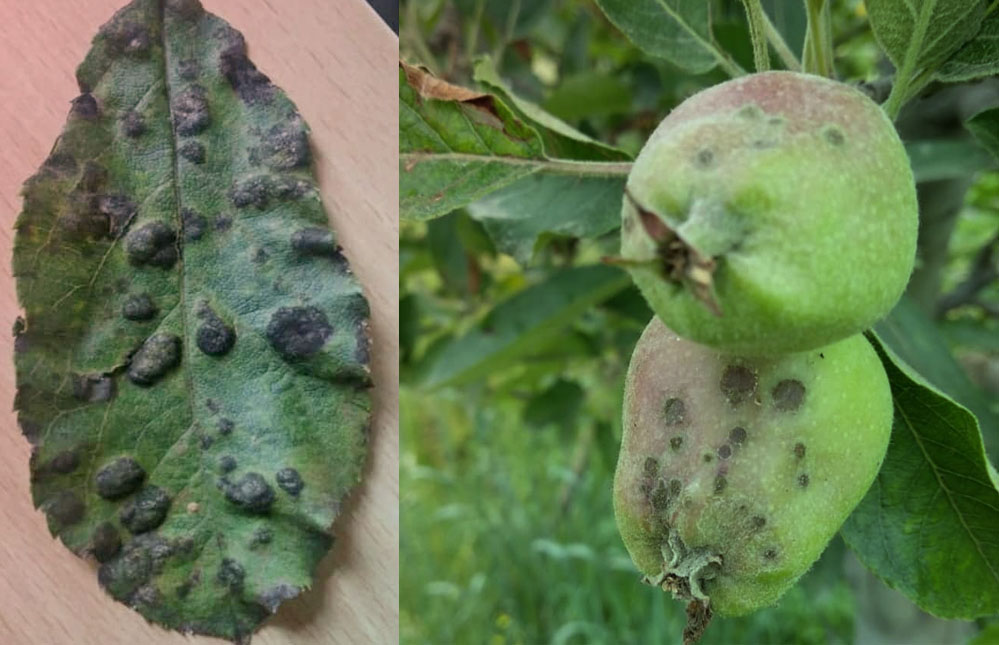 Due to the arrival of monsoon, there is an excess of moisture in the air due to which an outbreak of diseases in plants is witnessed. The problem of scab in apple, which was considered to be almost eliminated, was also seen in some areas of Himachal Pradesh last year. This year, incidents of scab disease have been reported from some areas of Kullu, Mandi and Shimla. Therefore, it is necessary to take measures to prevent the progression of the disease. Dr YS Parmar University of Horticulture and Forestry (UHF), Nauni has issued an advisory to farmers for the effective management of apple scab, premature leaf fall and Alternaria leaf fall. The following advisory must be followed by the orchardists to effectively manage the diseases. 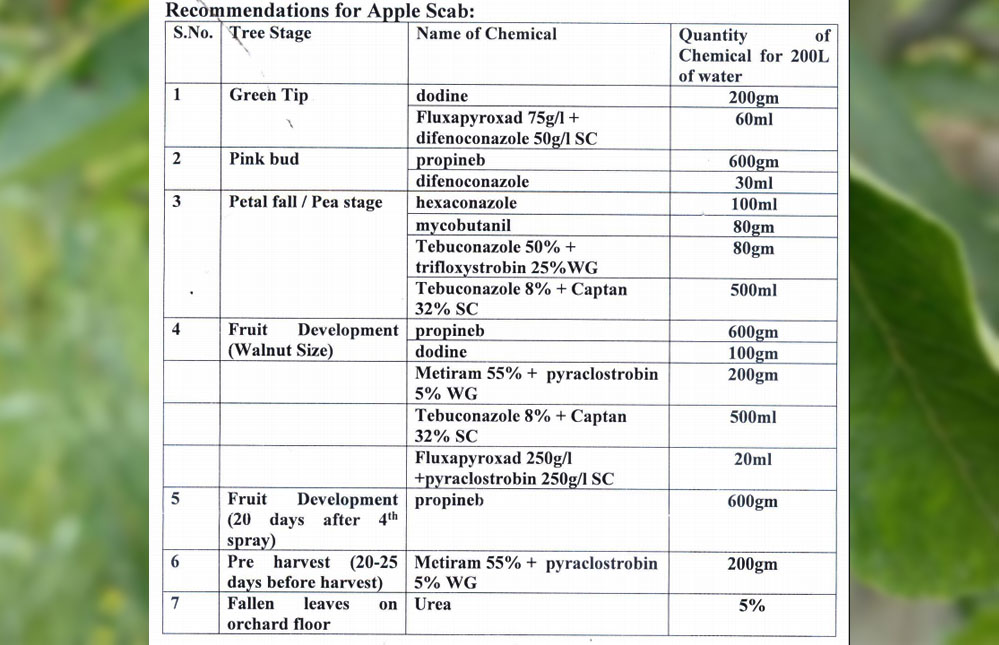 The university has advised the farmers to strictly follow the spray schedule recommended by the university and the horticulture department and take all safety precautions while undertaking spray.

Dr Parvinder Kaushal, Vice-Chancellor of the University said that the university is alert about the whole situation and it has been ensured that the scientists working in the University departments, Krishi Vigyan Kendras and Regional Research Stations located in the areas from where such incidents have been reported are providing scientific inputs to control the problem. The scientists are also visiting the orchards. He added that the university is very cautious towards this situation so that the farmers do not suffer losses.

What is Apple Scab

Apple scab is caused by the fungus, Venturia inaequalis. The fungus overwinters mainly in the infected fallen leaves on the orchard floor through the formation of pseudothecia, which produce ascospores in the spring. After deposition on leaf or fruit surface, the ascospores germinate in a film of moisture.

The minimum wet period needed for infection is 9 hrs at 17oC. Once the infection has occurred, the fungus produces conidiophores and conidia. Sporulating lesions become visible approximately 9-17 days after infection depending upon the temperature, leaf wetness and relative humidity. The minimum relative humidity needed for sporulation to occur is between 60-70%. Upon sporulation, conidia are dispersed to leaf and fruit tissue by wind and splashing rain.

Scab symptoms are observed on leaves, petioles, fruits and twigs. The symptoms appear in the spring as small dull olive-green patches on the young emerging leaves and sometimes only on the underside. As the disease progresses, darker spots develop on both surfaces of the leaves. Young lesions are velvety, brown to olive green or mousy black having feathery and indistinct margins.

Later, these lesions coalesce and the tissues surrounding them thicken and the leaf surface is deformed, curled and distorted. Sometimes, the entire leaf surface gets covered with scab lesions. Such infected leaves turn yellow and may fall prematurely. Small superficial lesions or large patches develop on the fruit surface usually at the calyx end. The severe early infection results in the formation of misshapen fruits and serious cracking while shrivelling often occurs. The lesions on the twig are small, 3–5 mm long, slightly raised and reddish-brown spots which later develop as blisters and cause bursting of bark. 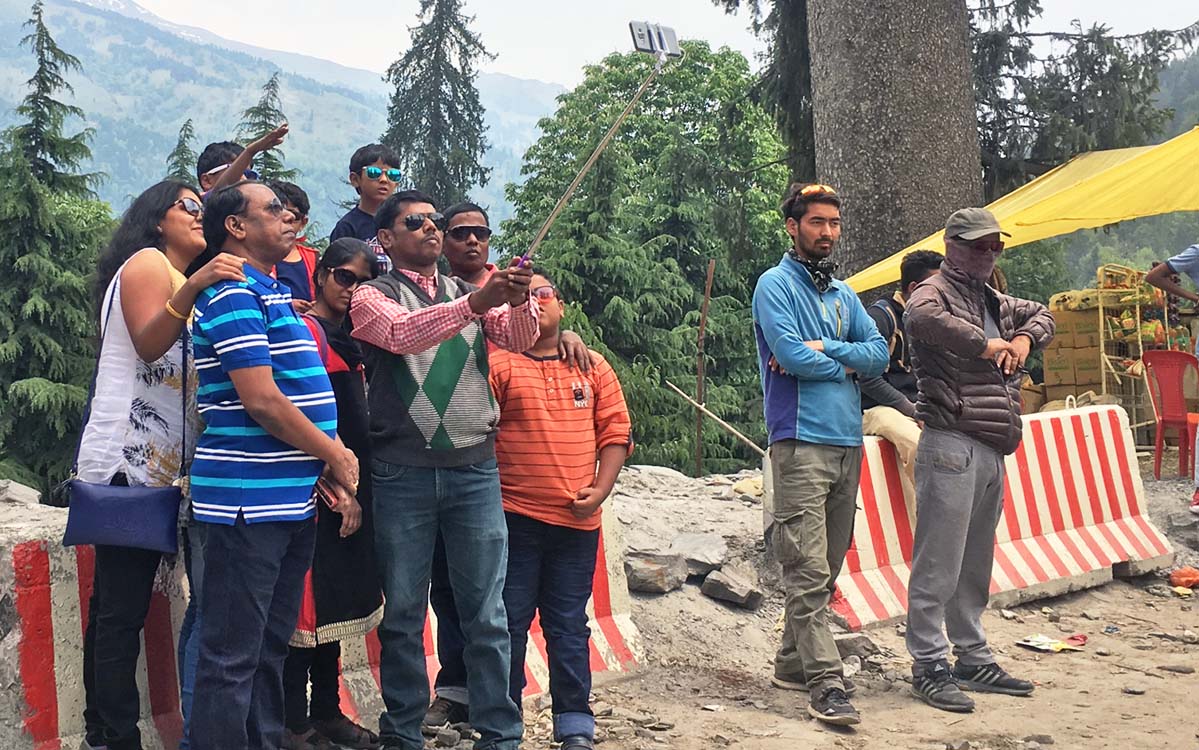 Kullu-Tourism industry leaders and village heads in the state have rejected the Himachal Pradesh government’s guidelines to reopen tourism in the state.

said Anup Thakur, president of the Manali Hoteliers Association.
Hotels in Kullu, Manali and Shimla aligned with two Hoteliers Associations have decided to stay closed until September. They have requested the state government to train tourism industry staff and prepare medical facilities in the state before allowing tourists in.
On July 4, the HP State government had released a list of standard operating procedures, (SOP) with safety and hygiene guidelines.

“The hotel industry was not involved in the making of these SOP’s, unfortunately,” said Sanjay Sood, President, Hotel and Restaurant Association, Shimla, “our industry has taken so many losses and peak tourist season has ended, I don’t understand why the government is in a hurry to open the state for tourism, risking the lives of all citizens,”

he added.
With no Hindi translation available from the state government, it is difficult to believe that the 29-page long English document posted on the tourism department’s website has even been read by all hotel, homestay, bed and breakfast and small tourism business owners. In a state where the majority of the population prefers to speak and read in Hindi, it is both arrogant and illogical for the State government to make and post guidelines only in the English language.

Most of the hotels in the state are owned by small business owners and located in rural areas.

“We mostly have small hotels with 5 to 50 rooms in the state,”

says Sanjay Sood.
These small hotels and all other tourism related small businesses do not have the resources or the training to follow the complicated guidelines and procedures that the state government has laid out.

“In Kullu district, 90 percent of the hotels and homestays are in village panchayat areas,”

added Anup Thakur.
People in villages are worried about being infected by the coronavirus and are already watchful of outsiders and vehicles from outside the state. Village pradhans have consistently refused to allow outsiders keeping in mind that testing for COVID-19 and health facilities in rural areas are zero to almost nil.

“Almost all the panchayats in Manali area (Palchan, Vashisth, Jagatsukh, Shanag, Burwa, Prini, Gojra) have submitted to me in writing that they are not ready to reopen for tourism, this is a warning for me,”

said Anup Thakur.
Himachal Watcher has a copy of the letters and the panchayats have refused to allow tourists in hotels that fall in their jurisdiction.
For residents coming back to Himachal Pradesh, there is a 14-day mandatory institutional or home quarantine, for tourists entering the state, there is no quarantine rule, they are allowed everywhere and can endanger residents if they are infected by the coronavirus. The coronavirus has a 5 to 14 days incubation period during which people may test negative and might show no symptoms but are still carriers and can infect healthy people.
Until now Himachal Pradesh has escaped the worst of coronavirus disease, with 1083 cases officially as of 8 July and 9 deaths.
Long queues were seen at Shoghi barrier before Shimla and many vehicles were turned back as they had no COVID negative test reports. In Kullu district, police sent back 70 tourists without COVID-negative test reports in the required format, (just slips of paper from hospitals saying they were COVID negative), seven tourists were allowed as police confirmed they had both a 5-day booking and a negative COVID test report from the last 72 hours. One group who lied to the police to enter Himachal, saying they had a wedding and had no valid hotel booking were arrested and charged under relevant sections of the law.
News reports of fake COVID test reports being given for a price in Uttar Pradesh have also alarmed locals in Himachal. The timing of this decision is also being questioned.

“With the speed that cases are increasing now, 25000 new cases per day, this decision is arbitrary and we need better tracking, tracing and treating of cases, not allowing 1000’s of people daily,”

“We want to promote healthy and safe tourism and this is not the way, we also want tourists to have a good experience when they are in Himachal,”

says Anup Thakur. Whether this decision of the government helps livelihoods in Himachal or pushes residents into a corner with no way out is something only time will tell. 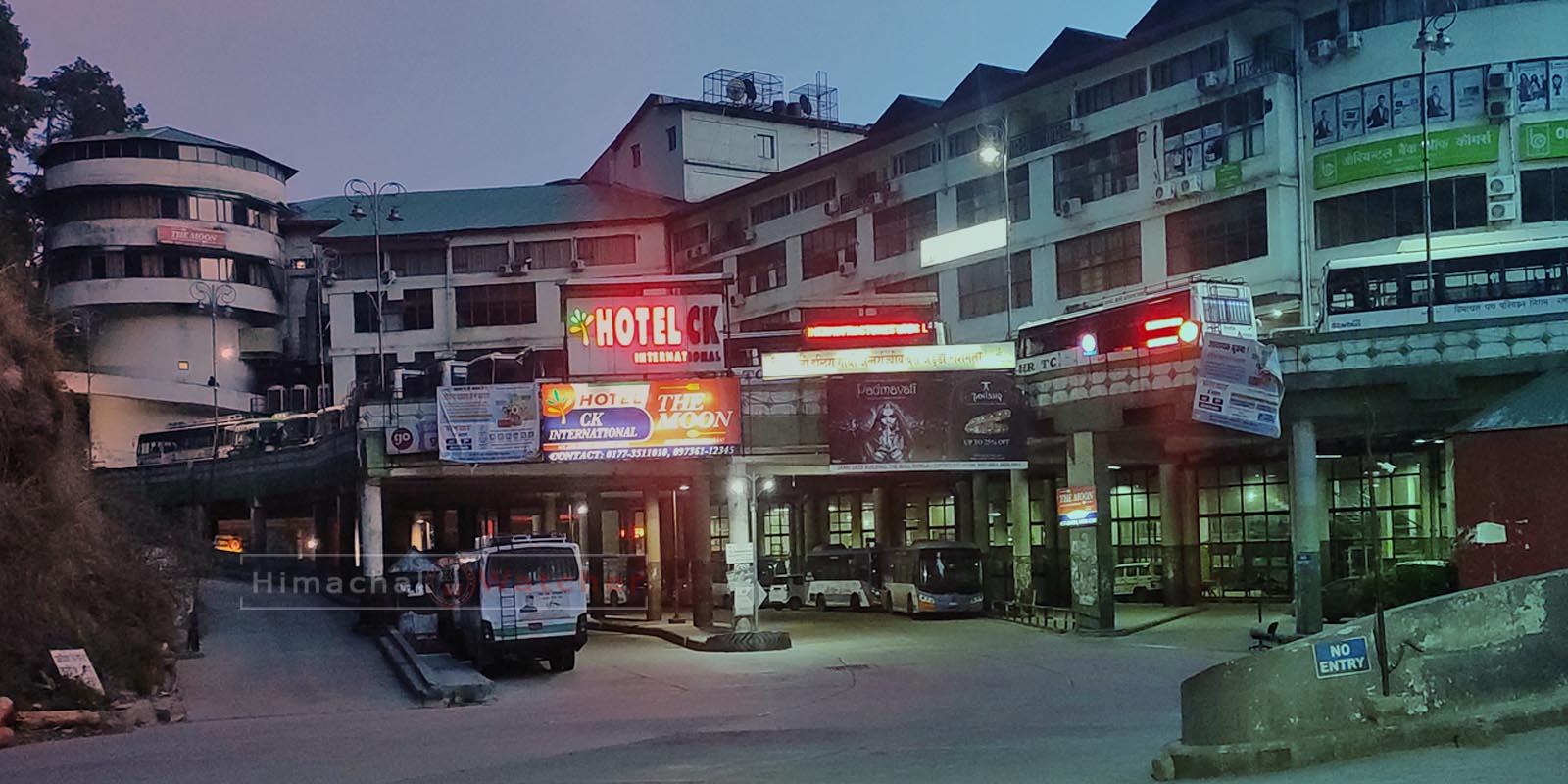 Shimla-HP Government has announced a scheme for Interest Subvention on Working Capital Loan for Hospitality Sector in view of the COVID-19 pandemic, informed the Director of Tourism and Civil Aviation, Yunus Khan on July 7, 2020. It implies that the government would be paying a part of the interest on the loan or offering subsidy on the interest.

Yunus said that the Government has notified the scheme for Tourism sector for providing loan to working capital for immediate needs. The rate of interest fixed is a maximum of 11 percent per annum on a monthly compounded basis.

The interested registered tourism units can avail the benefit of the scheme till March 21, 2021, from the date of notification of this scheme.

The loan would have to be repaid in four years including initially two years of interest subvention and also includes the initial one year of the moratorium. In the first two years of the repayment of the loan, 50 percent of the interest amount will be reimbursed by the State Government at the end of these respective years, whereas the remaining two years interest will be paid by the borrower himself.

First criteria is that a unit must be registered with the Government. Further, the criteria of eligibility would be based on an tourism unit’s GST payment history. However, small registered units who are not covered under GST would be eligible under the said scheme at Rs. 1.5 lakhs per room subject to a loan of a maximum of Rs. 15 lakhs.