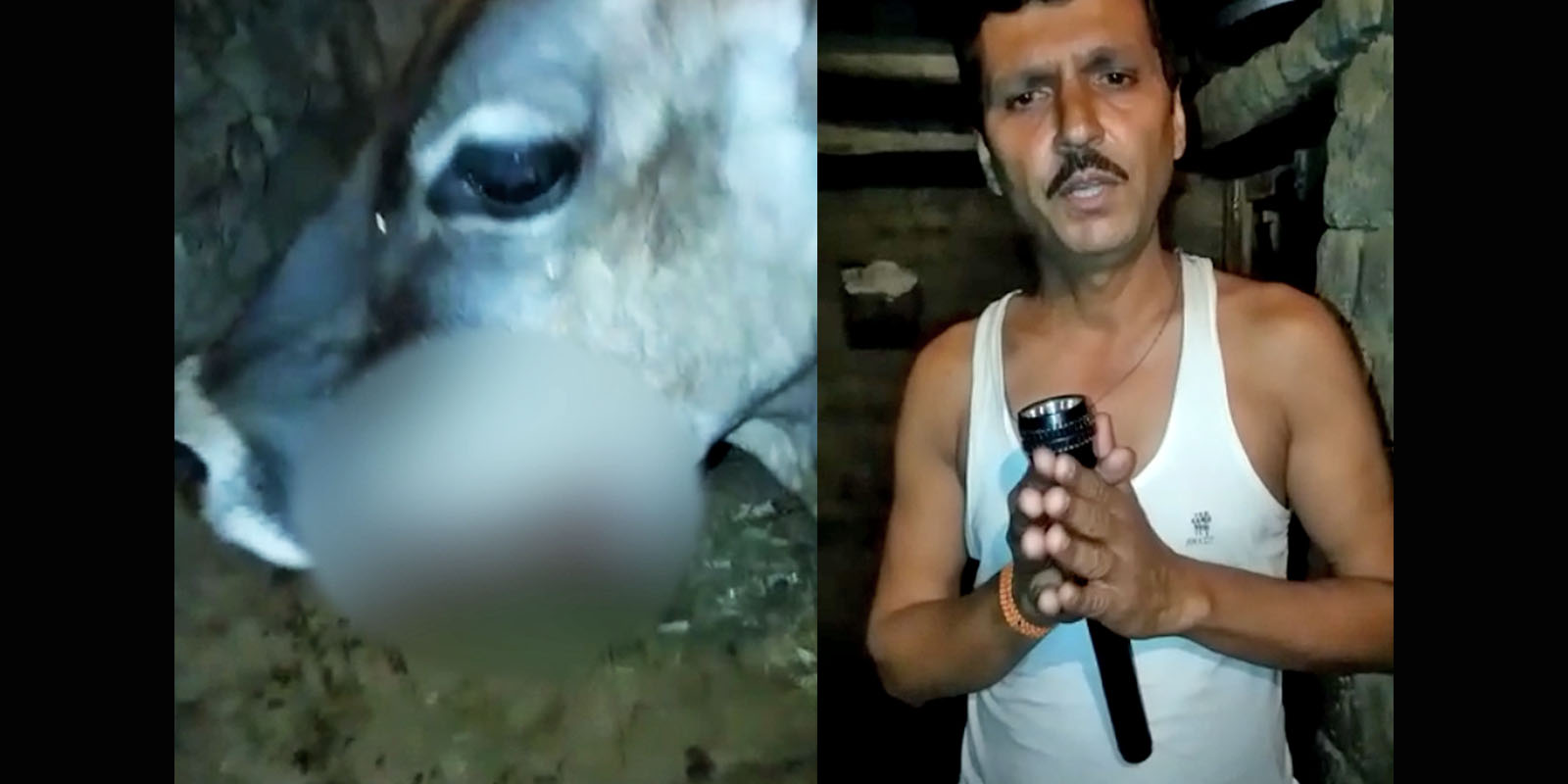 Bilaspur– A pregnant cow in DaJhanduta constituency of Bilaspur District had her jaw blown off after she reportedly ate wheat-flour balls filled with some kind of explosive. A disturbing video showing the cow with her badly injured jaws went viral. In this video, the owner of the cow, Gurdayal Singh is alleging his neighbour of feeding explosive-laden wheat flour to the cow.

However, local sources also said that farmers often practice placing eatables filled with crackers/explosive to keep the wild animals away from their crops. Forest officials also suggested that poachers also lay such such traps to hunt wild animals like wild boars, but often livestock also fell victim to it.

This incident took place on May 25 and an FIR was also lodged regarding the same on May 26 on the complaint of Chander Shekhar, Up-Pradhan of Dahad panchayat , 2020. In his complaint, he stated that the owner of the cow Gurdyal Singh informed him that his pregnant cow was grazing in the field when he heard an explosion. Upon reaching the explosion site, he found that the facial jaw of the cow was injured due to explosion. The pregnant cow was provided medical aid and later she delivered a baby calf. 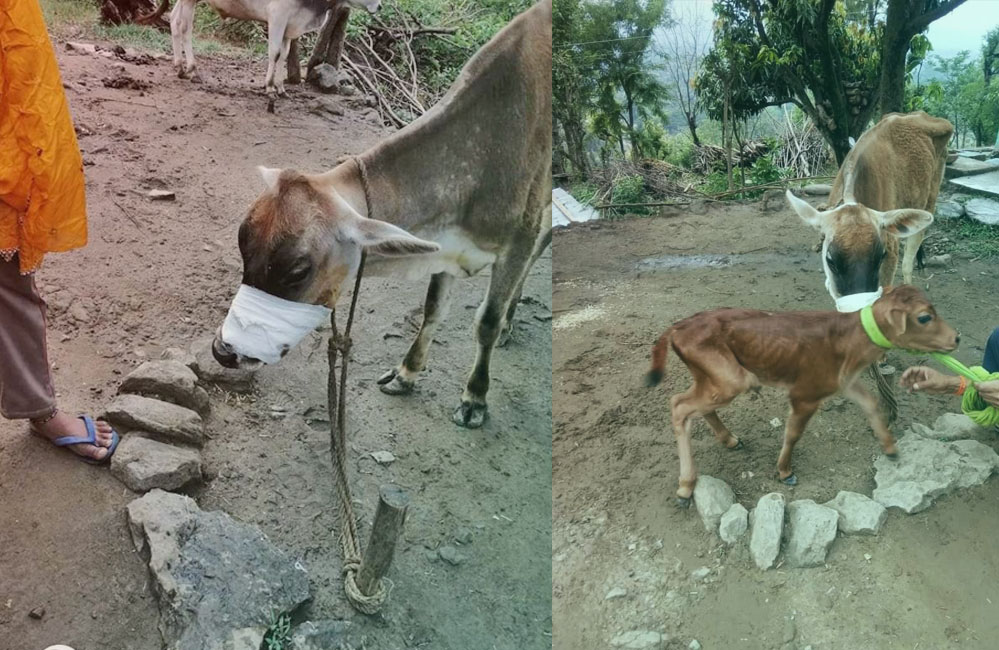 According to the owner, no action was taken since the filing of the complaint,  and it was today that accused Nand Lal was arrested after the video sparked a public outrage on social media. This raises a serious question over the working of police.

The Deputy Superintendent of Police, Bilaspur, Sanjay Sharma, also reached the spot. He said statements of some people have been taken and samples were also collected from the spot for forensic testing. He said a case under IPC 286 ( Negligent conduct with respect to explosive substance), Section 11 ( Prevention of Cruelty to Animal Act)  and IPC 429 (Mischief by killing or maiming cattle, etc) was registered and an investigation was in progress.

The video was posted on social media but it only gained attention when the case related to the death of a pregnant elephant in Kerala after she was allegedly fed pineapple filled with firecrackers. The case of the elephant is drawing criticism from across the nation.

Now, the appearance of a similar case in Himachal Pradesh has shaken the State. As the case relates to a cow, the incident has created a sensitive situation as ‘Gau Raksha’ has been a major agenda for the ruling government supported by right-wing organizations. Chief Minister Jairam Thakur had to release a statement in which he assured that action would be taken against whoever would be found guilty.