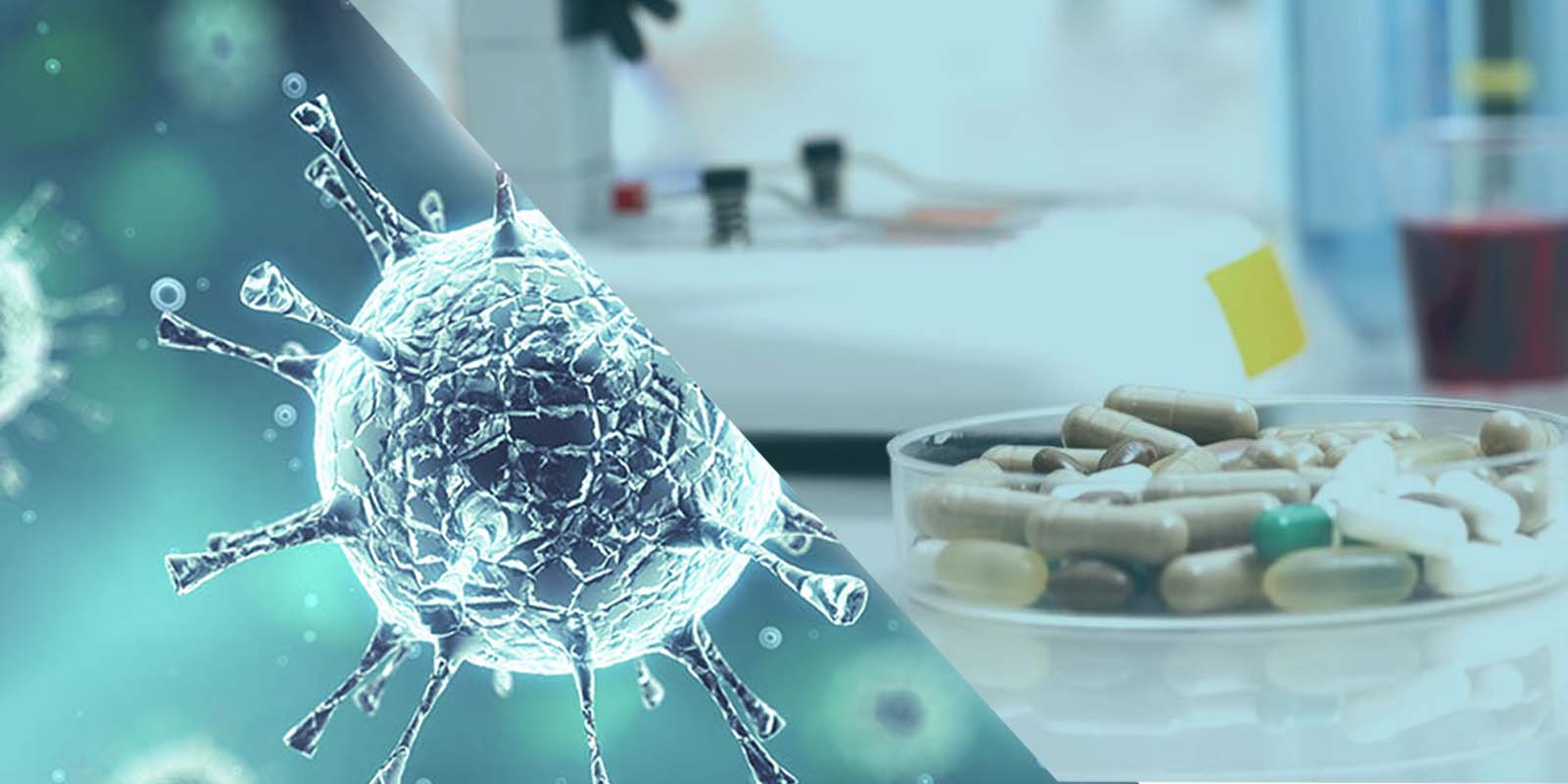 Researchers at Oxford University have claimed a breakthrough in the fight against COVID-19 pandemic. According to the researchers, dexamethasone reduced deaths by one-third in ventilated patients.

According to the researchers, a total of 2104 patients were randomised to receive dexamethasone 6 mg once per day (either by mouth or by intravenous injection) for ten days and were compared with 4321 patients randomised to usual care alone. Among the patients who received usual care alone, 28-day mortality was highest in those who required ventilation (41%), intermediate in those patients who required oxygen only (25%), and lowest among those who did not require any respiratory intervention (13%).

Dexamethasone reduced deaths by one-third in ventilated patients and by one fifth in other patients receiving oxygen only. There was no benefit among those patients who did not require respiratory support.

Based on these results, one death would be prevented by treatment of around eight ventilated patients or around 25 patients requiring oxygen alone.

Given the public health importance of these results, the researchers are now working to publish the full details as soon as possible.

Peter Horby, Professor of Emerging Infectious Diseases in the Nuffield Department of Medicine, University of Oxford, and one of the Chief Investigators for the trial, said,

“Dexamethasone is the first drug to be shown to improve survival in COVID-19. This is an extremely welcome result. The survival benefit is clear and large in those patients who are sick enough to require oxygen treatment, so dexamethasone should now become the standard of care in these patients. Dexamethasone is inexpensive, on the shelf, and can be used immediately to save lives worldwide.”

Martin Landray, Professor of Medicine and Epidemiology at the Nuffield Department of Population Health, University of Oxford, one of the Chief Investigators, said,

Since the appearance of COVID-19 six months ago, the search has been on for treatments that can improve survival, particularly in the sickest patients. These preliminary results from the RECOVERY trial are very clear – dexamethasone reduces the risk of death among patients with severe respiratory complications. COVID-19 is a global disease – it is fantastic that the first treatment demonstrated to reduce mortality is one that is instantly available and affordable worldwide.”

‘This is tremendous news today from the Recovery trial showing that dexamethasone is the first drug to reduce mortality from COVID-19. It is particularly exciting as this is an inexpensive widely available medicine. This is a ground-breaking development in our fight against the disease, and the speed at which researchers have progressed finding an effective treatment is truly remarkable. It shows the importance of doing high-quality clinical trials and basing decisions on the results of those trials.’ 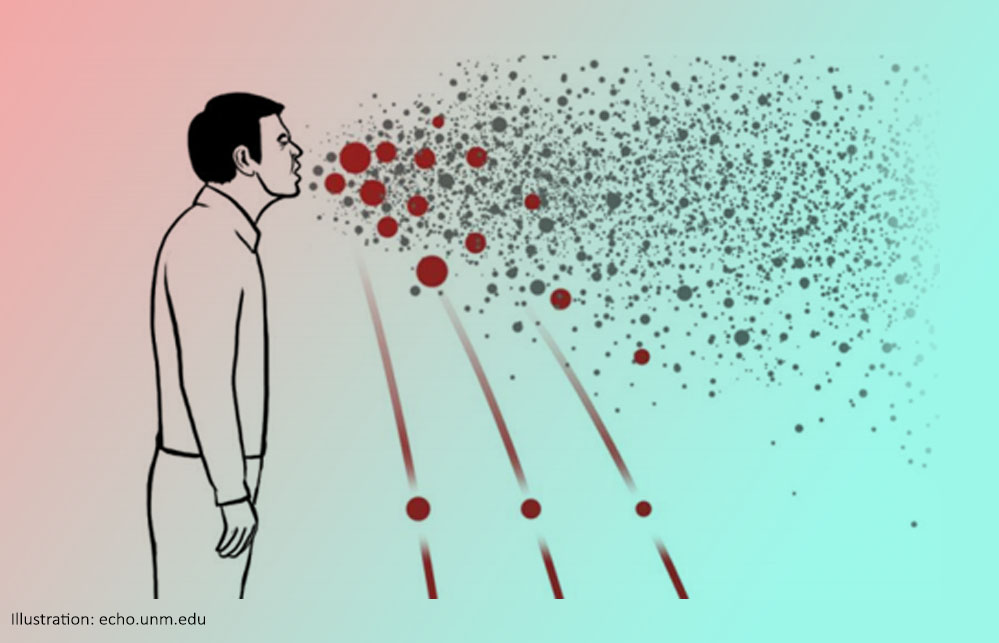 Geneva-It’s already known that COVID-19 spreads primarily through small droplets expelled from the nose and mouth of an infected person. But these droplets, according to previous studies, sink to the ground after travelling in the air for a few meters.

However, after 239 scientists in 32 countries wrote to it regarding evidence of airborne transmission of coronavirus in their studies, the World Health Organizations finally acknowledged this possibility and updated its guidelines regarding “Modes of Transmission” on Tuesday.

In the newly added information, WHO said that outside of medical facilities, some outbreak reports related to indoor crowded spaces have suggested the possibility of aerosol transmission, combined with droplet transmission, for example, during choir practice, in restaurants or fitness classes.

“In these events, short-range aerosol transmission, particularly in specific indoor locations, such as crowded and inadequately ventilated spaces over a prolonged period with infected persons cannot be ruled out,”

“These theories suggest that a number of respiratory droplets generate microscopic aerosols (<5 µm) by evaporating, and 2) normal breathing and talking results in exhaled aerosols. Thus, a susceptible person could inhale aerosols, and could become infected if the aerosols contain the virus in sufficient quantity to cause infection within the recipient,”

At the same time, the Organization said that further studies are needed to determine whether it is possible to detect viable SARS-CoV-2 in air samples from setting.

Further, the Organization acknowledged that airborne transmission of SARS-CoV-2 can occur during medical procedures that generate aerosols (“aerosol-generating procedures”).

The Organization said that getting infected through airborne mode can be prevented when precautions are appropriately used, including the wearing of medical masks as a component of the personal protective equipment (PPE).

An experimental study quantified the number of droplets of various sizes that remain airborne during normal speech. However, the authors acknowledge that this relies on the independent action hypothesis, which has not been validated for humans and SARS-CoV-2. It also said that another recent experimental model found that healthy individuals can produce aerosols through coughing and talking, the WHO said.

This acknowledgement has worried the scientific community that on hearing that the virus can spread through the air, health workers and the people could get panicked.  In this panic, the requirement of better PPEs like N95 masks could increase, leading to a shortage for the developing countries.

Solan: The savoury seasonal corn dish of ‘Kachol’ or ‘Kacholtu’, mainly popular in Solan district would soon become available throughout the year. Preeti Kashyap, a Solan based entrepreneur, with the technical guidance of the scientists of Dr YS Parmar University of Horticulture and Forestry (UHF), Nauni has recently launched a modern take of this traditional product as a frozen ready to cook food.

Preeti had joined the university in 2019 in the Department of Food Science and Technology (FST) for a one-year Diploma programme in Fruit and Vegetable Processing and Bakery products. While pursuing her diploma, Preeti took up her idea with the CM Start-Up Scheme of the state. On approval, she was allotted Department of FST as her incubator to refine her idea and develop it into a marketable product. University scientists Dr Devina Vaidya and her team-Dr Manisha Kaushal and Anil Gupta provided the scientific input in product development.

Preeti got the idea after seeing her grandmother prepare the traditional dish. As the availability of raw material was limited only to a few months, the product could only be made for fresh consumption. Her idea was to make the product available throughout the year in a modernized form. The CM Startup Scheme gave her a platform to explore her idea.

At UHF, Preeti did extensive testing to increase the shelf life of the product as earlier it was only available during the availability of corn. Thanking the University and the Department of Industries, she said that the mentors at the university helped her to solve the problem of binding and extend the shelf life to nine months as frozen food and that to without the use of any preservative or external flavours. Besides, several tests including moisture and sensory test have also been undertaken to increase the quality of the final product. 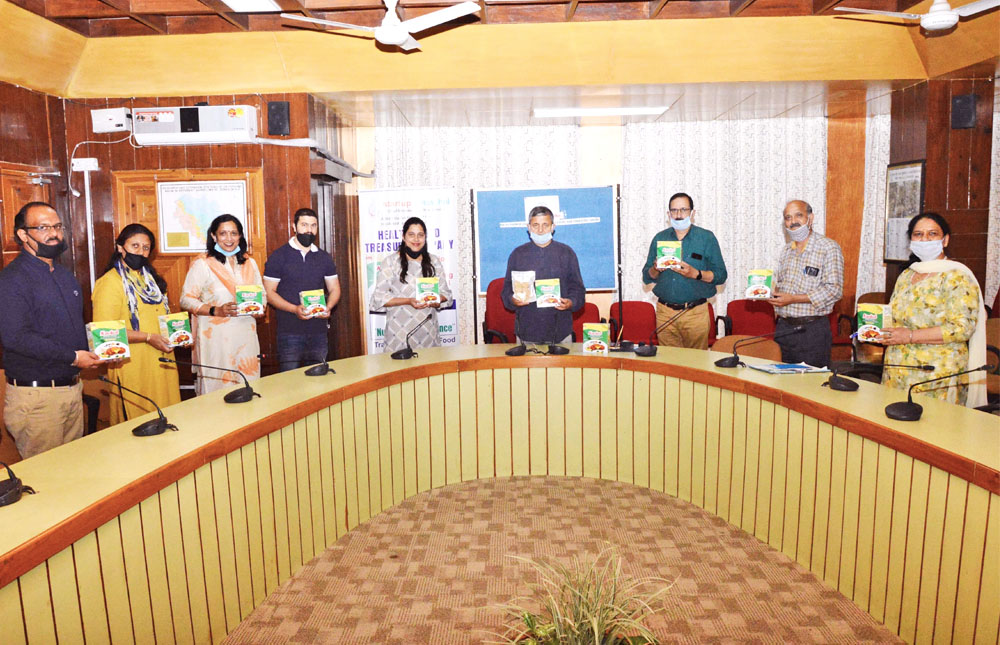 Preeti has now set up her company ‘Healthy Food Treasure’ and aims to make the product available in the market by the year-end. She is also in the process of testing sweet, lemon, garlic and fortified variants of the product.

Congratulating Preeti and university scientists on their achievement,

“It is very encouraging to see young entrepreneurs coming ahead to popularize traditional food items so that more and more people get to taste them. The university is actively encouraging its students to take up entrepreneurship in the argi-horticulture and allied disciplines where they can utilize the knowledge gained at the university to transform people’s lives through their innovative and innovative products”.

Dr Manoj Vaidya, Nodal officer of the UHF Incubation centre informed that since the inception in 2017-18, the universities has enrolled eight incubatees after a shortlist process. Two of the incubatees have managed to launch their product and set up their startup while the prototypes of three are in the final testing phase.

The startup scheme of the Himachal Government envisages practical exposure, orientation training, entrepreneurial guidance and handholding to potential entrepreneurs whose projects are approved.

Once a project is recommended by the host institution and approved by the empowered committee, monthly support is provided as sustenance allowance for one year. The centres support startups and innovation by providing mentoring services, access to their labs, facilities on a free-of-cost basis. 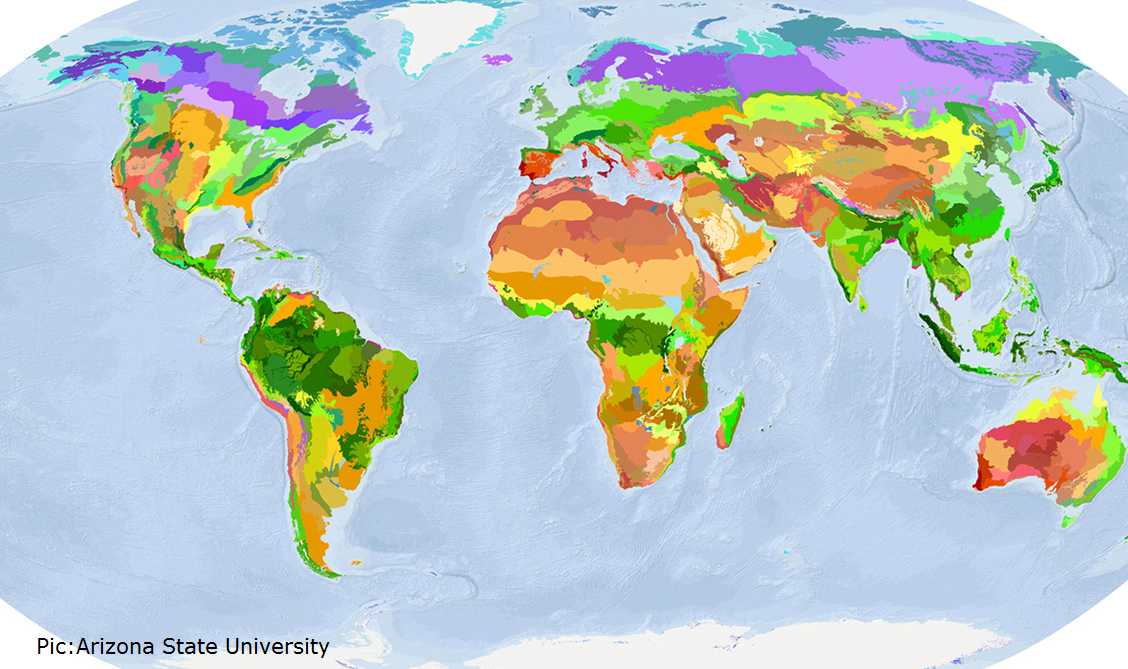 There have been five mass extinctions in the history of the Earth. But in the 21st century, scientists now estimate that society must urgently come to grips this coming decade to stop the very first human-made biodiversity catastrophe.

“The sixth extinction is on our societyʻs shoulders; it really is,” said ecologist Greg Asner, who serves on the faculty of the School of Geographical Sciences and Urban Planning and the School of Earth and Space Exploration and came to Arizona State University this past January to lead the new Center for Global Discovery and Conservation Science.

“We have to make a decision about where to save biodiversity, and where to let it go,” said Asner. “That’s where we are now. We are playing that game as a society. Unfortunately, it’s gotten to that point because we are dominating the planet.”

Asner is one of 19 international authors with a bold new science policy proposal to reverse the tide, called A Global Deal for Nature (GDN). The policy’s mission is simple: Save the diversity and abundance of life on Earth — for the price tag of $100 billion a year.

“It’s not a huge price tag,” said Asner. “That’s not a pie-in-the-sky number, but one we had to meet on and agree on. I know that those numbers are not outlandish.”

Consider that in 2018 alone, the top two most profitable U.S. companies, Apple and Berkshire Hathaway, almost matched that amount. What’s the price of saving the Earth by comparison?

Societal investment in the GDN plan would, for the first time, integrate and implement climate and nature deals on a global scale to avoid human upheaval and biodiversity loss.

While the 2015 Paris Climate Agreement was the first major accord to take global action toward climate change policies, the international team of GDN scientists believe a similar companion pact is desperately needed to implement the very first global nature conservation plan to meet these challenges.

“All nations have signed on to this (Paris) agreement,” wrote corresponding author Eric Dinerstein, of the Washington, D.C.-based nongovernmental organization Resolve. “But the Paris agreement is only a half-deal; it will not alone save the diversity of life on Earth or conserve ecosystem services upon which humanity depends.