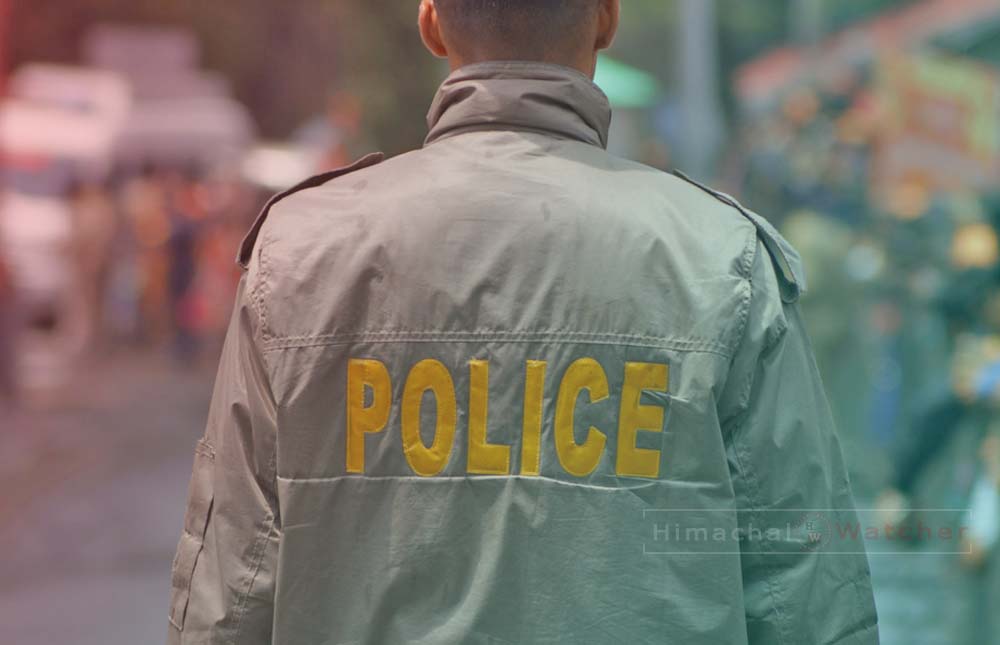 Hamirpur reported highest 11 cases, taking the COVID-19 tally for the district to 166. 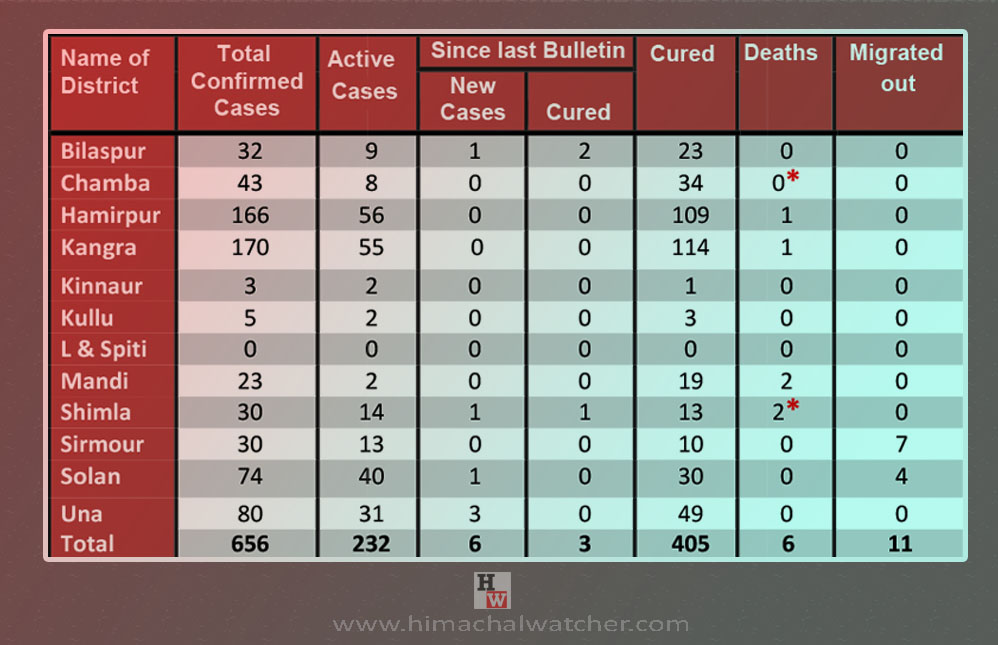 Hamirpur reported highest 11 cases, of which eight are returnees from Delhi and the remaining three have come in contact with COVID-19 positive persons. These persons belong to Sujanpur, Galore, and Tuanidevi area of the district. Total for the district rose to 166.

Kangra – the district with the highest number of cases – reported four new cases among returnees from Delhi. These persons belonged to Indora, Harchkiyan, and Jaisinghpur area.

The COVID-19 tally for Kangra has now risen to 170, of which 55 are active cases, followed by Hamirpur at the second place with 166 cases, of which 56 are active.

In Solan district, three more including a couple in BBN area and a policeman from Nalagarh tested positive. These persons were said to be contacts of a COVID-19 positive person from Gullarwala panchayat.

In Kullu, an employee at the Kullu airport, who had recently returned from Delhi also tested positive.

Further, the Bilaspur city police station was sealed yesterday after some policemen came into contact with COVID-19 positive person. Reportedly, a person who had returned from Delhi to his rented room in the market managed to evade institutional quarantine. As he had not home-quarantined himself, some locals reported it to the police. He was taken to the district hospital by police on June 17 where a sample was taken for testing.

When the test report was found to be positive, police reached his room in the city to take him to the hospital but did not find him there. He had reportedly fled the place, and police had to toil all night to catch and bring him to a COVID-19 care hospital, during which policemen came in contact with the patient.  A case has been filed against the person.

The appearance of this case is keeping the district administration on its toes as this person had been mobile for the past several days and even visited his village. He works as a marketer of sanitizers and masks in the city.

Meanwhile, questions are being raised as to why the person was allowed to go to his room as he had returned from Delhi – city with a high case-load. Delhi is in the list of 13 such cities/areas of India, and institutional quarantine is mandatory for anyone arriving from these cities.  Further, he was brought to the hospital for taking sample but was still not under surveillance.