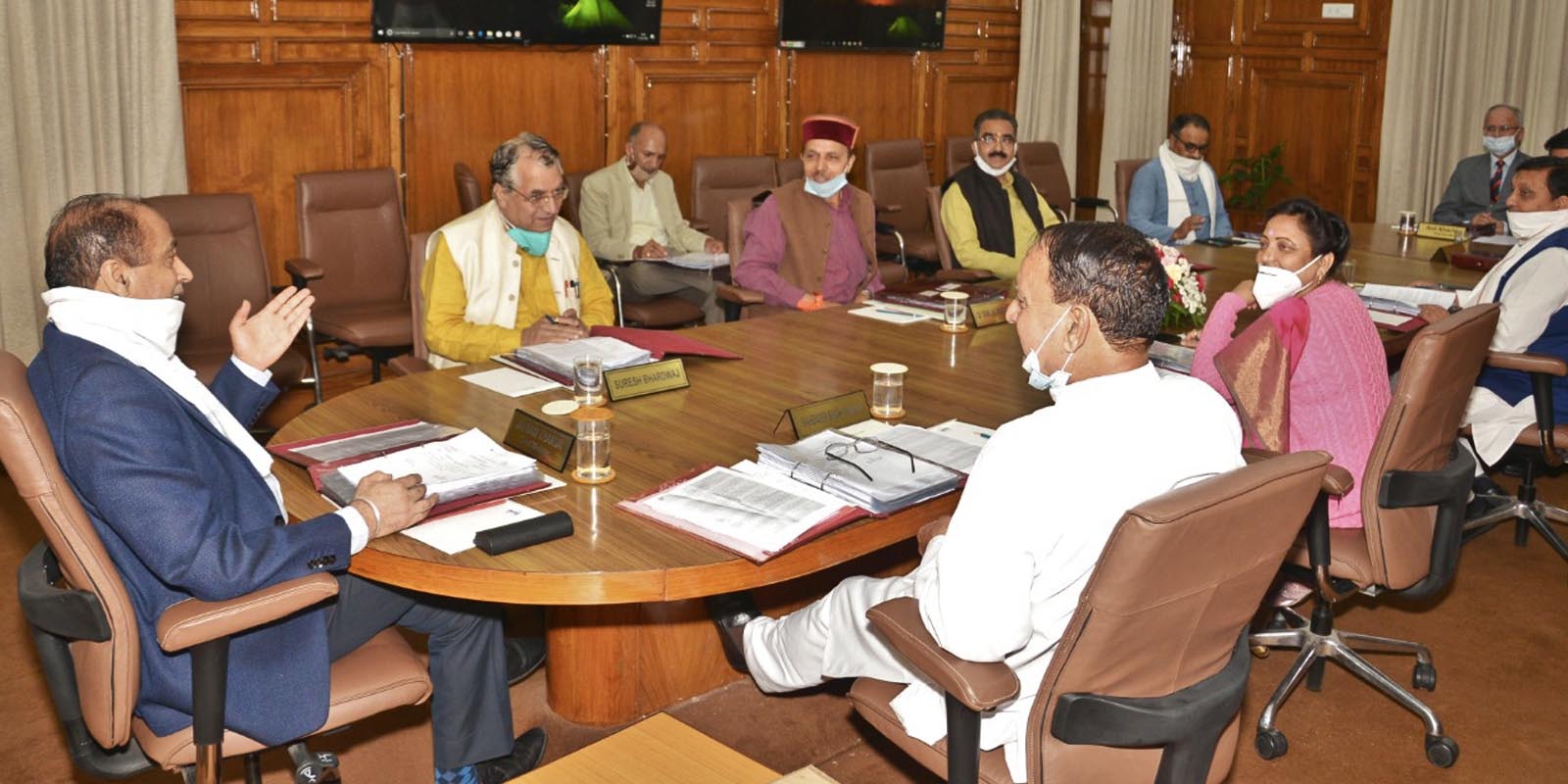 Shimla-The State Cabinet of Himachal Pradesh Government on June 25, 2020, held a meeting in which various decisions were taken including regularization the services of PTA, PAT and PARA teachers. The Government said it would benefit about 6500 PTA, 3300 PAT and 97 PARA teachers engaged in various government schools.

The Cabinet also decided to fill up 500 posts of Junior Office Assistant (IT) on contract basis in the Education Department through Himachal Pradesh Staff Selection Commission Hamirpur.

The Cabinet gave its approval to create and fill up 42 posts of different categories in Himachal Pradesh State Human Rights Commission.

It also accorded its consent to create one post of Convener-cum-Advisor to Himachal Pradesh Nasha Niwaran Board under Excise and Taxation Department to tackle and overcome the menace of drug trafficking and drug abuse in the State.

The Government would also create and fill up four posts of different categories in the newly created office of Prosecution Department attached with Additional District and Session Judge Court at Sarkaghat in Mandi district for its smooth functioning.

An extension was given for present tenders for the supply of food grains and essential commodities for the tribal and inaccessible areas of the State for the year 2020-21 on existing rates and on same terms.

The Cabinet gave its approval to open Primary Health Centre at Gram Panchayat Lech in district Chamba alongwith creation of three posts of different categories to man this Centre.

It also decided to create and fill up two posts of Perfusionist in Department of CTVS in Dr. Rajendra Prasad Government Medical College, Tanda to provide better heart care facility to the people of the area.

It gave its approval to create and fill up five posts of different categories in newly opened Sub Division of Public Works Department at Dera Baba Rudru (Basal) in district Una.

It decided to enhance the award amount of War Jagir from existing Rs. 5000 to Rs. 7000 per annum to the families of war veterans.

It decided to extend the contract period for six months from 1st May 2020 to 31st October 2020 of M/s Tata Consultancy Services till the finalization of the tender process for the selection of new System Integrator by HP State Electronics Development Corporation for implementation of HP VAT-IT Project of Excise and Taxation Department.

It also gave its approval to issue Letter of Intent in favour of M/s Hillthrill Agro Processors Private Limited for setting up of winery based on fruits at Badhu in Chachiot tehsil of Mandi district.

The Cabinet also decided to issue Letter of Intent in favour of M/s Alcobrew Distilleries India Private Limited for setting up of distillery unit at village Kandla in district Solan with an investment of Rs. 65.39 crore.

Further, it also decided to issue letter of Intent in favour of M/s Alcobrew Distilleries India Private Limited for setting up of distillery unit at village Kandla in district Solan with an investment of Rs. 65.39 crore. 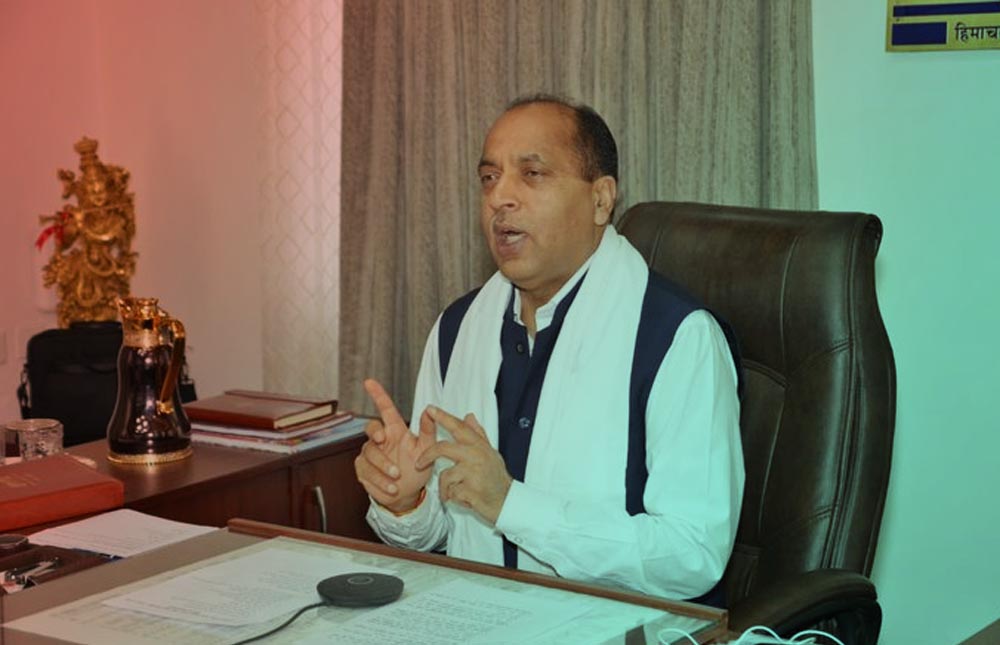 Shimla-On the one hand, Himachal Pradesh Government is allegedly harassing nearly 200 tribal women of Spiti for being vigilant and denying entry to the large convey of Cabinet Minister Ram Lal Markanda early in June for not following the rules regarding quarantine, but on the other hand Chief Minister Jairam Thakur is urging the womenfolk to keep a strict vigil on the people coming home from other States, who have been kept in-home quarantine.

He urged them to help to monitor such people so that they don’t jump home quarantine. He said that this would help in checking the spread of this virus at the community level. He was reportedly interacting with rural women who are beneficiaries of Pradhan Mantri Ujjawala Yojna on Monday.

The Chief Minister also made a big claim that Himachal Pradesh has become the first state in the country where cent percent households have LPG gas connections.

The CM claimed that Under the Pradhan Mantri Ujjawala Yojna, gas connections were provided free of cost to 1.36 lakh families of the State. 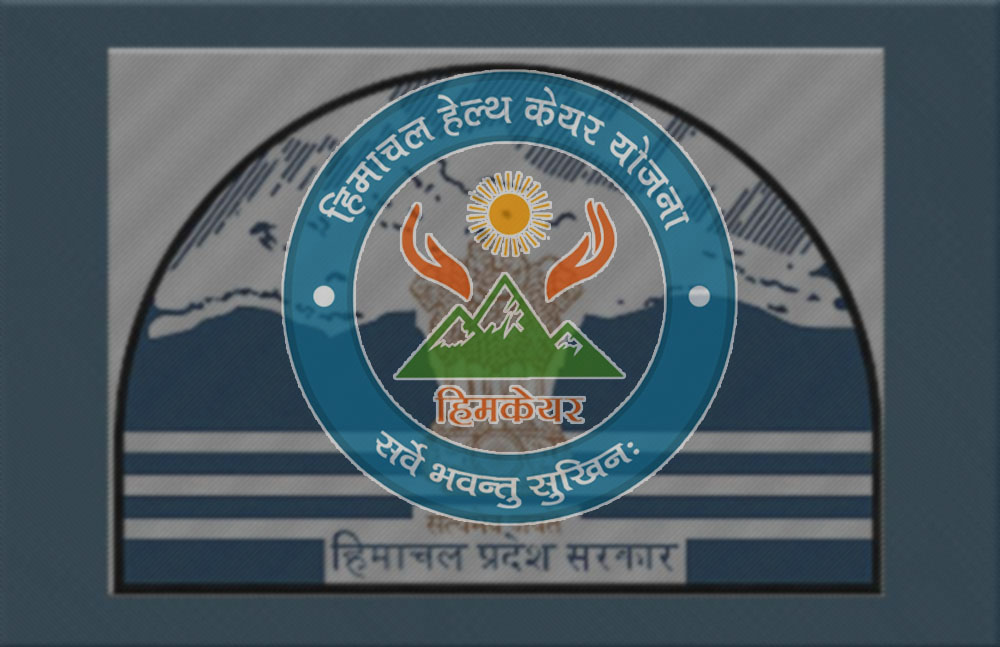 ACS said that those families whose card has expired on 30th June 2020, didn’t renew their card till 15th July 2020, then they would have to wait till January and would not be able to avail the benefit of free health treatment.

Further, on Monday, Dhiman said the economic and tourism activities would be increasing in the State, therefore, it was important to stay alert of this virus for self-safety and safety of the society.

This statement regarding safety from coronavirus is contrary to the decisions of the state government to open tourism activity amid a spurt in COVID-19 cases.

The State Government is facing a backlash from every sphere of society for opening borders for all, especially tourists, without the need of e-pass or permission from the authorities. This decision is more likely to fuel the COVID-19 outbreak in the State.

At the same time, Dhiman is asking the people not to get afraid of coronavirus and to follow the guidelines issued by the Government, maintain self-hygiene, keeping a physical distance of one meter or three feet from another person, to avoid crowding at one place, cover the mouth with a mask or face cover and do not touch the nose, eyes and mouth. 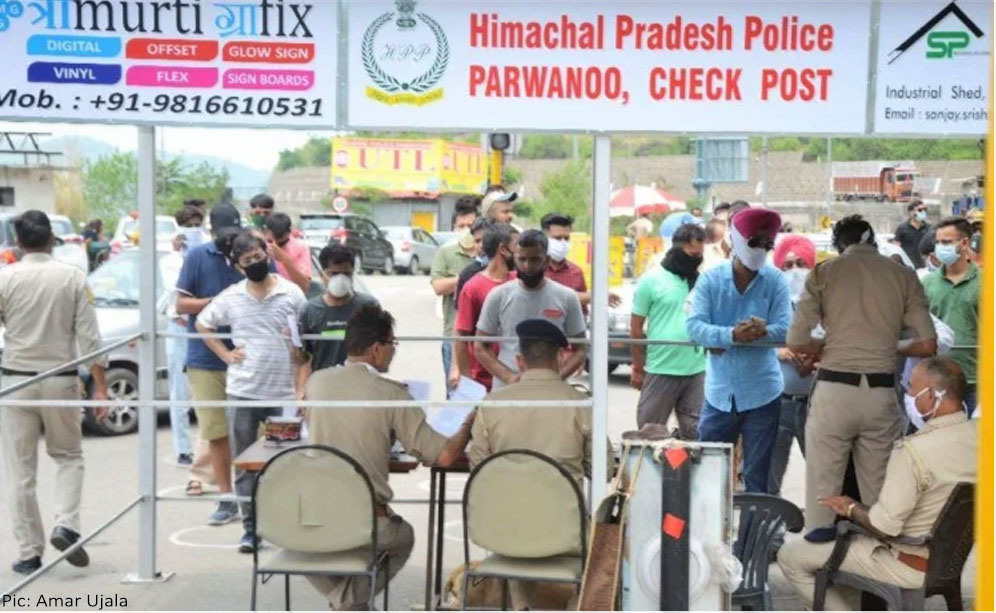 Shimla: With the decision of Jairam Thakur-led State Government to allow tourist activity and to allow people from other states to enter Himachal Pradesh without obtaining e-pass or permission from district authorities, a beeline of vehicles was seen at the Parwanoo inter-state barrier on Sunday. This led to a traffic jam as over 1700 vehicles including both residents and tourists lined up at the barrier.

A large number of them were sent back from the barrier as they lacked required COVID-19 negative report or had not registered on the e-pass portal.

However, several tourists were allowed to enter the state after verifying their documents and COVID-19 reports, the authorities said.

According to a media report, some tourists reached Kasauli and Barog – popular spots for weekend tourism. They reportedly returned after spending a few hours. Contrary to this, the mandatory condition for tourist entry says that visitors would have to make a booking of a minimum of five days.

Similarly, visitors and returnees had reached other boarders like in Swarghat and Mehatpur.

Also Read: All SOPs for Hotels, Restaurants, Home-Stays and Others Involved in Tourism Industry

Another issue that the authorities would face is verifying that all tourists who had entered the State returned. Tourist would have to furnish a COVID-19 negative report not older than 72 hours, register on the online portal, and make an advance booking of a minimum of five days. The SOPs have not defined as to how to verify that every single tourists have existed the state after the expiry of the mentioned duration.

Further, residents of the State are questioning the government over discrimination in quarantine rules. While tourist can enter the state and roam around for a few days without being quarantined, the residents would have to follow institutional and home-quarantine strictly even if they have a COVID-19 negative report.

It’s pertinent to mention that the Government is already facing a backlash over its decision to open the State borders for tourists at a time when the State is witnessing a surge in COVID-19 cases. The hoteliers were also not in favour of opening the State for tourists. The residents are feeling insecure following this decision as they fear it would lead to a bigger coronavirus outbreak. With appearance of 17 new cases yesterday, the the COVID-19 tally for the State had reached 1064.

Considering the beeline of tourist vehicles merely after 48 hours of the announcement to allow tourism activity, it is clear that tourists are likely to flood the state in the coming days. Monsoon would be the only deterrent currently. What’s concerning is that hospitality industry did not get any time to train staff or arrange all facilities mentioned in the SOPs issued by the State Government.

The public and hoteliers are of the opinion that this decision was taken in a haste without any consideration for consequences. On the other hand the State Government claims that it had asked the Centre to allow it manage the influx of visitors/returnees in accordance with the current situation. This request, Government said, was declined by the Centre. The Government believes that opening Himachal for tourists would bring relief to those employed in the hospitality industry.