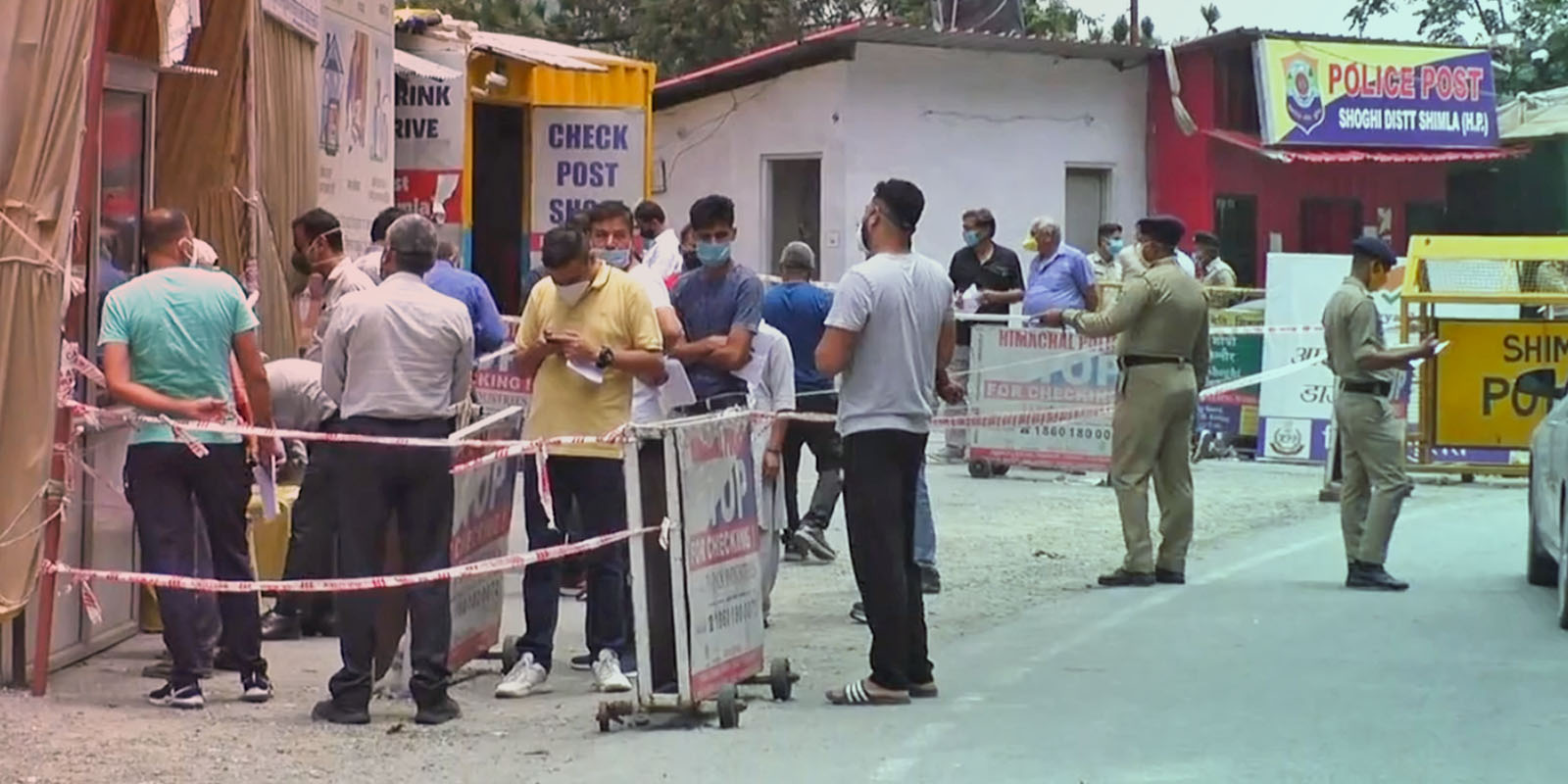 Shimla-Rules for entry into Himachal Pradesh were again changed by the State Government on Tuesday. After facing widespread criticism over its decision to open the State borders for all including tourists amid sharp increase in COVID-19 cases, the Government has yet again accepted that opening State borders for entry without e-pass or any permission has created problems of its own.

Additional Chief Secretary Health R.D. Dhiman on July 14 said that e-passes are not being issued presently to the people entering the state. They are being allowed to enter the state based on the information they provided, but many people are hiding their proper address and identity, he accepted. Also, instances have been reported where such person entered the state by furnishing fake COVID-19 negative report or lying about their purpose of their visits.

“Keeping this in view now every entrant will have to verify the required information and only after certifying this information they would be registered to enter the state otherwise strict legal action would be taken against them,” said Dhiman informing about the new guidelines.

Further, after the appearance of a record 69 cases in the Baddi area -the industrial hub of the State – on Monday, Chief Minister Jairam Thakur-led State Government has been facing backlash over relaxing quarantine rules for migrant labourers coming to the area.

Following this backlash, the State Government was compelled to again make changes in the rules regarding the condition of quarantine for migrant labourers entering the state.

The contractor and industrial institutions would be completely responsible for it, he said.

“They would be allowed to work after their report for COVID-19 is found negative,” he said.

It’s pertinent to mention that it is almost impossible for such labourers to follow home-quarantine as they mostly live in shared spaces with common facilities like a toilets/washrooms and water supply. In many cases, they use common toilets located outside their living spaces.

Further, as per the orders, the inter-state movement of public transport buses would remain prohibited. However, taxis can ply through registration on COVID-19 e-Pass portal. Taxi drivers coming into the State for dropping would be exempted from quarantine if they return within 24 hours of the entry.

Also Read: Institutional Quarantine Mandatory for All Persons Coming from These 20 Cities/Districts of India

The State Executive Committee under Disaster Management Act, 2005 has partially amended orders issued on 2nd July 2020. As per the amendment, the medical colleges would remain closed for final year students from 15th July 2020 in the State. Similarly, Medical Training Institutions would also remain closed.

As per the amendments, the condition of quarantine for the students and accompanying parents moving in and out of State for competitive examinations has been waived off, if they exist or re-enter the State or vice-versa within 72 hours.

The State Government has also decided that any person having been tested negative for COVID-19 through RT-PCR Test (Reverse Transcription Polymerase Chain Reaction) by an ICMR accredited/approved laboratory not earlier than 72 hours at the time of entry would also be exempted from the requirement of quarantine.