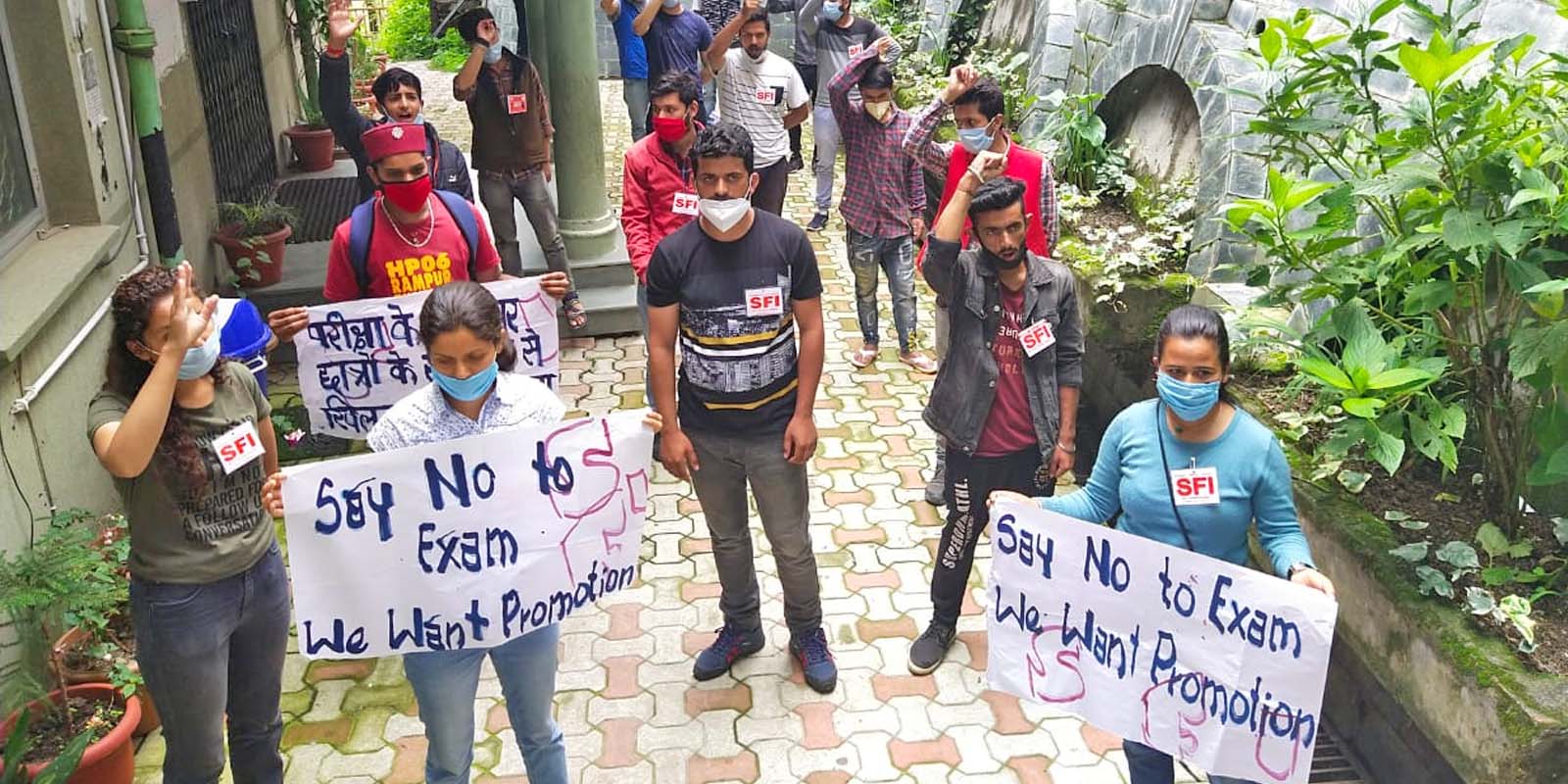 Shimla-While the Education Minister of Himachal Pradesh says the varsity would conduct examinations for the final year/semester of undergraduate and postgraduate classes during August and September, the Student Federation of India has been protesting against this decision. The organization recently staged a protest at the Directorate of Higher Education, HP, against the guidelines of the UGC and demanded that examinations should not be conducted as it would put the health of students and staff at risk. The students said it would not be wise to conduct exams when the state is witnessing a sharp increase in COVID-19 cases. The Federation demanded that the UGC should instead promote the students of final year/semester too. They said their marks should be calculated based on the performance in all previous exams and assessments.

However, Akhil Bharatiya Vidyarthi Parishad (ABVP) is supporting the UGC and Government’s decision to conduct examinations.

The Education Minister also issued a statement on Saturday in which he said that the examinations would be conducted as per the UGC guidelines. The Minister said the exams could be conducted online to ensure safety amid pandemic.

But SFI argued that the varsity is already late in conducting examinations and it has no infrastructure to conduct online exams. Further, it argued that not all students in the State are well connected to the Internet and would not be able to take online exams.

However, no decision was taken regarding the examination of the first- and second-years students of under-graduation. In case the government decided to promote students of these years, the criteria would be set after further discussions, the Minister had stated.

Himachal Pradesh Administrative Service Combined Competitive exam will be held on September 13. The exam was initially scheduled to be held in April. However, it was postponed due to the COVID-19 pandemic. It was then scheduled on September 6.

“It is notified for information of the all concerned that the tentative date of Himachal Pradesh Administrative Services (HPAS) Combined Competitive (Preliminary) Examination-2019 fixed for 06-09-2020, has been postponed to 13-09-2020 subject to availability of venues and conducive conditions in view of the ongoing COVID-19 pandemic,” the Himachal Pradesh Public Service Commission (HPPSC) has notified.

Sigh of Relief for Shimla City, But No Respite for Sirmaur, Solan