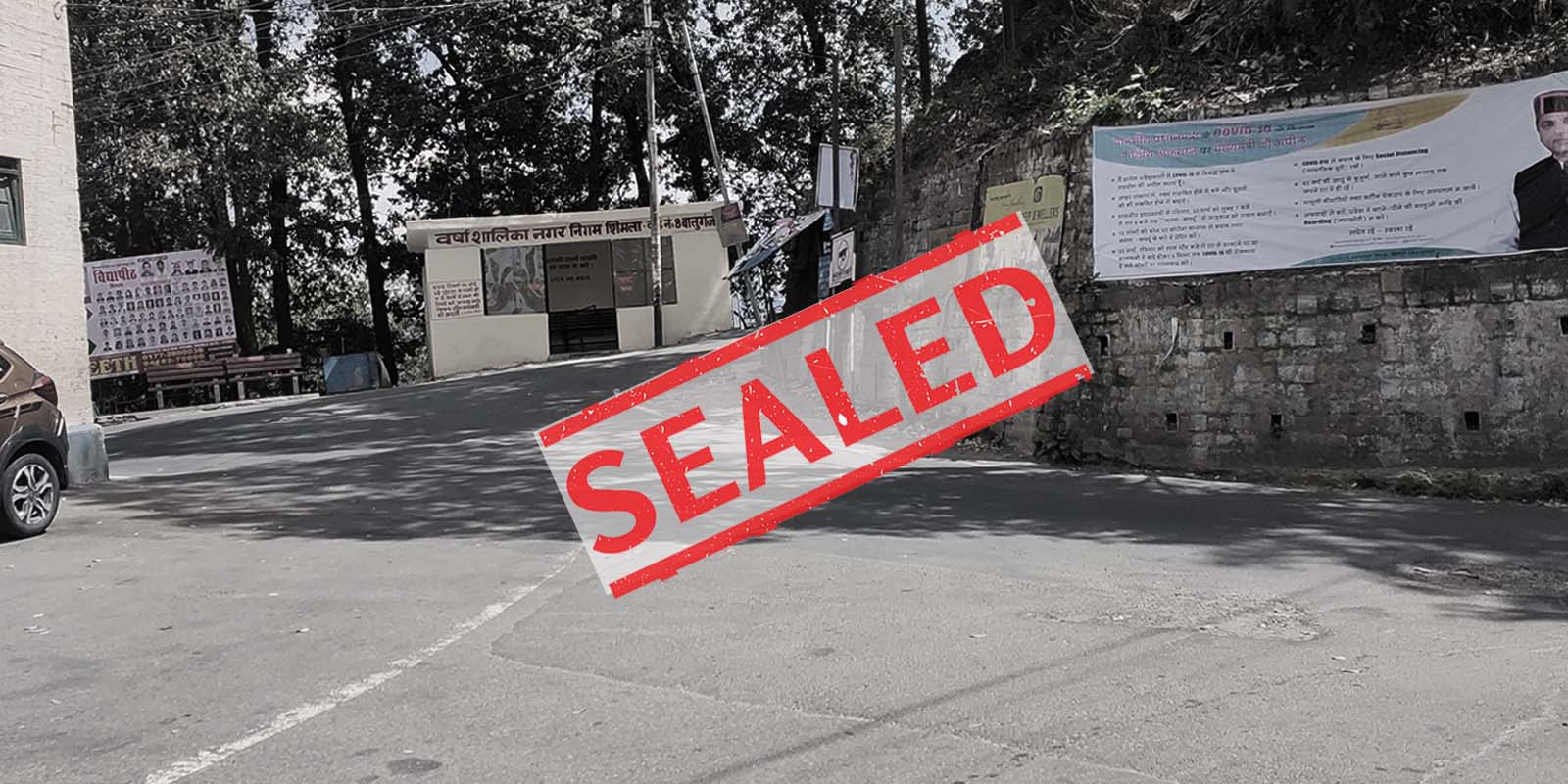 Shimla-The city in State capital Shimla that remained unaffected from COVID-19 has now begun to report more cases with the advent of labourers/workers who arrived from other States to work in the apple orchards and apple dealers.  On Thursday, the district reported one case, while eight cases were reported on Friday and Saturday.

On Friday, one person who had returned from Jammu & Kashmir recently and was staying near a mosque in the Boileauganj market tested positive. Following it, four more who had come in contact with the positive person also tested positive on Saturday. Following the appearance of these cases, the Boileauganj Market (from Jagat Sweet to Gopal Mandir) was sealed and all traffic was diverted through alternative routes.

The Indian Coffee House located on Shimla Mall was reportedly sealed on Saturday after an employee, who had returned to Shimla from a red zone of Delhi without any pass or testing, reached directly at the House and joined his duty back. On receiving information regarding it, the employee was quarantined and a case was filed against him. He was yet to be tested. The Deputy Commissioner of Shimla Amit Kashyap confirmed the report. The Coffee House was sealed and would be sanitized. If this person turns out to be COVID-19 positive, then it could create trouble for the administration as well as the entire Shimla market.

The appearance of cases in Boileauganj and the news of the Coffee house being sealed have caused a panic in the city where people were carefree earlier.

On Friday, the State had reported 44 cases including 10 cases from Sirmaur district where these people were infected after coming into the contact of a COVID-19 pregnant woman in a marriage. Sirmaur District Magistrate RK Pruthi informed that Nahan has been sealed and curfew has been imposed till 7 am on July 21. 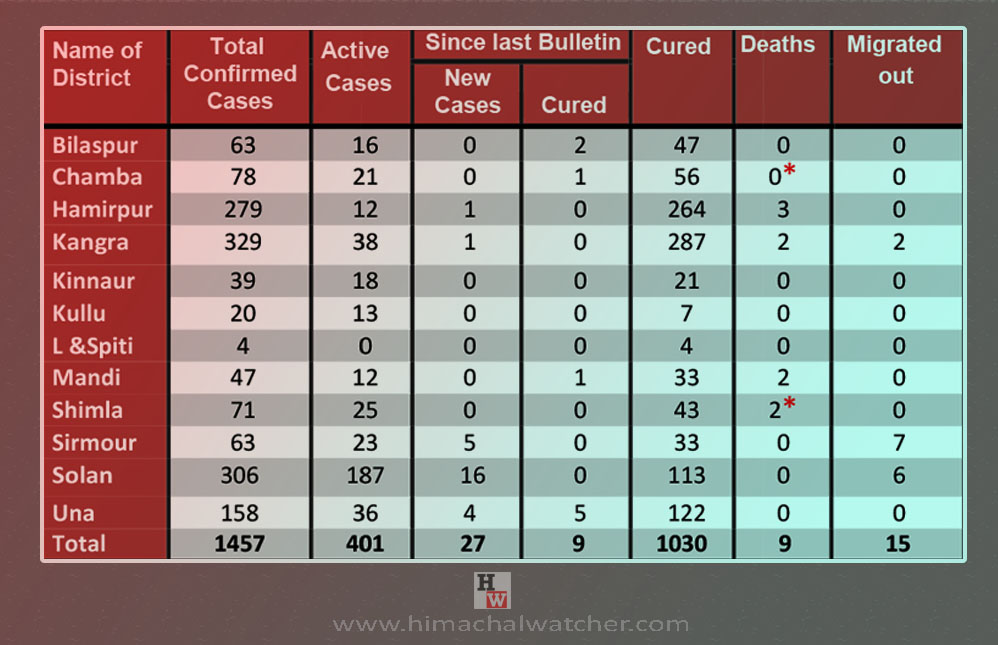 Meanwhile, the State Government has again landed in controversy after it allowed some tourists to stay at the Circuit House in Shimla, which was reserved only for corona-warriors like health staff. Reportedly, four people with their driver reached Shimla to see Chief Minister Jairam Thakur. All four carried COVID-19 negative report except the driver, who later tested positive. The State High Court has issued a notice the State Government seeking a reply.

The notice was issued by a division bench, comprising chief justice L Narayana Swamy and justice Anoop Chitkara, issued while hearing a petition.

Moreover, a question is being raised as to how the driver was allowed to enter the State when he had no COVID-19 negative report. It’s pertinent to mention that Chief Minister Jairam Thakur has already been in controversy for his poor decision making, like the relaxation given in quarantine rules to migrant labourers and opening State borders to tourists in a time when the State is witnessing a sharp increase in corona cases. The Government has also been facing criticism over tweaking rules every other day.

Further, the Chief Minister and workers of the State BJP Mahila Morcha were seen violating social distancing norms at a ‘havan’ organized at Shimla on Thursday. The ‘havan’ was reportedly organized to protect the State from corona outbreak and for world peace. Not just the Chief Minister, but Education Minister Suresh Bhardwaj, Urban Development Minister Sarveen Chaudhary, Organizing Secretary Pawan Rana, General Secretary State BJP and Political Advisor to CM Trilok Jamwal were also there.

Earlier, Indian National Congress, HP, had violated the social distancing norms while staging a protest outside the State Secretariat in Chhota Shimla.

Reports also suggested that in Solan district, the Government has already begun to face a shortage of health facilities to accommodate patients.