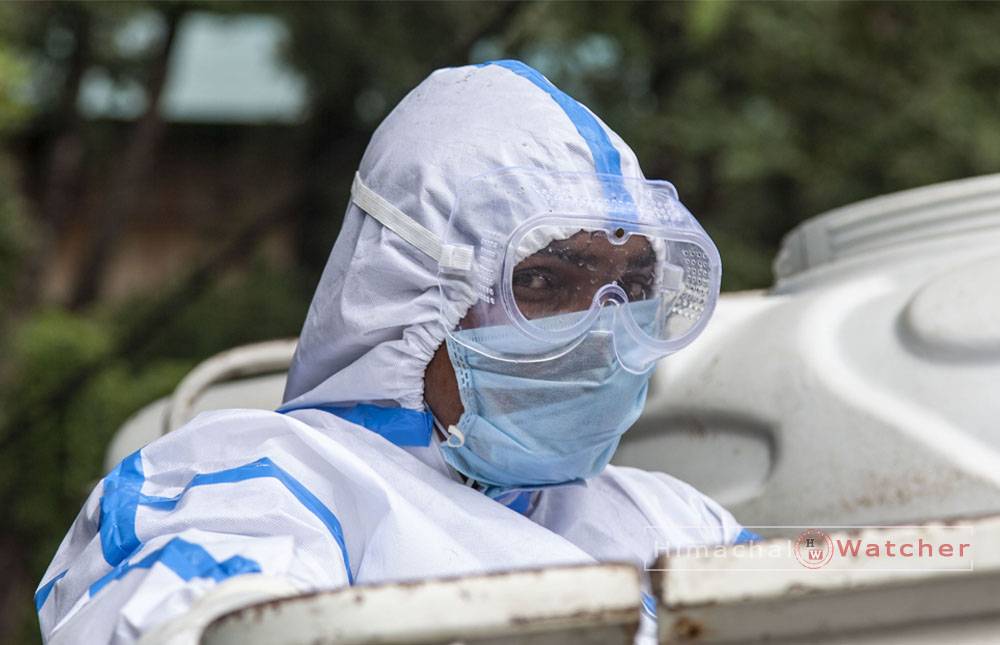 Shimla: On Friday, Himachal Pradesh reported its 11-death due to COVID-19 and 41 cases till 5 PM. According to the Health Department’s COVID-19 Bulletin for July 24 (5 PM), a 52-year-old person died at a COVID-19 centre in Dharamshala. The person was also suffering from liver-related disease, the initial report said.  The deceased was identified as a resident of Jwalamukhi area.

About 13 of these cases22 were reported from Govindgarh (mohalla) – a COVID-19 hotspot which has witnessed an explosion in cases since the last Saturday. The Deputy Commissioner, Sirmaur, Dr RK Pruthi confirmed the report. He also confirmed that four new COVID-19 care centres have been established considering the sharp increase in cases.

Over 120 cases have been reported from Govindgarh alone.  Yesterday, two cases were reported from Dadahu as well. In view of this spike in corona cases, the district administration has imposed a complete lockdown in Nahan and some area in Dadahu including Ward number 4 and 6.  The lockdown would remain in force from July 24 (9 PM) to July 27 (9 AM). Only chemist shops/drug stores would be allowed to open. The Nahan-Renuka road would remain open but parking vehicles in the containment zone would not be allowed, the DC informed.

Following the ongoing spurt in cases, the administration plans to undertake extensive sampling during the period of this lockdown.

Chief Minister Jai Ram Thakur also held meeting through video conferencing with the Deputy Commissioners of Sirmour and Solan districts regarding the spread of COVID-19 virus.

Earlier, Chief Minister also discussed whether lockdown should be imposed in Baddi and Nalagarh areas of Solan district and Nahan in Sirmour district keeping in view the rise in COVID-19 cases in these areas.

Further, he said it was the responsibility of the management of the units operating in industrial zones to ensure that only those labourers were engaged in the work who have gone through the quarantine process.

In Mandi district’s Lamba Thach village, 12 more persons, who were said to be among the primary contacts of the BJP leader from Mandi district’s Seraj constituency, tested positive on Friday. These persons include both the leader’s family members and some villagers. The Deputy Secretary to Chief Minister and Advocate General and his family had also contracted the infection from this leader.

Himachal: Penalty of Rs. 500 – Rs 5000 for Not Wearing Mask or Wearing it Improperly