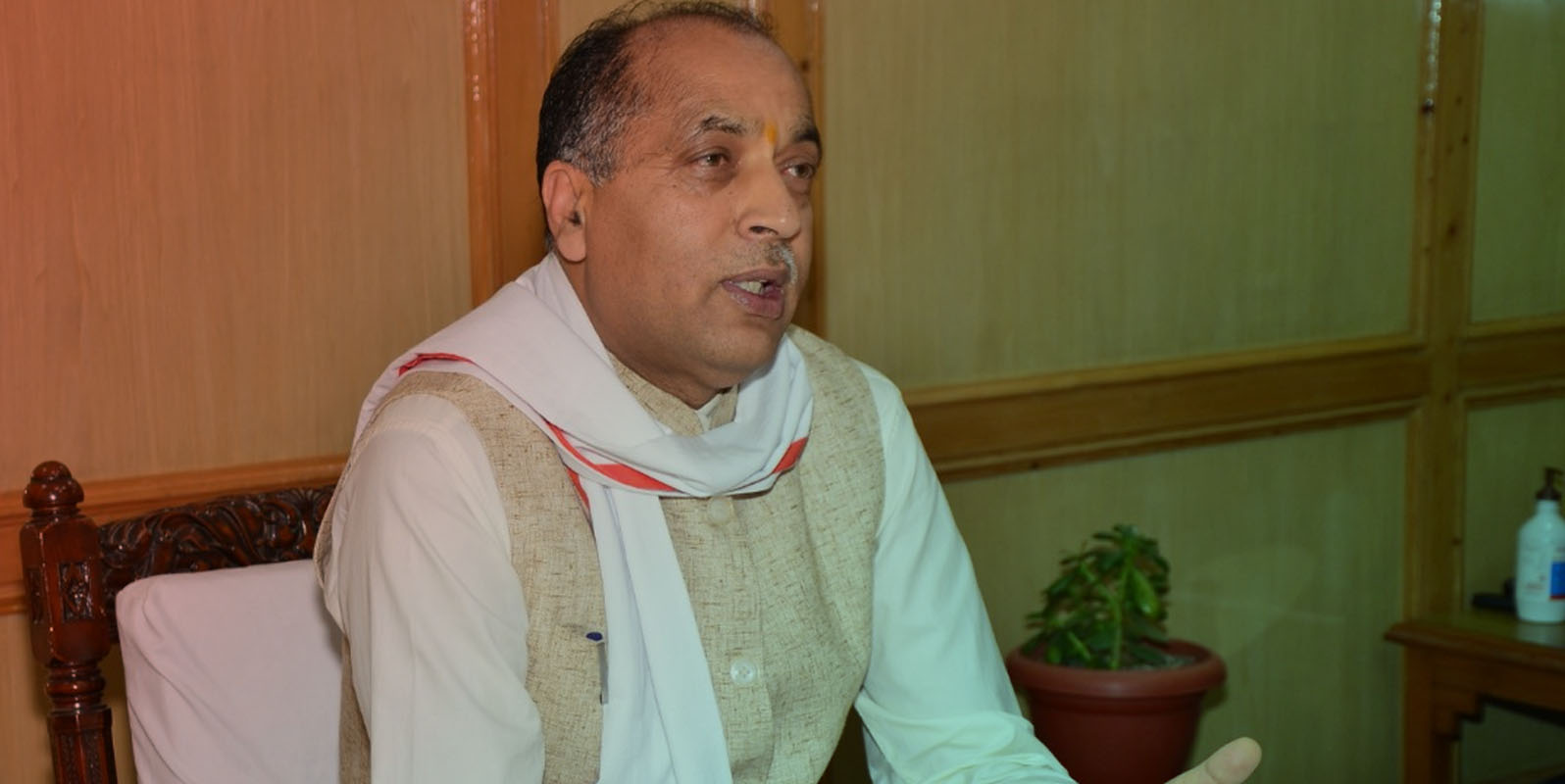 Shimla-A complete lockdown in Himachal Pradesh won’t be practical, the Chief Minister Jairam Thakur said while interacting with media at Peterhoff today, however, he did not clearly deny its possibility and said the state government was awaiting new MHA guidelines.

Speculation of a complete lockdown is still doing rounds of social media as the tally of confirmed cases had reached 2361 by this evening with the appearance of 34 new cases. Results of 2025 persons are still awaited. The state has registered a total of 907 cases during the last nine days alone, which panicked the people. The number of active cases also crossed the 1000 mark.

The public is holding the state government responsible for this spurt as it has opened the state for tourists and relaxed quarantine related rules for migrant labourers in a hurry to re-open industries in the BBN area. Later, the government was compelled to review and tweak these decision several times.

The Chief Minister said the unlock phase three would begin from August and decision would be taken in accordance with MHA guidelines. But strictness would be shown in parts which would report a high load of cases, he said. He referred to the lockdowns imposed in Baddi-Barotiwala-Nalagarh area of Solan district and Nahan of Sirmaur district as these places were reporting a high number of cases.

“Although the COVID-19 cases have increased in the State, still the situation was under control,”

he said in a separate statement released today.

Further, he said that the government have received suggestions from the public regarding the imposition of a lockdown, which are being discussed.

Chief Minister was addressing the function held at Peterhoff today on the occasion of assuming the charge of new State BJP President by Member of Parliament Suresh Kashyap.

“It was a real honour that a leader from Scheduled Caste Community was today heading the BJP in the State,”

the Chief Minister pointed out.

Regarding allegations of not handling the current crisis effectively, he said Himachal Pradesh is doing better than Punjab, Rajasthan and Maharashtra ruled by Congress.