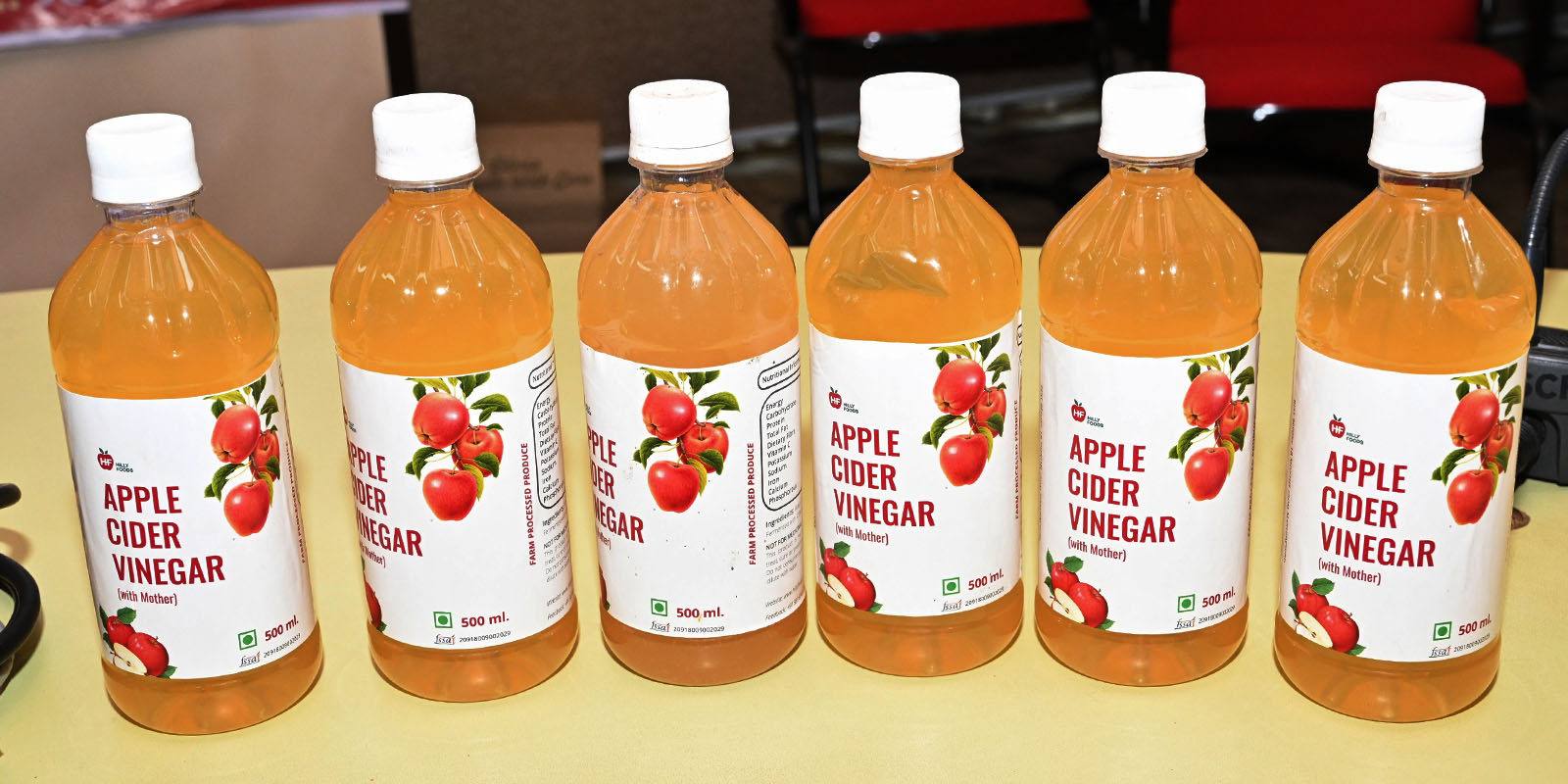 Shimla-An apple cider vinegar production technology, standardized by Dr. YS Parmar University of Horticulture and Forestry (UHF), Nauni would soon find its way to your nearest market. Under the transfer of technology initiative started by the university, a Jubbal based food enterprise has come out with an apple cider vinegar developed on the university technology. The vinegar, developed by Hilly Foods, a company based at Nandpur in Jubbal, has been developed as a fast and effective alternative to the traditional methods of producing vinegar. 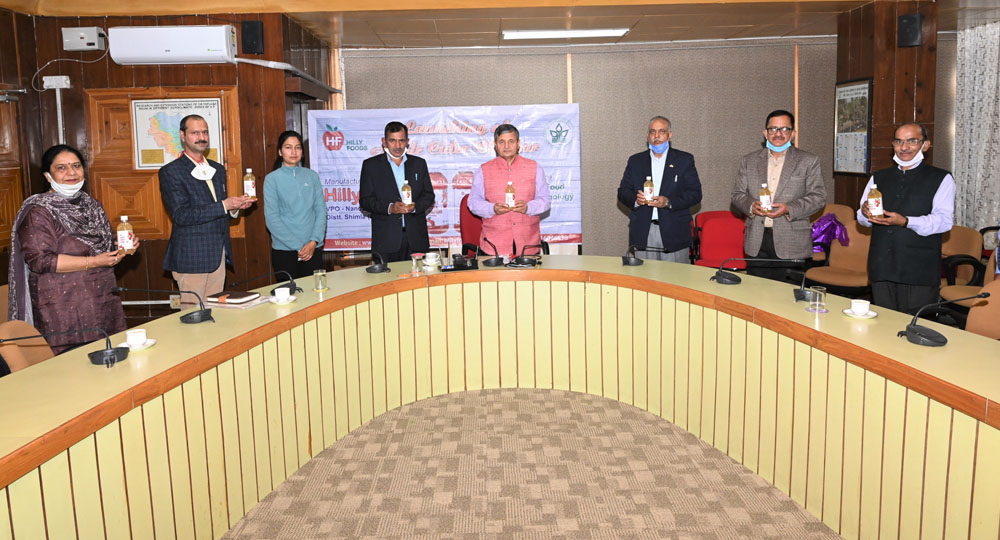 The technology has been developed by Dr. Rakesh Sharma and Dr. VK Joshi, present and former scientists of the Department of Food Science & Technology (FST) under a DST sponsored project. The technology was transferred to Hilly Foods, under a non-exclusive license agreement in 2018. The company has used the university’s technology to manufacture the cider vinegar along with acknowledging the university technology on its product label.

The production of apple cider vinegar can be taken as an alternative approach for the complete utilization of culled apples and improving the livelihood of the farming community in the state. Unlike the traditional methods, which are slow and result in poor quality vinegar, the university’s technology has managed to overcome the problems. The scientists of the university solved the issues by optimizing various factors involved in the production of vinegar as well as base wine. After extensive research work, a modified process was developed to produce quality vinegar in comparatively lesser time. A modified pilot vinegar production plant has also been developed for production of cider vinegar.

The knowledge and the technologies developed are being made available to farmers and entrepreneurs so that the farming community can reap the benefits of the research being done at the university. There is an abundance of traditional knowledge and efforts were underway to refine and update it with the latest scientific inputs.”

“The state has been blessed with climatic conditions which promote the production of high-quality fruits, vegetables and other crops and it was important that this advantage is properly utilized to increase the income of the farmers. The various technologies and protocols developed by the university can help to reduce the problem of post-harvest losses and the complete utilization of food produce. The university has been pushing its technology to enable farmers and agri-entrepreneurs to benefit from quality research. This technology will be a boon for the apple industry in Himachal Pradesh, as a large quantity of culled apples (low-grade size and deformed apples) goes waste each year mainly due to the lack of appropriate processing technology in the production area,”

Rawat thanked the university for the support provided to him for developing and improving the final product. He said that with the help of the university technology and the guidance from the scientists, he has been able to increase the quality of the final product for sale in the market. He added that the technology will help in fully utilizing the apple produce from his farm and tackle post-harvest losses.

Vinegars are traditional condiments, which are used as a flavouring agent and food preservatives throughout the world. Among various types of non-synthetic or brewed vinegars, cider vinegar is prepared from apple juice or concentrate by fermentation and is used extensively in several countries. The demand for apple cider vinegar has increased manifold in the past few years due to its medicinal properties and its role in curing various ailments like arthritis, asthma, coughs, high blood sugar, high cholesterol etc.