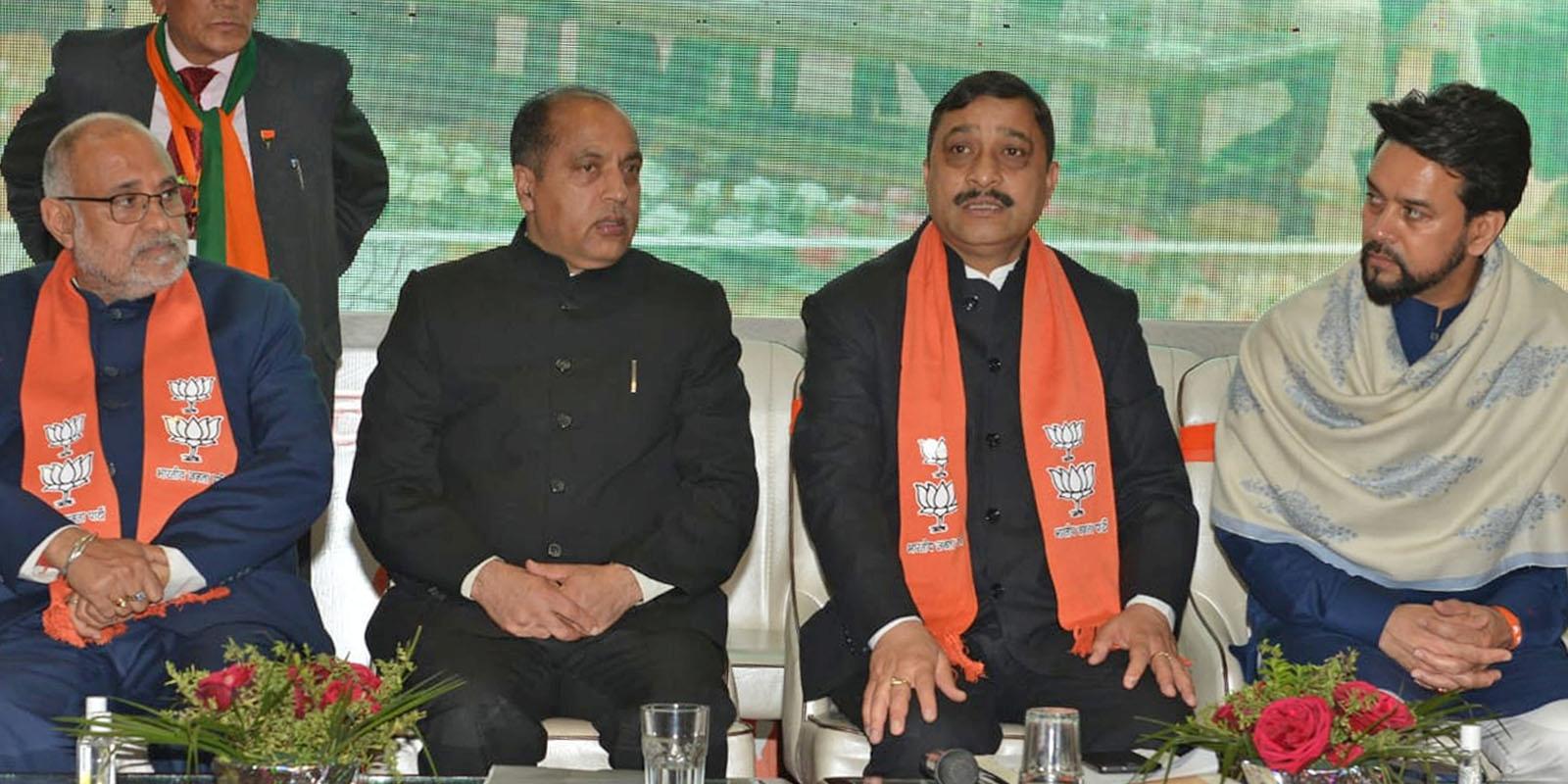 Dharamshala: While addressing the concluding session of the HP BJP Executive Committee meeting at Dharamshala in Kangra district, Chief Minister Jai Ram Thakur counted its achievements and mocked the state of the opposition party.

Jai Ram Thakur said, “opposition in the State was a directionless, leaderless and issueless political party.”

The Congress leaders were desperately trying to find an issue against the State Government in a bid to remain politically alive, he added.

It’s pertinent to mention that opposition in Himachal had been struggling to revive itself. Effective and strategic use of social media and media by the ruling party has played a major part in paralysing the opposition. Also, it appears that the opposition has been hesitating on spending on setting up an organized IT cell as compared to the ruling party.

“Congress leaders in the State even did not spare their own party and raised a bill of Rs. 12 crores before the High Command, claiming that this amount was spent by the party to help the needy during the pandemic,” he said taking a jibe.

Counting his achievements, he claimed that the Himachal Model was today being appreciated even by the Prime Minister, Home Minister and National BJP President. Initiatives like ‘Panna Pramukh Sammelan’, ‘Tridev Sammelan’ etc were being adopted by other BJP organisations in several States, he claimed.

He claimed said that the present State Government has launched about fifty new schemes for the welfare of every section of the society and the development of every area of the State.

In Himachal Pradesh, he said, there were only 50 ventilators and today there were more than 600 ventilators in the State. State Government also brought back over 2.50 lakh Himachalis stranded in various parts of the country due to the covid-19 pandemic, he said.

Foundation stones and inaugurations worth Rs 3500 crore were performed by him virtually and actually in about 42 Assembly Constituencies of the State. The State was about to achieve the target of vaccinating 93,000 people in the first phase of the vaccination, he added.

He thanked the Union Government for providing an interest-free loan worth Rs 450 crore to the State. He also thanked the Finance Commission for recommending Rs 1000 crore for Green Field Airport Mandi and Rs 400 crore for the expansion of Gaggal airport in Kangra district.

He claimed that the State Government was first to start e-Budget and e-Cabinet and ensure greater use of modern technology.

On contentious farm bills, he said that the Bills were aimed at the welfare and betterment of the farmers.

Jai Ram Thakur also urged the party workers to ensure the use of social media to disseminate policies and programmes of the Centre and the State Governments.

Related Topics:bjpcongressfeaturedJairam Thakur
Up Next