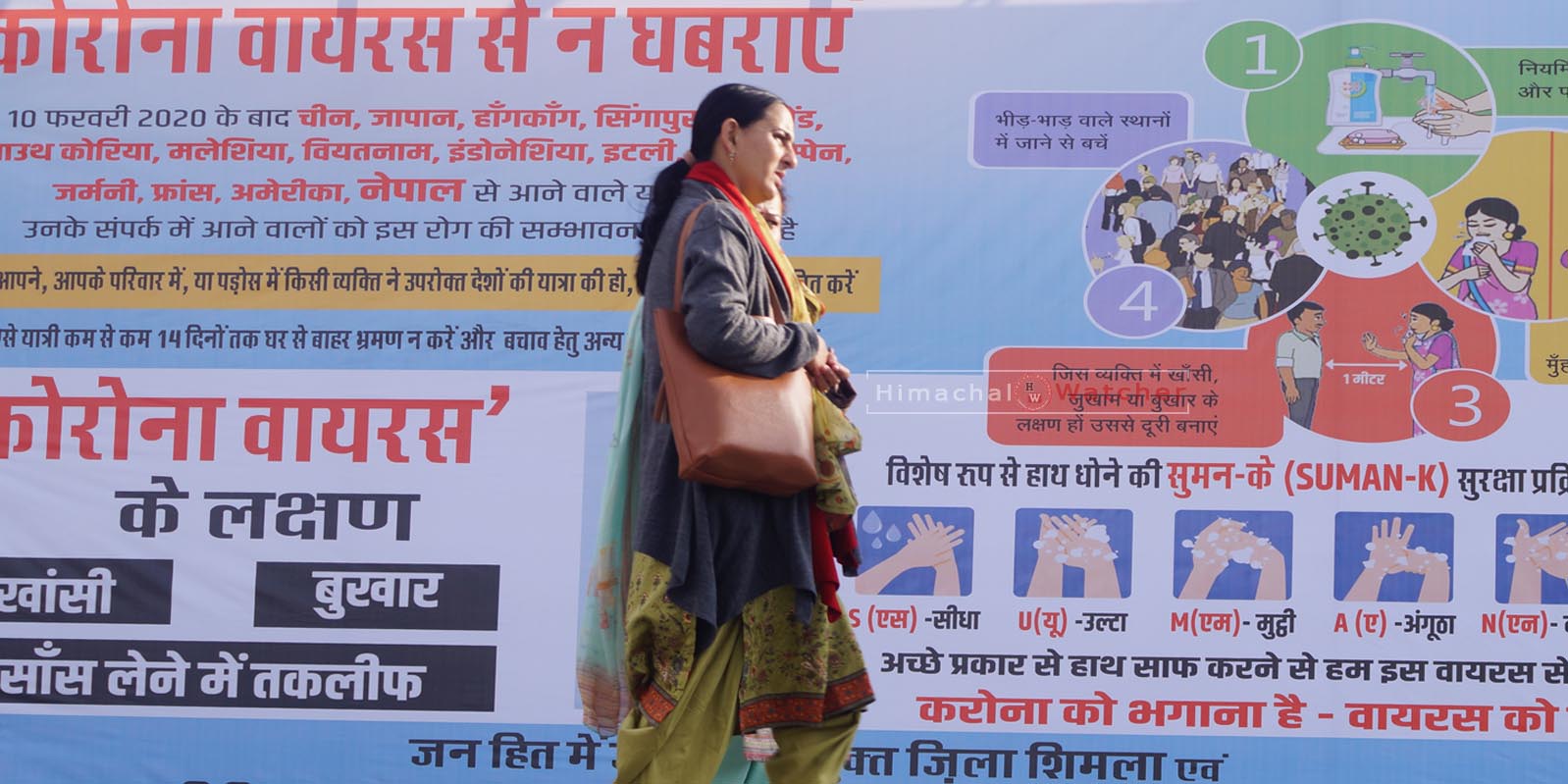 Shimla-A surge in the number of daily COVID-19 cases in Himachal Pradesh continues as 182 new cases were recorded today. The COVID-19 death toll has also crossed the 1000 mark yesterday. While two fatalities were recorded yesterday, today three people died of the infection, taking the total to 1003, according to the latest update received from the State Health Department.

While Kangra district reported two fatalities on 18th March, three more succumbed to the infection in Shimla (2) and Siramur (1) on 19th March. These five deceased persons were aged between 57-80 years.

One of the hardest hit in 2020, the Himachal’s tourist industry is worried over this spike in cases ahead of the summer tourist season.

Chief Minister Jairam Thakur today also mentioned that restrictions would be imposed in wake of the rising cases and fatalities. According to initial reports, government has decided to impose restriction on organization of fairs and public events. The government has also indicated more strictness on wearing masks and maintaining social distancing. Detailed guidelines regarding these restrictions are expected to be officially released on 20th March.

The number of active cases has also jumped to 1124. The spike in cases after a short span of relief has left the government and the people worried. The people are anticipating that more lockdowns could be in stock as the government has already warned about the ‘second wave’. The Centre has asked the state governments to ensure compliance with safety measures like wearing masks and maintaining social distancing.

Several states have reported a huge surge in cases, following which restrictions were being imposed to contain the spread. Maharashtra, Punjab, Karnataka, Gujarat and Chhattisgarh together account 80.63% of the daily new cases. 39,726 new daily cases were reported in the last 24 hours.

Maharashtra continues to report the highest daily new cases at 25,833, 65% of the daily cases. It is followed by Punjab with 2,369 while Kerala reported 1,899 new cases.

Further, the States and UTs have been advised to follow up on sending samples for genome testing to track virus variants of concern. States/UTs have also been asked to limit the gathering in public places along with promoting COVID-appropriate.

Nearly 4 cr (3,93,39,817) vaccine doses have been administered through 6,47,480 sessions, as per the provisional report till 7 am today, according to the Centre government.