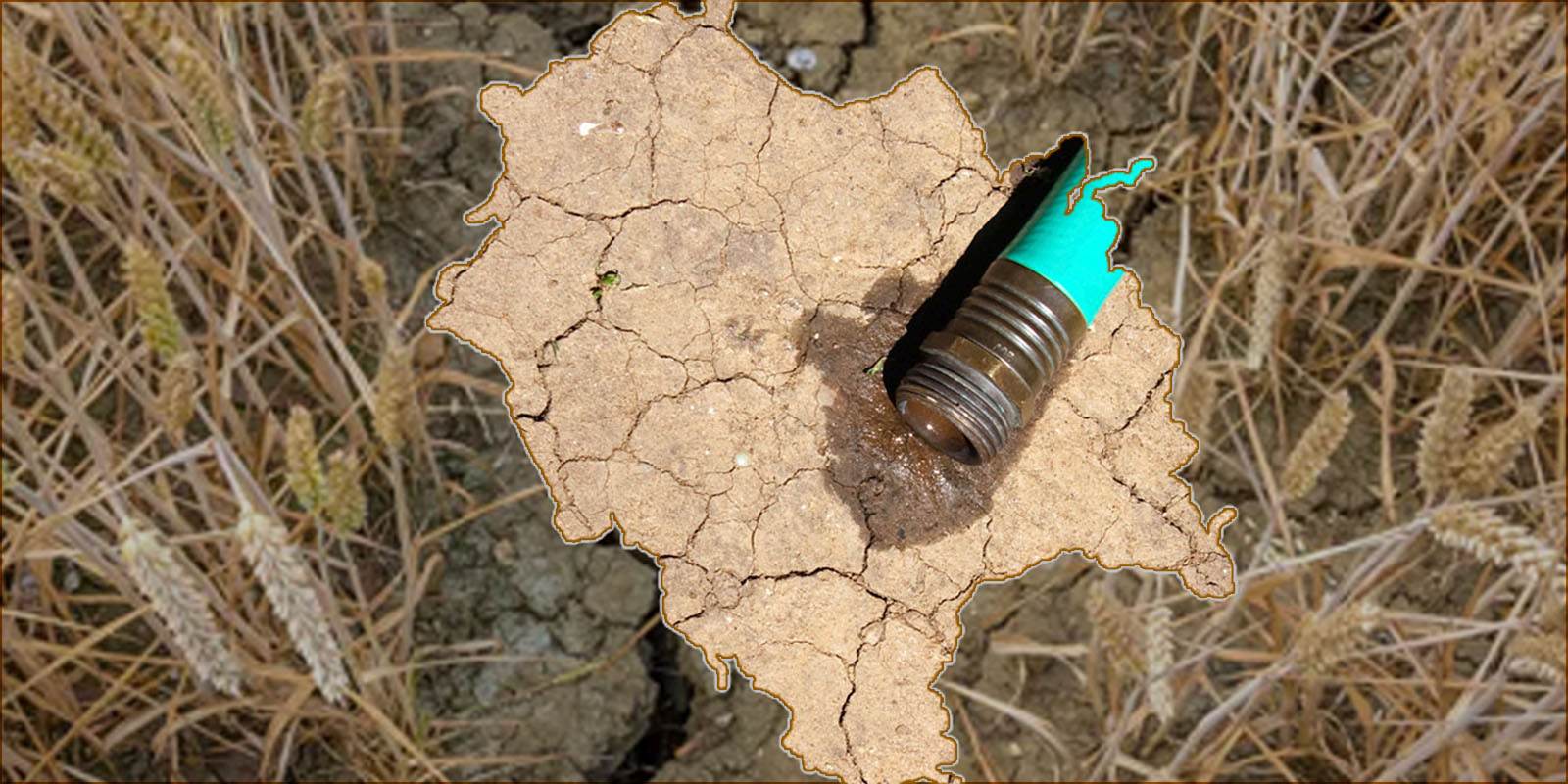 Shimla-Agriculture and horticulture sectors in Himachal Pradesh have taken a severe hit due to an ongoing drought-like situation. The situation is also haunting the perennial water sources as levels in rivers and water reservoirs are depleting. With the rising temperature, this crisis, as per the official projections, is likely to rise during the coming months.

As per the preliminary government data, Bilaspur district has reported the highest loss where 20280 hectares of land out of the total cropped area of 28020 hectares had been affected resulting in a loss of Rs. 3259.37 lakh.

The district has witnessed 63 per cent less rainfall from 1st March to 18th April this year. If the drought-like condition prevails, about 42 water supply schemes would get affected in the district. According to the official projections, the district is bound to witness a fodder crisis due to drought.

In district Chamba, 3571 hectares of land had been reported to be affected causing a loss of Rs. 815.58 lakh. Similarly, all other districts had also been affected due to scanty rainfall.

Deputy Commissioner Una Raghav Sharma, during a review meeting, had apprised the Chief Minister crops have taken a hit in the district and that Amb and Gagrat area were adversely affected due to the drought-like situation.

In view of the situation, Chief Secretary Anil Khachi has instructed the agriculture, horticulture and allied departments to prepare district-level action plans to readily mitigate such situation. Directions have been given to constitute crop weather watch groups. The agriculture department has been directed to prepare a sound database on weather, crop conditions to assist the state disaster management authority (SDMA).

“Presently drinking water supply was normal across the state however as per the information supplied by the districts agriculture sector had been affected due to scanty rainfall during this year,” Khachi said,

Further, scanty rainfall affected various schemes of Jal Shakti Vibhag. Out of the total 9526 schemes of the department, 401 schemes had been affected up to 25 percent, 197 schemes between 25 to 50 percent, 87 schemes between 50 to 75 percent and 28 schemes affected were more than 75 percent.  Jal Shakti Vibhag has been told to identify the water suppliers in the respective areas and fix the rates for transportation of drinking water as and where required.

Directions have been given to repair the dewatering hand pumps and maintain all the traditional as well as private water resources besides cleaning of natural water bodies and to make available adequate water sterilization tablets in each district.

Further, directions have been issued to sensitise the representatives of PRIs regarding water preservation and conservation methods.

So far, the government said, no district was facing fodder scarcity but the Animal Husbandry department has been directed to make a plan to deal with this situation, which is likely to arise soon.

Fear of water-borne diseases or epidemic due to the drought-like situation has brought worries for veterinary services too.

COVID-19 Vaccination in India to Open for All Aged Above 18 Years in 3rd Phase: Govt