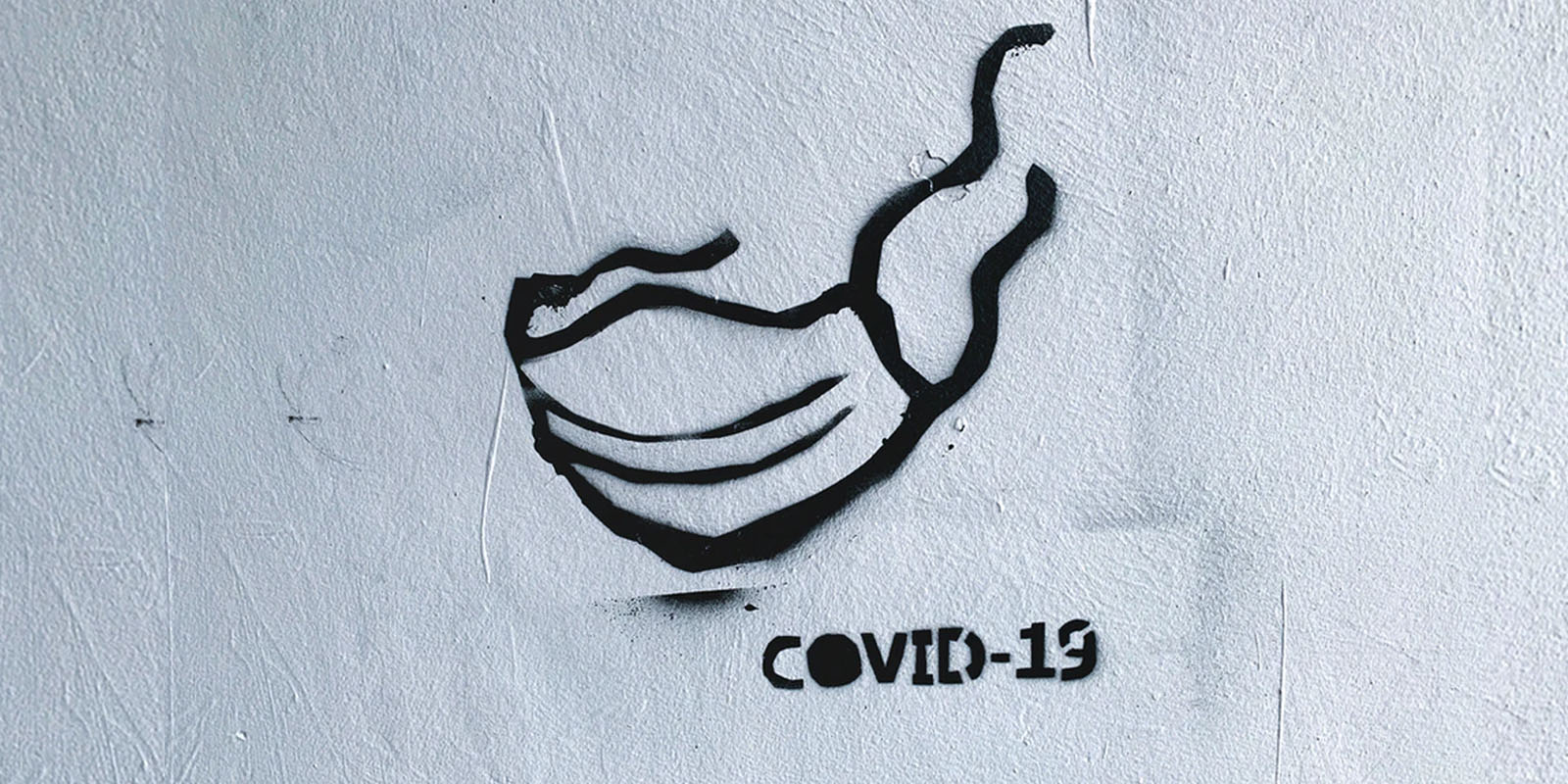 Shimla-Himachal Pradesh on Wednesday recorded 2157 cases and 24 COVID-19 deaths, taking the case and death tallies to 91350 and 1374 respectively. According to the statistics provided by the State Department of Health & Family Welfare, the number of active cases had jumped to 15151 till Wednesday (7 pm).

The deceased were aged between 25 -91 years. The deceased included a 25-year-old male from Kinnaur district – a patient of Bronchial Asthma. Of the total 24 fatalities, at least 11 had no pre-existing medical condition, according to the health department.

The list included a 30-year-old in Shimla, who had no pre-existing medical condition. The reason for his death was cited to be “Severe COVID-19 Pneumonia with sudden cardiopulmonary arrest.”

Also Read: Read New Rules for Entry into Shimla & Who is Exempted from Quarantine Who’s Not

There is no let-up in the surge of cases and fatalities in Kangra district that yet again reported the highest 631 cases and 10 fatalities. Keeping in view the worsening situation, the Deputy Commissioner, Rakesh Kumar Prajapati has directed private hospitals to reserve 50% beds for COVID-19 patients.

Hamirpur district followed Kangra in second place with 300 new cases, but reported only a single fatality, according to the official statistics. 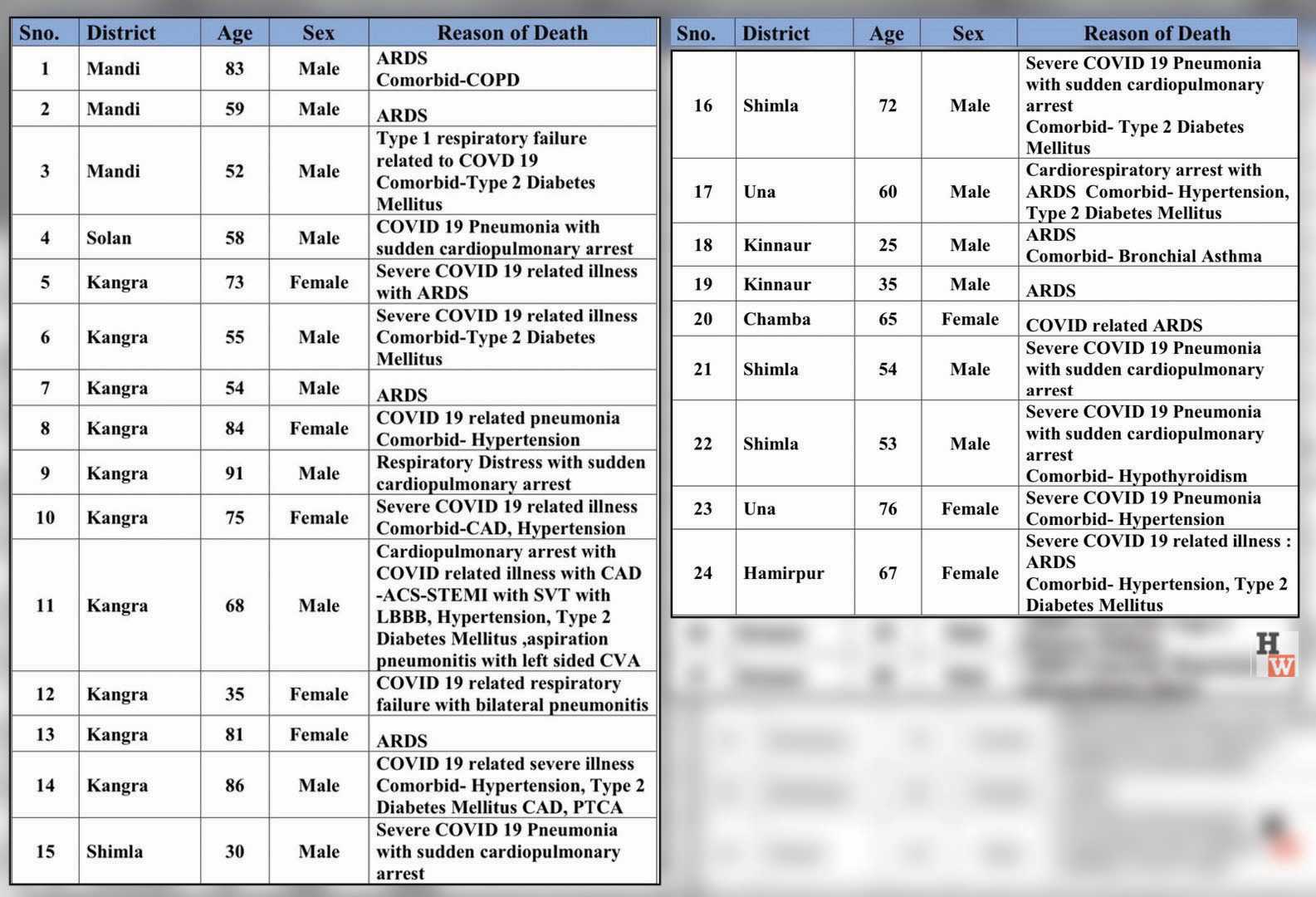 Meanwhile, the state government has asked officers to enlist all such institutions/buildings in the district that could be used for providing medical facilities to the covid-19 patients in case the surge continued.

Further, the state government has now made online registration for COVID passes mandatory for entry into Himachal Pradesh. Directions have been given to implement the home-quarantine protocol for people returning from hotspots. But the government was yet to release an updated list of designated hotspots in the country.

For home-quarantined patients, obtaining medical oxygen, empty cylinders, and accessories have already become a challenge. Some citizens wrote to Himachal Watcher complaining that the state government is taking no steps to aware people about facilities for procuring empty cylinders and refilling them. The cost of re-filling is also not regulated and the needy were compelled to pay exuberant prices.  The rates of oximeters have also been hiked. A non-profit organization told HW that rates of accessories related to ventilators/oxygen supply were also sky-rocketing. 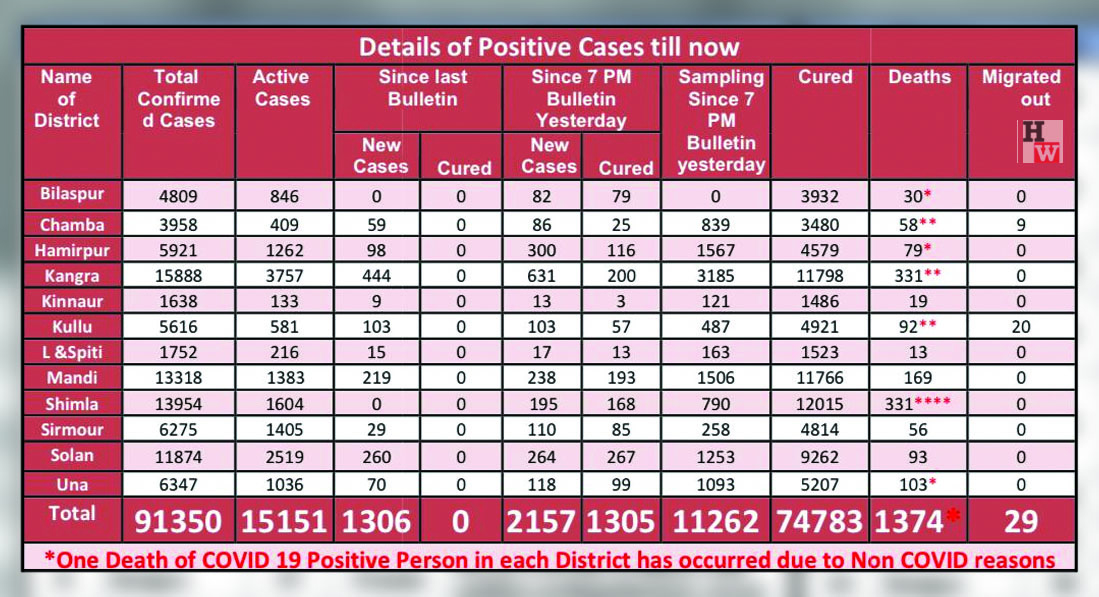 Out of 64 dead, only three patients had comorbidities. While thirteen patients were below the age of 50. This indicates the aggressive nature of the new variant of coronavirus that has been ravaging the country. The highest casualties were reported from Kangra district with 21 deaths while Solan district reported 12 deaths followed by Mandi district with 10 fatalities.