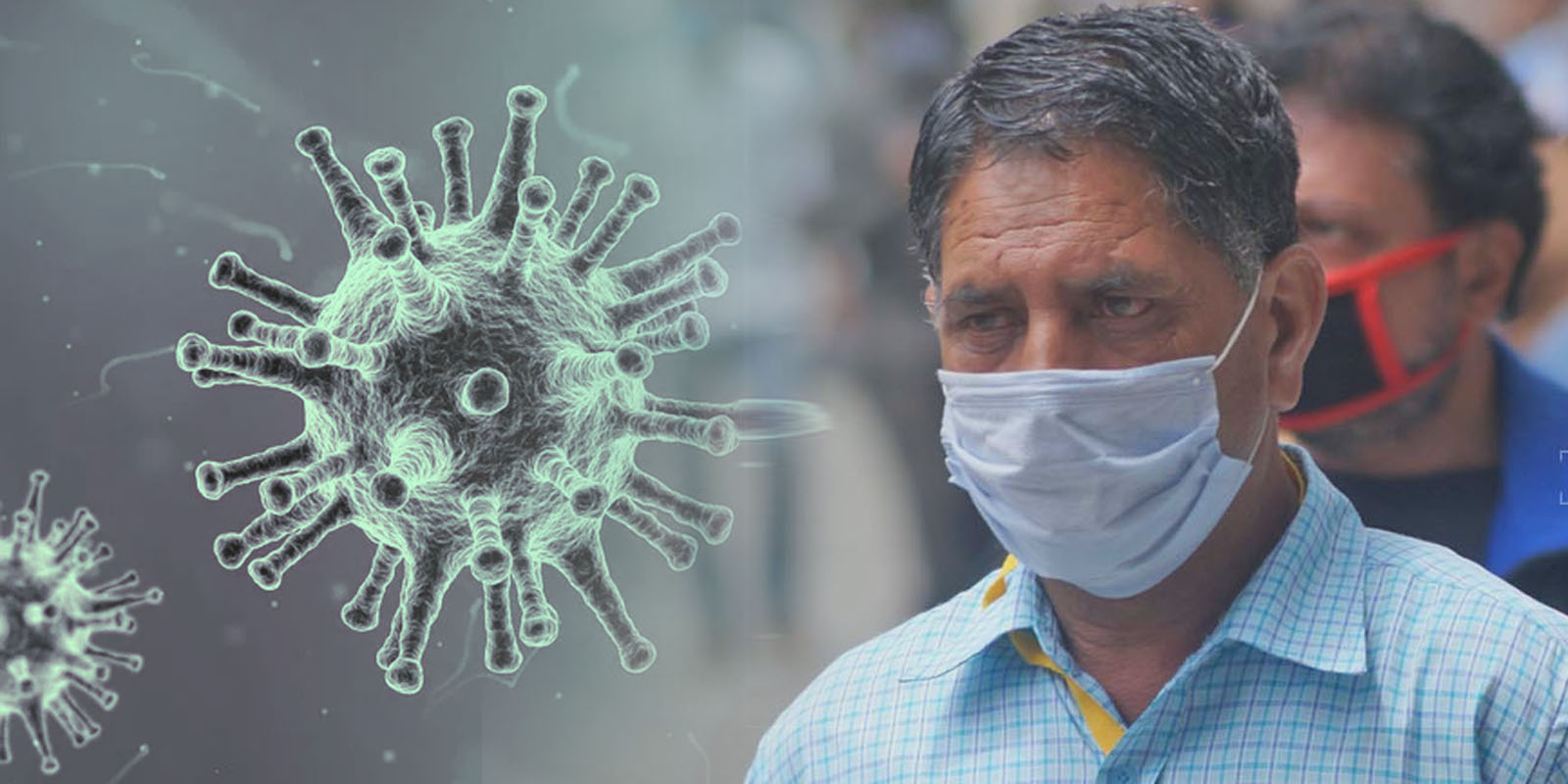 Shimla-The COVID-19 fatality rate for Himachal Pradesh remains alarmingly high as the infection claimed 43 more lives on Monday. On Sunday, the state had reported 44 COVID-19 deahts – highest so far. According to the latest data provided by the state health department, a total of 2630 new case were recorded in the last 24 hours. Kangra remains the worst-hit district as it reported 717 new cases and 16 fatalities on Monday. Five fatalities were reported from Solan, four from Shimla, six from Hamirpur, three from Mandi, four from Una, three from Sirmaur, and one each from Kinnaur and Chamba districts.

However, these official numbers are in question considering the low testing rate which continues to decrease.

Total sampling for the day further decreased from yesterday’s 9684 to 8511.

In the three days, Himachal recorded a total of 7834 cases and 115 patients succumbed to the infection. Still, the sampling has been decreased.

Chief Minister Jairam Thakur had been issuing repeated directions to increase testing in statements, but according to the government’s statistics, the reality is contrary to it.

Of the 8511 samples taken, 2630 (over 30%) were found to be positive for COVID-19. The statistics suggest that the rate of spread is very high. If the number of testing is increased, then the actual number of daily cases would be much higher considering the current rate. Health officials have already been suggesting that there is a dire need to increase testing manifold to assess the true scale of COVID-19 spread in the state. 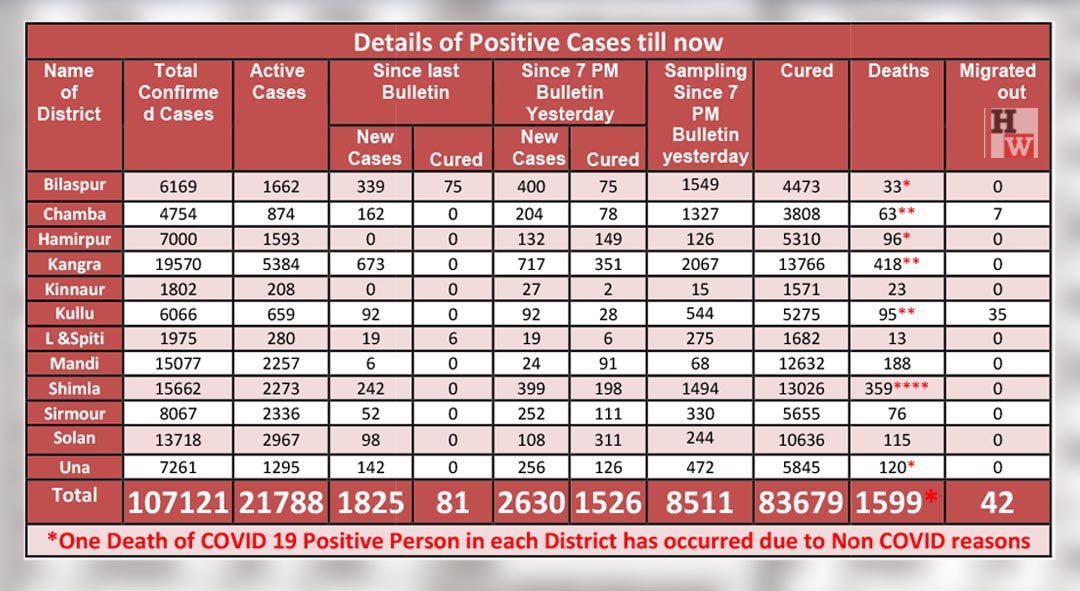 The state government says it is still working on increasing bed capacity and making oxygen plants operational at various COVID-19 care hospitals. According to the government, as of now, 3346 beds were available in various health institutes of the state. The Chief Minister today claimed that there was no dearth of oxygen in the State and the only issue was empty gas cylinders. The State has urged the Central government to provide additional D-Type cylinders. Further, the PSA Oxygen plant in Chamba is yet to get operational.

For home-isolated patients, toll-free helpline number 104 has been issued for medical advice.

The state has about 123 Covid ambulances, of which 33 were added on April 29.

As per the official statistics, 22 percent of the entire population have been covered so far under the vaccination drive. Approximately 76 percent of 45 years and above population has been vaccinated with the first dose. The government said that Covid vaccination of the age group 18-44 will be started once Covid doses are received in the state.

Mission Director, NHM Dr. Nipun Jindal has urged all the remaining 45 years and above age people to get themselves vaccinated as early as possible. Those people who are due for 2nd dose vaccination which is essential to be taken after a gap of 4-8 weeks from the first dose should also get their vaccination when due. He claimed that there is no shortage of vaccine for this age group. He appealed to the people to abide by Covid appropriate behaviour even after completing 2 doses of COVID vaccination.

Chief Minister Jairam Thakur is still not in the favor of imposing a lockdown. But businesses, especially the hospitality industry is doing no better than last year. The occupancy in hotels is below five percent, according to the industry stakeholders. Hoteliers are urging the state government for reliefs. Private bus operators are on an indefinite strike over their demands for various reliefs as buses are running with only 50 percent capacity as directed in the SOPs. 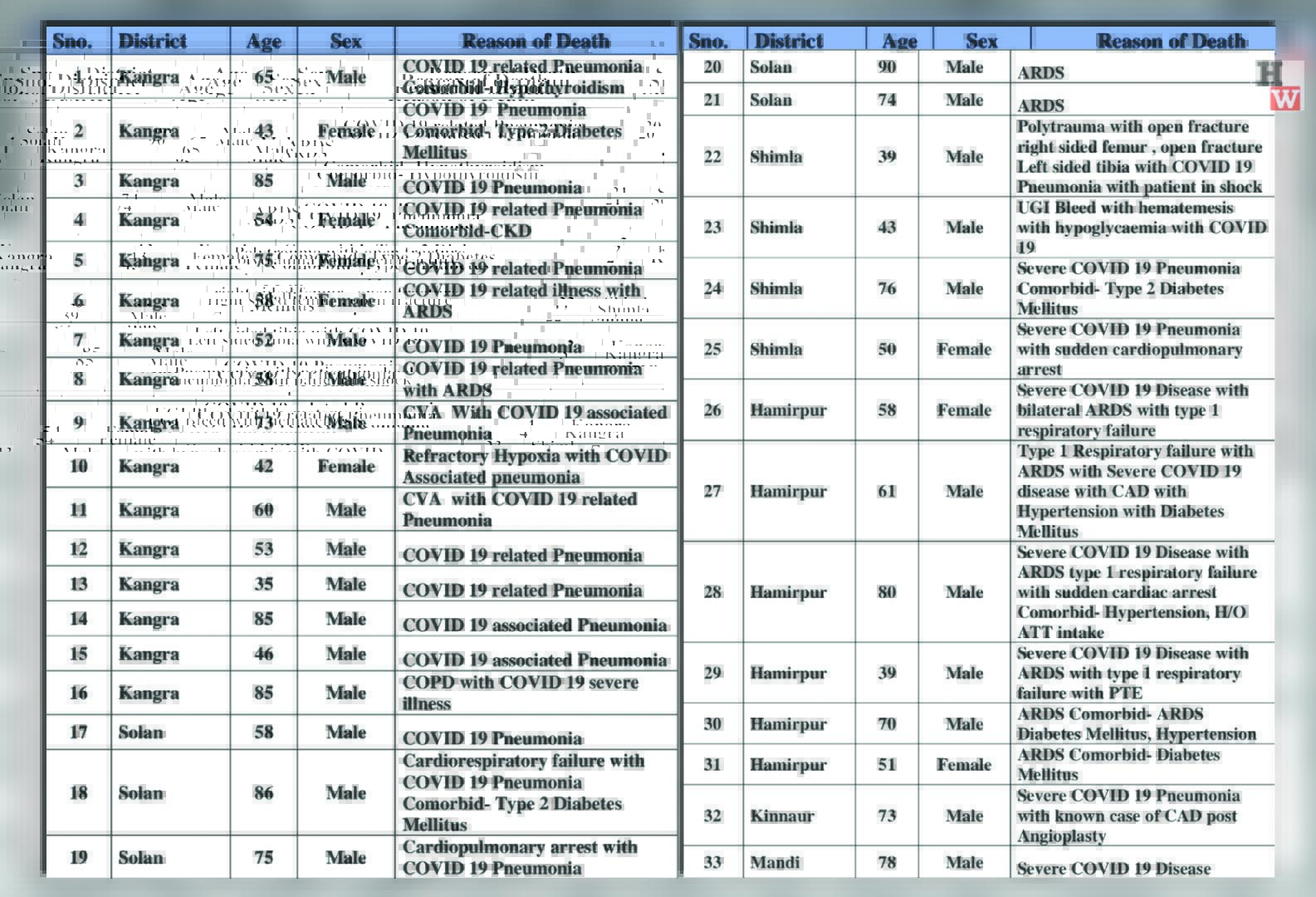 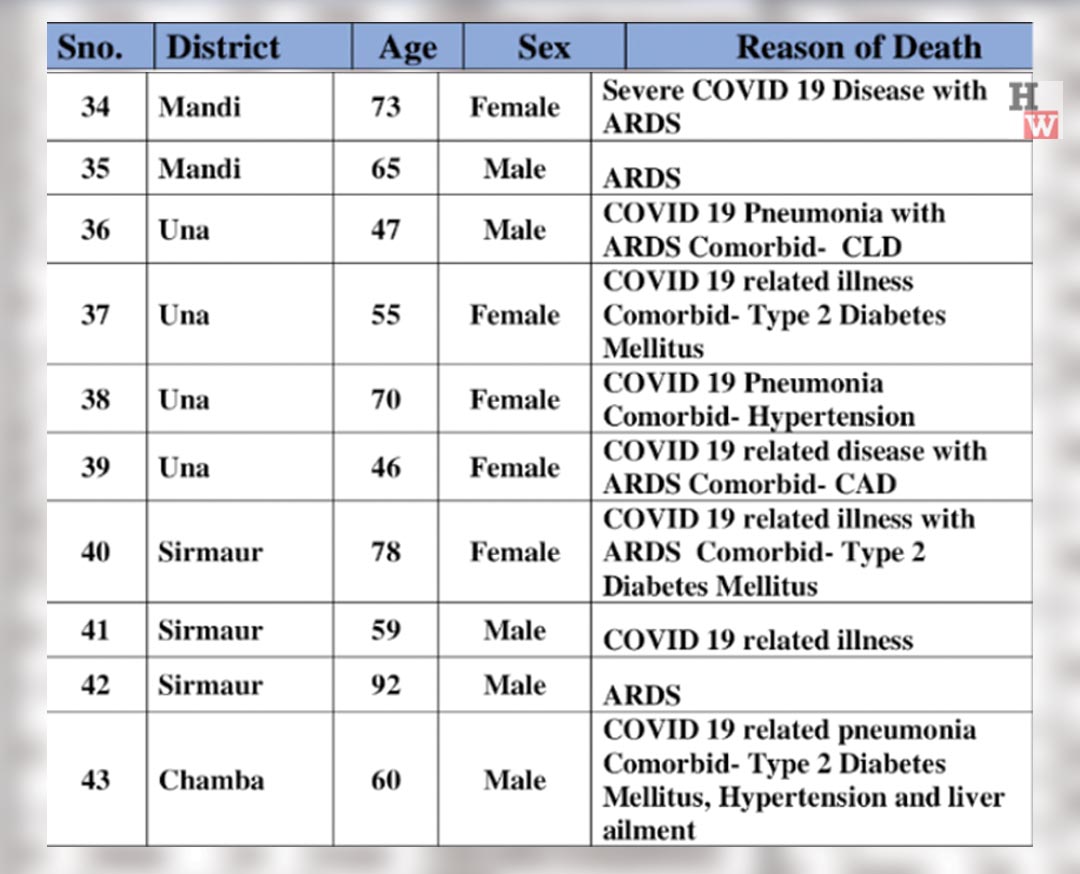