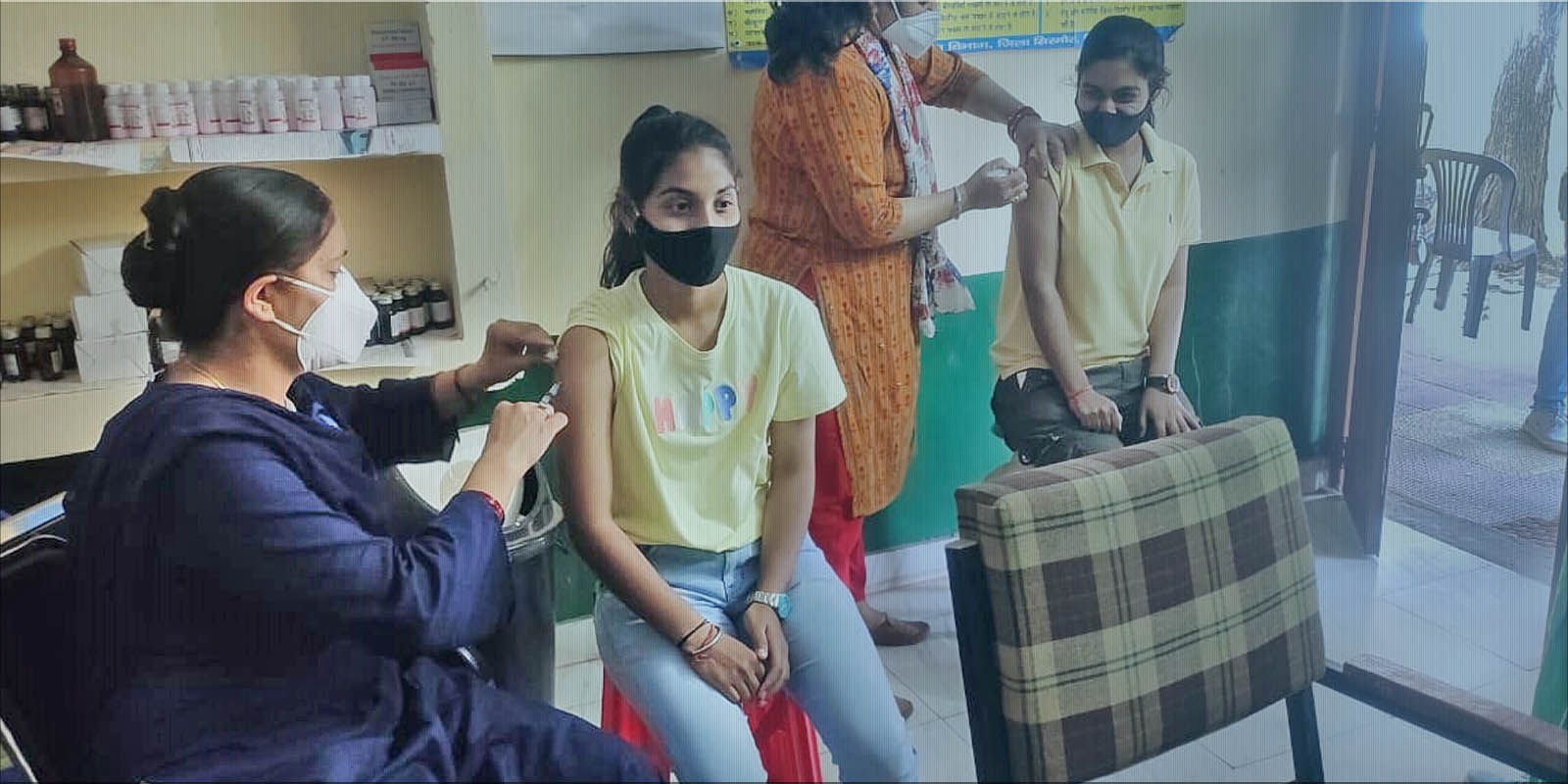 Shimla- Vaccination in Himachal Pradesh with revised guidelines would commence today. The vaccination would be available free of cost to all 18 plus people at Government Covid vaccination centers.

HP Health Department has set up around 809 vaccination centers in Himachal. Of these, 734 centers were set up in the rural areas and 85 centers in the urban area. Approximately one lakh 18 plus eligible beneficiaries are targeted to be vaccinated on 21st June 2021.

Onsite registration would be available in the tribal, hard and rural areas. Government vaccination centers established in the urban area falling under MCs, NACs and Nagar Panchayats would be published online. Only those persons who have prescheduled their appointment would be vaccinated.  All eligible beneficiaries in the urban areas should come to vaccination centers only after pre-scheduling their appointment to avoid any inconvenience, the health department said.

Vaccination would be available free of cost at all the Government Covid vaccination centers. However, private hospitals are permitted to charge a maximum of Rs. 150/- per dose as a service charge over the price fixed by the vaccine manufacturers.

According to the HP Govt’s revised vaccination strategy, beneficiaries have been divided into two groups – A and B.

Sirmaur-Incessant rains have caused another massive landslide in the Sirmaur district on National Highway 707. A 100 to 150 meters stretch of Paonta Sahib – Shillai road near Kali Dhank, Badwas, caved in within a few minutes.

According to the initial information received, no loss of lives or damage to any vehicle was reported as a minor slide from the hill had alerted the people.

The landslide completely damaged several electricity poles, causing a blackout in some parts of the region.

The district police is re-directing all traffic from Paonta Sahib to Shillai to the Puruwala-Kilod-Jong-Kafota-Shillai route.

Further, all traffic movement towards Shimla from the region has also been re-directed.

The HP Meteorological Department has issued a yellow alert for the state till August 2th, while widespread rain has been predicted till August 4th.

The Met has also issued an alert for flash-floods for Chamba, Mandi, Kullu, Shimla, and Solan districts.

It’s pertinent to mention that furious monsoon has already claimed over 200 lives and caused damages to property worth hundreds of crores in Himachal Pradesh.

During the last two days, as many as 21 people had died due to landslides and flash floods triggered by cloudbursts. Some of the persons who were swept away or buried were yet to be traced.

Shimla-Monsoon continues to pummel Himachal Pradesh with deadly ferocity, leading to more cloudbursts, landslides, and flash floods. Several rivers and rivulets are in spate. Incessant rains could bring more destruction as the HP Meteorological Department has forecast widespread heavy rains till August 1st. While a red alert was issued for July 28, an orange alert has been issued for July 29 and July 30 and a yellow alert for July 31st and August 1st.

An advisory has been issued for locals and tourists to not venture near the river banks and avoid unnecessary travel as incessant rains could lead to more landslides, flash floods, and uprooting of trees.  However, tourists could be seen resolutely ignoring these warnings and partying near river banks and water bodies.

As devastation unfolds, the death toll due to monsoon induced calamities has reached nearly 200, while damages to property were assessed to be in hundreds of crores. Over 350 roads, including Manali-Leh, Pathankot-Chamba, and Shimla-Kalka, were blocked due to landslides.  Half a dozen bridges, as many as 30 houses and several vehicles were destroyed. Hundreds of tourists were reportedly struck in Lahaul.

After a flash flood in Dharamshala, a massive landslide in Shahpur constituency, and a horrid rockslide in Kinnaur district that killed nine tourists and injured four people, a cloudburst triggered a flash flood in Lahaul-Spiti district on Tuesday that washed away over a dozen of people, who were said to be labourers.

According to the Director of the State Disaster Management, Sudesh Kumar, at the time of writing this report, seven bodies had been recovered while four others were missing. The cloudburst occurred over Tonzin nallah in the Lahaul region of the tribal district. Rescue operations were in progress to trace missing persons.

A team of the National Disaster Response Force, which was on its way to Lahaul-Spiti through road, remained stuck in Mandi for several hours.

On Wednesday morning, cloudburst was reported in Kullu district resulting in deluging of Bhramhaganga – a tributary of Parvati river. A  tourist, a 25-year-old mother along with her 4-year-old son, and a hydropower official came in its spate and were yet to be traced. Beas river was also in spate and people living in shanties on its bank were evacuated.

Rackham area in Kinnaur district also reported heavy losses due to a cloudburst on Wednesday morning.

While a rockslide killed one person in Chamba’s Saluni, a helper tagged with a JCB deployed for clearing Bharmaur-Pathankot National Highway was swept away by gushing waters of a nullah on Tuesday night. His body was recovered on Wednesday.

In Shimla, a landslide between Vikasnagar and Panthaghati crushed a vehicle and caused damaged to some others. Gumma khud in Chirgaon was also in spate and reportedly swept away a bridge and about four vehicles.

This widespread destruction has worried climatologists and environmentalists who are linking increased instances of landslides and cloudburst to environmental degradation and destabilization of hills due to developmental projects, including cutting of hills for widening of roads, construction of four lanes, hydropower projects etc.