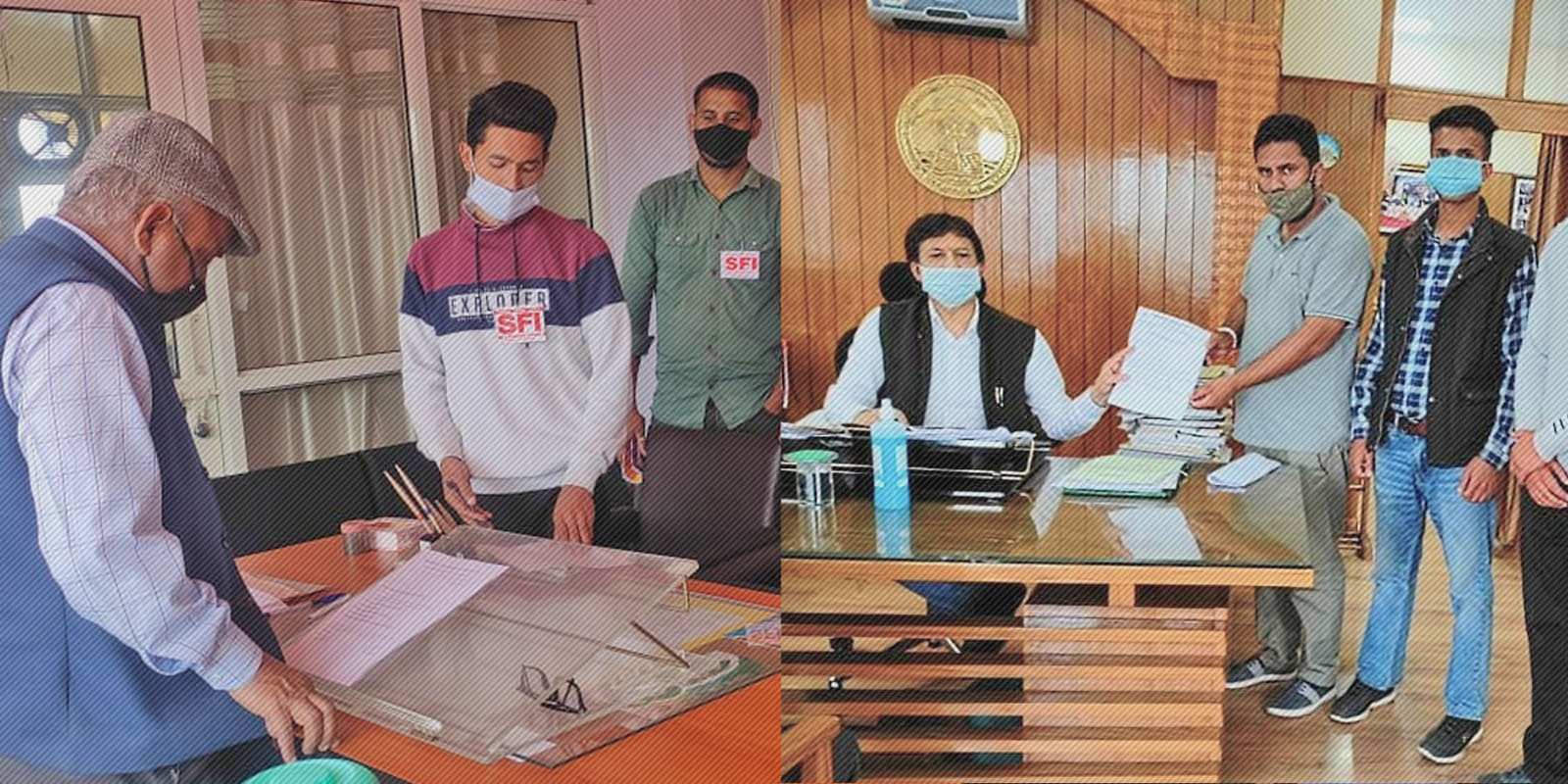 Shimla-Amidst the ongoing battle against the Covid-19 pandemic, Himachal Pradesh Government has decided to hold exams for various Under Graduate classes.

The HPU has released the date sheet for B.Ed 1ST and 3rd-semester exams. The date sheet for M.Ed exams has also been released by the university. Final examination schedule for B.A., B.Sc., B.Com, Hons. and Shastri courses were also released on the University website on Monday.

However, ahead of the warming for the third wave, which is predicted to hit within the next 7-8 weeks, an HPU student body has opposed the decision citing the risk posed to students by offline examination in the middle of a pandemic.

Students have also taken to social media and have been demanding the cancellation of exams. Students had been Tweeting this demand with the hashtag #cancelhpuexams.

They also questioned why the government was not considering the safety of the college students while exams of school students were cancelled.

The NSUI state unit on Monday submitted a memorandum to the Chief Minister through the Director of Higher Education demanding a statewide vaccination drive for students aged above 18 years before conducting the university exams. The student body also raised a demand for a reasonable reduction in the syllabus.

“If online classes are possible, then exams should also be conducted online,” said Chattar Singh, the NSUI state president.

The state unit of SFI (HPU) and ABVP(HPU) on Monday raised the demand to re-open the university library which remained closed for the students due to the pandemic induced restrictions. In separate memorandums submitted to the University Library in-charge, both the student bodies have said the state government had allowed the re-opening of libraries with a capacity of 50% students on June 19. Despite the notification, the University has not released any notice regarding the same.

Research scholars are unable to pursue and complete their research without access to libraries. Students preparing for various exams are suffering a loss, ABVP said.

“The university takes pride in mentioning that it has a 24×7 section in its library. But the same section remains closed for the last one year and seven months. Last year, when the library was re-opened, the 24×7 section was kept closed,” SFI said. The student body has demanded that this students shouldn’t be kept deprived of this essential facility.

SFI expressed disappointment over the lackadaisical attitude of the varsity authorities towards the demands for basic facilities. It said that while the students had been demanding the replacement of furniture in the libraries which is in a very poor state, the university administration is “busy installing sculptures.”  Despite demands, the varsity authority hasn’t moved a muscle, it said.

The student union has demanded the replacement of broken furniture, maintenance of the library washrooms and frequent sanitization of the library.

The student bodies have warned of protests if the varsity authority still doesn’t pay attention to their demands.