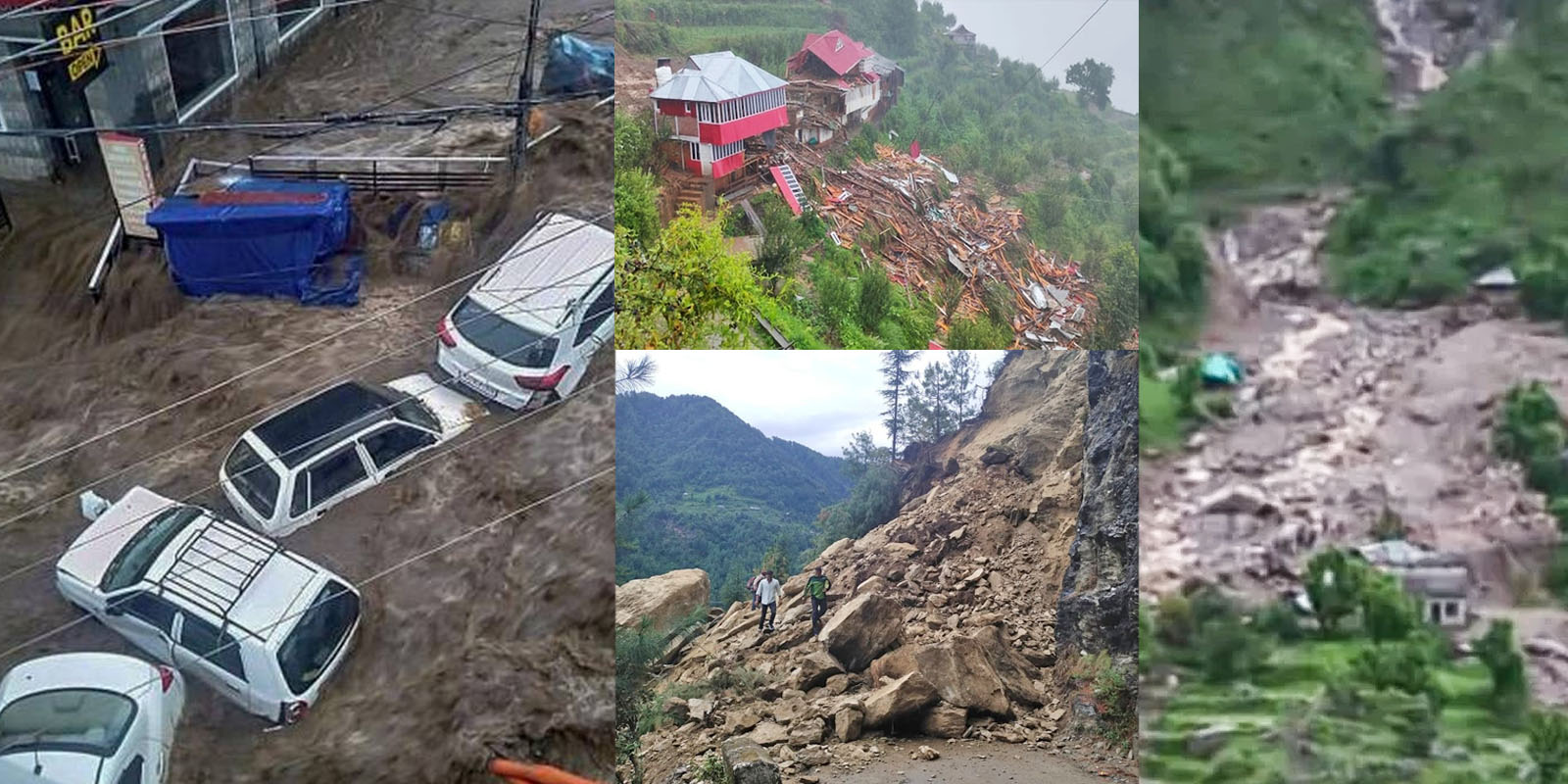 Shimla-After remaining weak for a month since the early arrival in Himachal Pradesh on June 13, the monsoon took a drastic turn and lashed the state with heavy rains since yesterday. In one day, the rain has caused devastation in some parts of the state. But, at the same time, the spell has brought relief to horticulturists.

Various parts of Himachal Pradesh on Monday witnessed torrential downpours, flash floods, and landslides. The worst hit was Kangra district. Heavy rainfall in the upper catchment area of Bhagasu Nag water body in Dharamshala triggered a dreadful flash flood that swept through the city and washed away several vehicles, buildings, and roads. Visual shared by locals showed the flooded area of Dharamshala as well as other parts where water bodies originating in Dhauladhar flow. The Manji River was in spate which caused extensive damage to some buildings.

According to the Indian Meteorological Department, Dharamshala recorded precipitation of 184 mm, which is the highest during this monsoon.

While local and national media claimed it to be a cloudburst, the IMD rejected the claims of a cloudburst in the upper catchment area of Bahgasu water body and termed it only a spell of heavy rainfall. 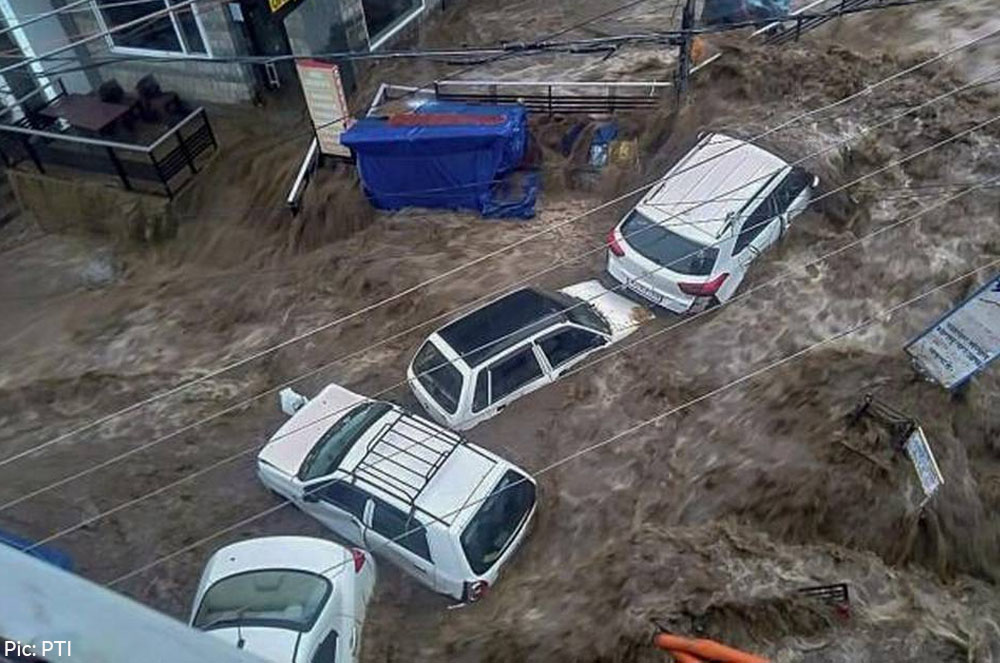 Cars Swept Away by Gushing Waters in Dharamshala

Further, tourists were present in hotels of Dharamshala in large numbers. The flood swept away cars parked on the roadside and hotel parking, causing a commotion among the tourists.  The issue of encroachment around Bhagasu water body that narrowed the stream and construction on drainage spaces are also being linked to the flash flood.

The government has issued an advisory for tourists to refrain from wandering near water bodies of other places vulnerable to landslides. It also appealed not to undertake journey in affected areas until it’s unavoidable. 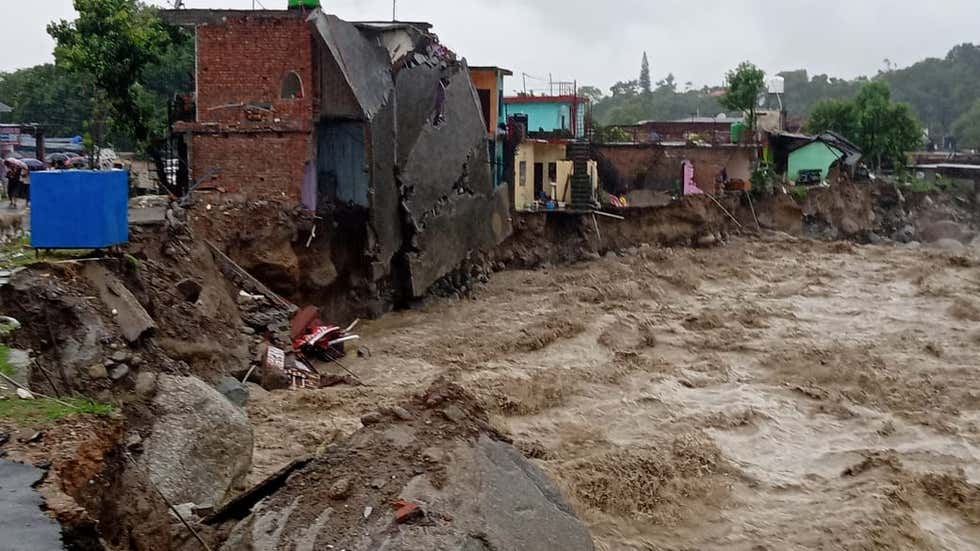 In Shahpur, a video showed a bridge being washed away. In Boh valley of the Shahpur constituency, a landslide said to have washed away about half a dozen houses. While two persons were reportedly killed due to the landslide, about 10 others were said to be missing. The road to Boh was also disconnected. Some houses had to be vacated following the landslide.

The Deputy Commissioner, Kangra, Nipun Jindal, confirmed the report. He was on his way to Boh at the time of writing this report.

The Gaggal Airport was also closed for traffic due to the inclement weather. Some shops adjoining to the area were damaged. An official of the district administration told IANS that damage was caused to property mainly built on encroached land.

In an order issued today, district officials in Kangra have been asked to remain alert.

The state government has directed the district administration to assess the losses and carry out rescue work. The Centre government said that National Disaster Management Force was on its way to affected areas.

Heavy rain lashed Sirmaur and Solan districts too. In Nahan, debris flooded houses and crops were swept away. Similarly, the rain threw life into disarray in Nalagarh and Baddi areas where  heavy rains caused damage. 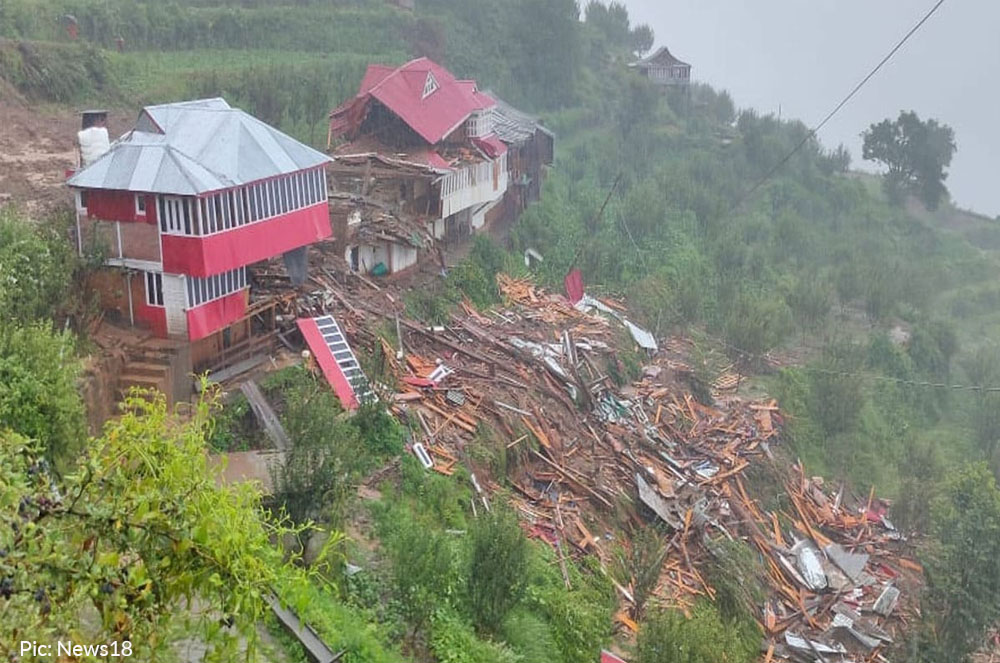 In Kupawi Tehsil of Chaupal sub-division in Shimla district, a building made of mostly wood and containing about 15 rooms, collapsed, leaving one person injured while other family members had a narrow escape.

The Aut-Largi-Sainj road was also closed following a flood in Pagalnala. The Mandi-Kullu-Manali NH was completely disconnected from the Chandigarh duet to a landslide. Public transport and tourist vehicles were said to be stuck. 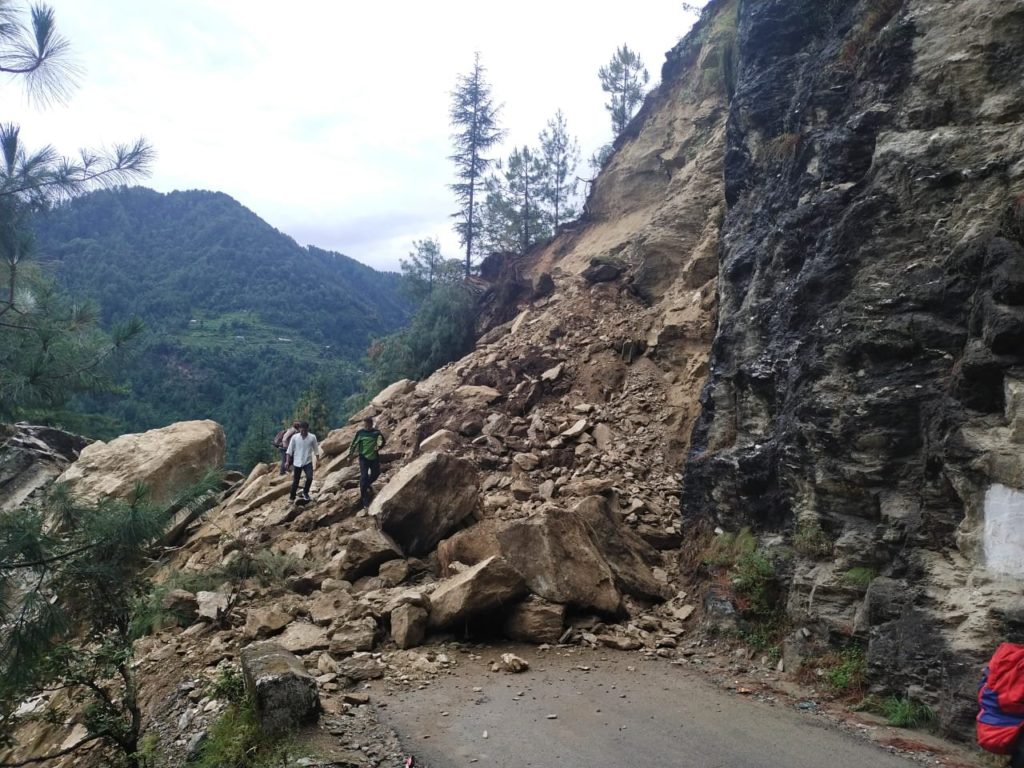