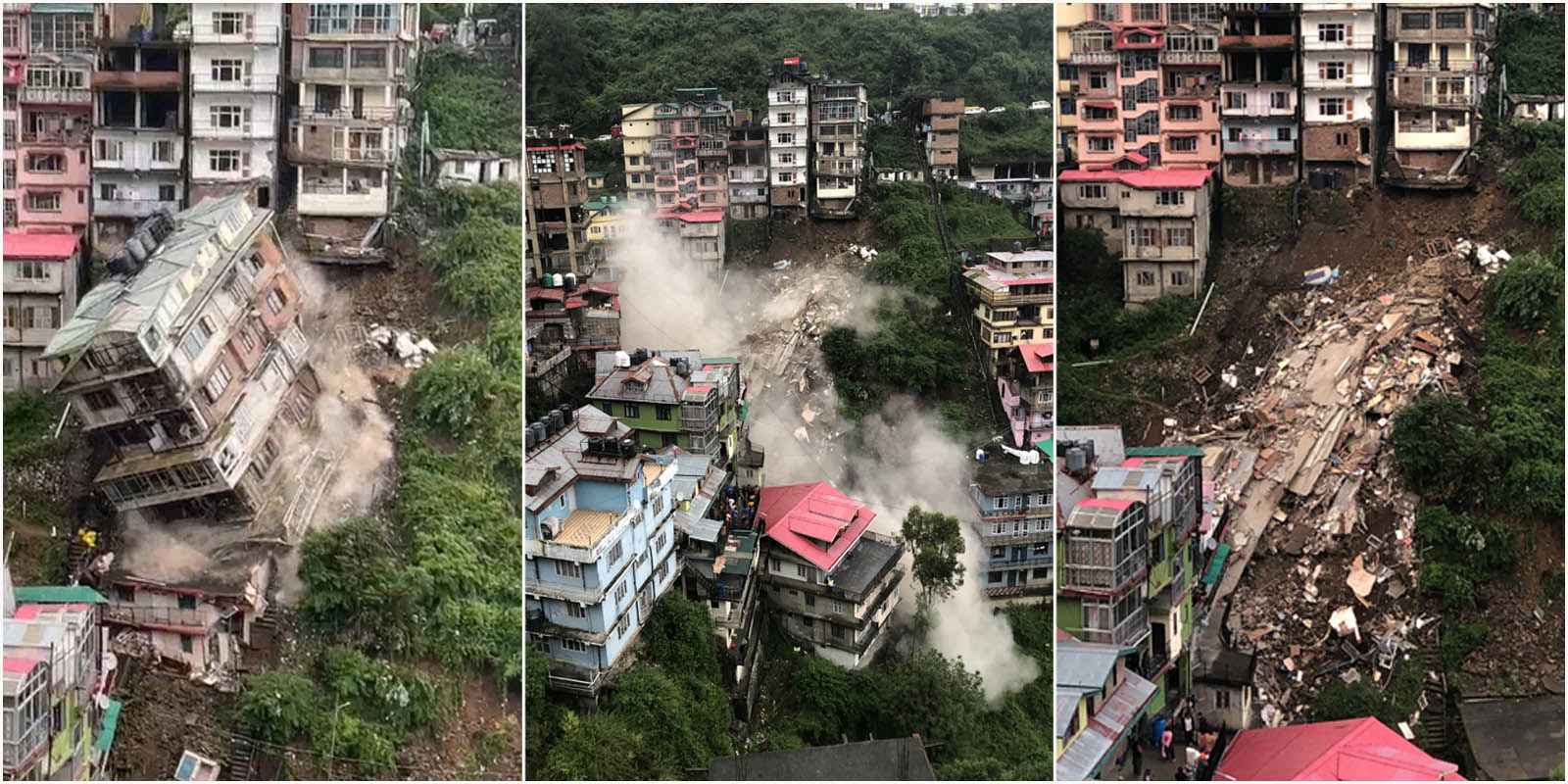 Shimla-The collapse of a building in Shimla’s Ghora Chowki area has again raised questions over town planning and construction laws. On Thursday evening, an eight-storey building collapsed like a deck of cards within a few seconds and also turned two more buildings located below it into rubble. Videos of this building collapse went viral on social media and were also picked up by national media.

The scene created panic among onlookers, especially the people residing in the nearby buildings. A hotel – Hari Palace- located right behind the building is also at risk now.

According to the State Disaster Management Authority, the building, named Darshan Cottage, belonged to Gurmeet Singh – a local businessman. One of the two other buildings which were damaged were known as Nirmala Bhatt and Narayan Cottage. Both buildings were two-storied. The HPSDMA said the loss was estimated to be around Rs 6 crores.

The affected persons were given an immediate relief of Rs. 10, 000, the district administration informed. Temporary alternate arrangements have been made to provide shelter to these families which were rendered homeless. 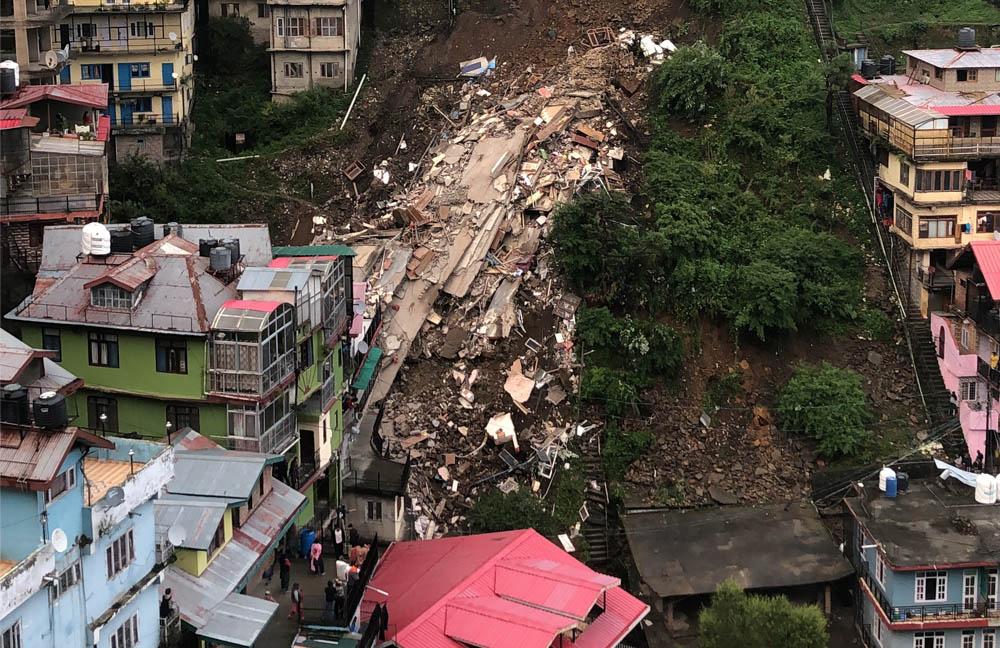 While the building crumbled within seconds, its foundation had started to gave way a couple of days back. The house had also developed cracks about a week ago, and therefore, it was already evacuated. No person was present inside the building when it collapsed. Similarly, the buildings below it were also evacuated as a precautionary measure. Reports said that the hotel owner was also asked to evacuate the building, but he had refused to do so.

At the time of the collapse, the Deputy Commissioner, Shimla, Aditya Negi and Deputy Mayor, Shailender Chauhan, were also present at the spot along with a team of fire services.

Later, the Town and Country Planning Minister, Suresh Bhardwaj, also visited the spot and said an inquiry would be conducted to ascertain whether the structure was legal or not.

Some reports said that the area, which is also known as Kachi Ghati, falls in a sinking zone. Despite that, a large number of multi-storey buildings have come up on this steep slope. Some speculated that a large number of these buildings were illegal and built without obtaining necessary permissions from the authorities.

About half a dozen other buildings located on this steep slope were also said to have developed cracks and could crumble anytime.

Though the exact cause of the collapse was yet to be ascertained, the initial reports said that eight stories were built on a weak foundation and on a fragile slope. Moreover, seepage of water from the buildings located above it had weakened the foundation further.

Questions are being raised as to how the construction of eight stories was allowed in a sinking zone.