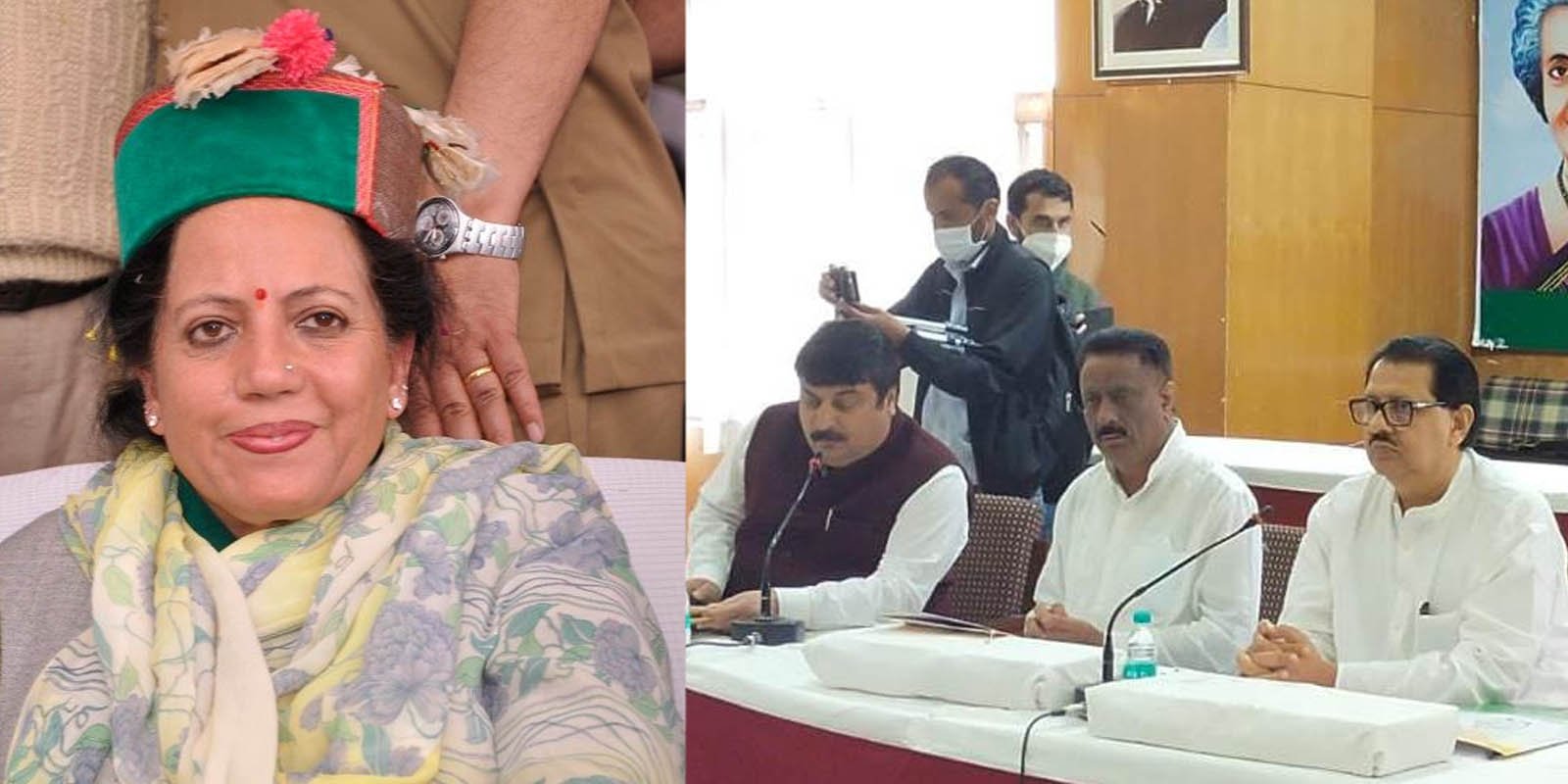 Shimla-With the notification of Himachal Pradesh By-Elections 2021 schedule for one Lok Sabha seat and three Assembly seats, Congress and Bharatiya Janata Party are set to finalize their candidates. On Saturday, Congress Election Committee finalized three candidates except for the Arki Assembly constituency and forwarded the list to the High Command for final approval, informed the Congress party chief Kuldeep Singh Rathore.

The names were finalized after a meeting of Congress Election Committee that was attended by AICC Secretary, Sanjay Dutt, and CPL leader Mukesh Agnihotri.

For Mandi Lok Sabha seat, the Committee has decided on the name of Pratibha Singh – former MP and wife of Virbhadra Singh. With this decision, Ashray Sharma – son of former Telecommunication Minister, Sukh Ram-faced a huge disappointment as he had made a claim for the ticket for this seat. However, considering the previous performance of Sharma, Congress decided not to take chances on this Lok Sabha seat.

For two out of the three Assembly seats – Jubbal-Kotkhai and Fatehpur-the names were finalized but yet to be announced officially.

For the Arki Assembly seat, there was said to be an impasse on the names of Sanjay Awasthi and Baldev Thakur.

Further, Rathore said that a single-line resolution has been passed, leaving the final decision to pick the candidates on Sonia Gandhi.

As usual, both parties are making claims of humongous victory on all four seats. Chief Minister Jairam Thakur is patting his own back and claiming the state government has made unprecedented development during his four-year tenure. During an informal interaction with the media, Jairam Thakur on Saturday said that BJP’s agenda for Himachal’s by-election 2021 would be development. He said Congress has nothing against his government.

Congress, on the other hand, has inflation and unemployment as its main ammunition. However, Jairam Thakur yesterday tacitly admitted the issue of inflation when he justified it by arguing that the situation wasn’t any better during the Congress regime.

Personally, much is at stake for Jairam Thakur as Mandi is his home district. Jairam Thakur hasn’t turned out to be a popular leader of masses during his ongoing first tenure as the Chief Minister, and with the elections to the Legislative Assembly due next year, a lot is stake for him.

At the same time, in-fighting within the Congress party, especially after the demise of former Chief Minister and the face of Congress in Himachal -Virbhadra Singh- appears to be one of the biggest hurdle.