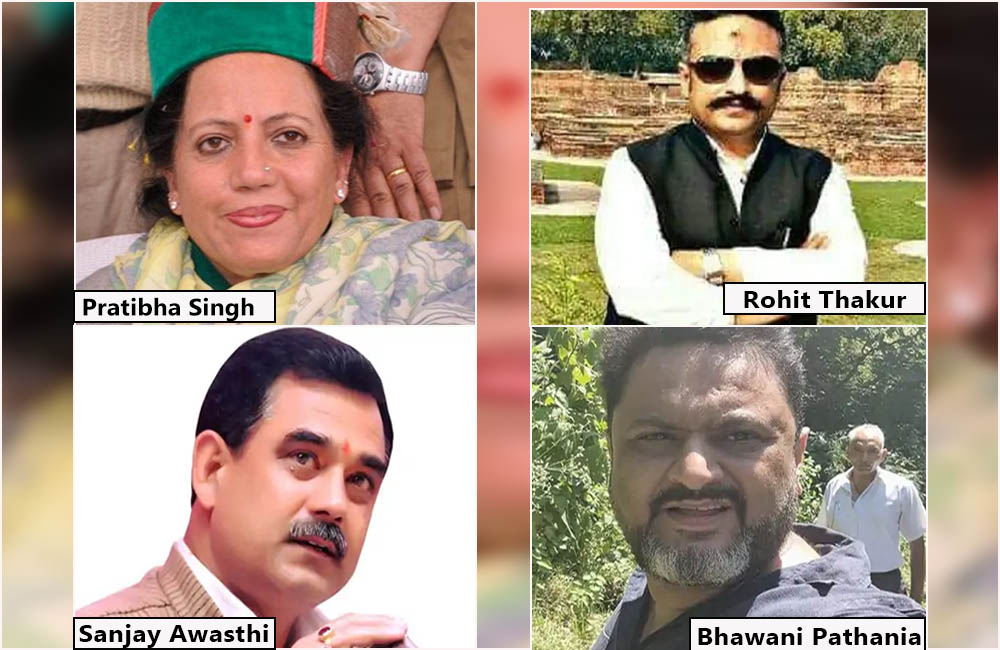 Shimla-The results of the by-polls 2021 in Himachal Pradesh for one Lok Sabha seat and three assembly seats have come as a huge blow not only to the ruling Bharatiya Janata Party but also to the National President of the Party JP Nadda and Union Cabinet Minister Anurag Thakur as both hail from the Hill state. BJP not only lost on all seats, but one of its candidates – Neelam Seraik who was contesting from Jubbal-Kotkhai constituency- lost her deposit too. With this defeat, these by-polls also brought humiliation to the party.

Loss on Lok Sabha seat in Mandi – home district of Chief Minister Jairam Thakur-would definitely raise doubts over his capability as a leader to steer the party to win in the elections to be held next year.

Under his leadership, BJP faced resistance from rebels on all three assembly seats. The choice of candidate on the Jubbal-Kotkhai seat had already paved way for Congress. While on two seats – Arki and Fatehpur- the party managed to convince miffed leaders to not contest as independent candidates, it failed to convince Chetan Bragta. He fought as an independent candidate, for which he was expelled from the party for six years, and garnered more support than the BJP candidate.

Political analysts are of the view that rising prices of fuels and essential commodities swayed the results in favour of Congress.  While the petrol price crossed Rs. 107 per litre mark, domestic LGP cylinder now costs over Rs. 1000.

At the same time, BJP leaders and Chief Minister, who addressed as many as 68 public meetings and rallies as part of the campaign and were claiming a win on all four seats on the basis of developmental works, found themselves helpless. BJP had announced that it would fight these by-polls on its achievements in the field of developmental works in the state. On the other hand, Congress targeted BJP on inflation and unemployment. Further, it can be said that public sentiments were in favour of Pratibha Singh after the demise of her husband and the veteran Congress leader Virbhadra Singh. Congress did exploit this sentiment in favour of Pratibha Singh, which was clear from its appeal to voters that asked for a tribute instead of a vote.

The results are a wake-up call for BJP as the public mood conveys  that all is not well under the ruling government.

In the by-election for Arki Assembly Constituency, Sanjay Awasthi stood victorious by getting 30,790 votes. Ratan Singh Pal of BJP got 27,570 whereas Independent candidate Jeet Ram got 547 votes.

Chief Minister Jai Ram Thakur said that he humbly accepts the verdict given by the people in the by-elections to one Lok Sabha seat and three Vidhan Sabha Constituencies of the State.

He said that these results were not according to our expectations. He said that Bharatiya Janta Party lost the Mandi Parliamentary seat with a narrow margin.

Jai Ram Thakur said that we would try to come up to the expectations and aspirations of the people of the State and would work with renewed zeal and dedication to perform better in general Assembly elections-2022.