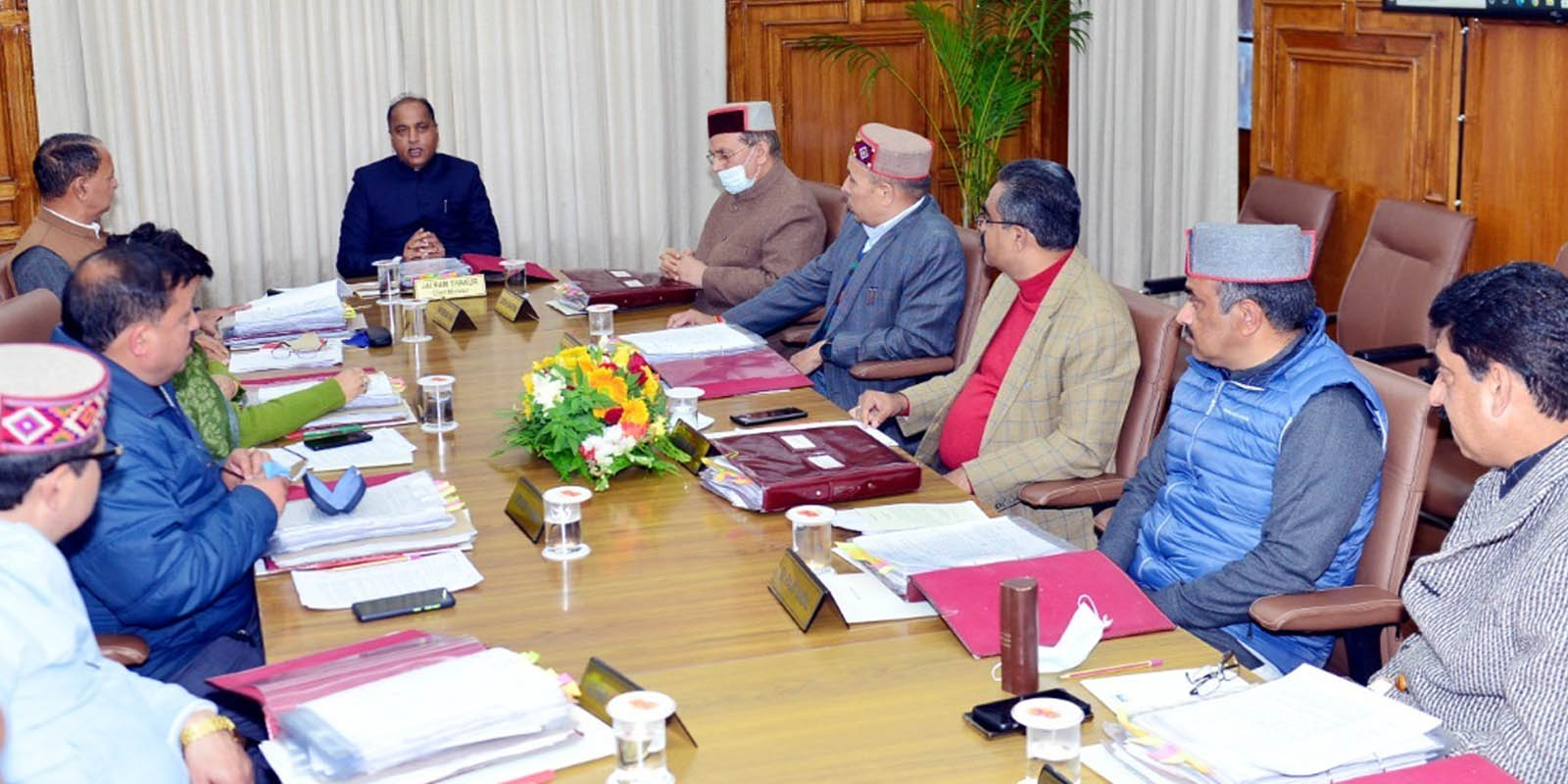 Shimla-The Meeting of the Himachal Pradesh Cabinet was held on November 30, 2021. Among various decisions, the HP Cabinet approved filling up 100 posts of Clerks in place of Junior Office Assistant (IT) in the H.P. Secretariat on a contract basis. It also decided to fill up 50 posts of Clerks against the anticipated vacancy of clerks during the years 2022 and 2023.

The Cabinet gave its approval for procurement, supply and distribution of school bags under ‘Atal School Vardi Yojna’ to the school students of class 1st, 3rd,6th and 9th on the basis of e-tender by Himachal Pradesh State Civil Supplies Corporation Ltd. For the year 2020-21, the tender was allotted to bidder Highspirit Commercial Ventures Private Ltd. This would benefit about three lakh students studying in different government schools of the State, on which an amount of Rs 9 crore would be spent.

It gave its nod to provide abatement/relaxation of toll fees for the year 2020-21 t0 Toll Units keeping in view the representations received from toll lessees, especially from those who have got the toll unit renewed on full value.

The Cabinet decided to extend the contract of TATA Consultancy Services with effect from 1st May 2021 to 30 April 2022 exclusively of any taxes at the cost of Rs. 6.18 crore with the condition that the Excise Department would place a mechanism to take over the running of services internally.

It also decided to provide 1-65-83 hectare forest land at Mohal Kaswati Nasogi Manali and Mohal Kaswati Chhiyal Viha, Manali in favour of H.P. Bus Stand Management and Development Authority for construction of multi-storeyed car parking and bus stand at Manali, district Kullu for 99 years on lease amount of Rs. 16583 per year with 5 per cent increase after every five years.

The Cabinet decided to provide land measuring 00-05-10 hectare in Mauza and tehsil Dharamshala in Kangra district in favour of Kangra Arts Promotion Society (Regd.) Dharamshala on lease amount of Rs. 13,158 annually which would increase by 5 per cent after every five years for 99 years.

It also decided to upgrade Community Health Centre Baldwara in Mandi district to 50 bedded Civil Hospital along with the creation of 11 posts of different categories to man this Hospital.

It decided to fill up

The Cabinet gave its consent to create one post of Senior Lecturer (Computer Engineering) and one post of Lecturer (Electrical Engineering) in Atal Bihari Vajpayee Government Institution of Engineering and Technology (Polytechnic Wing) Pragatinagar in district Shimla.

It also decided to fill up two posts of Junior Stenographer in Prosecution Department through direct recruitment on a contract basis.