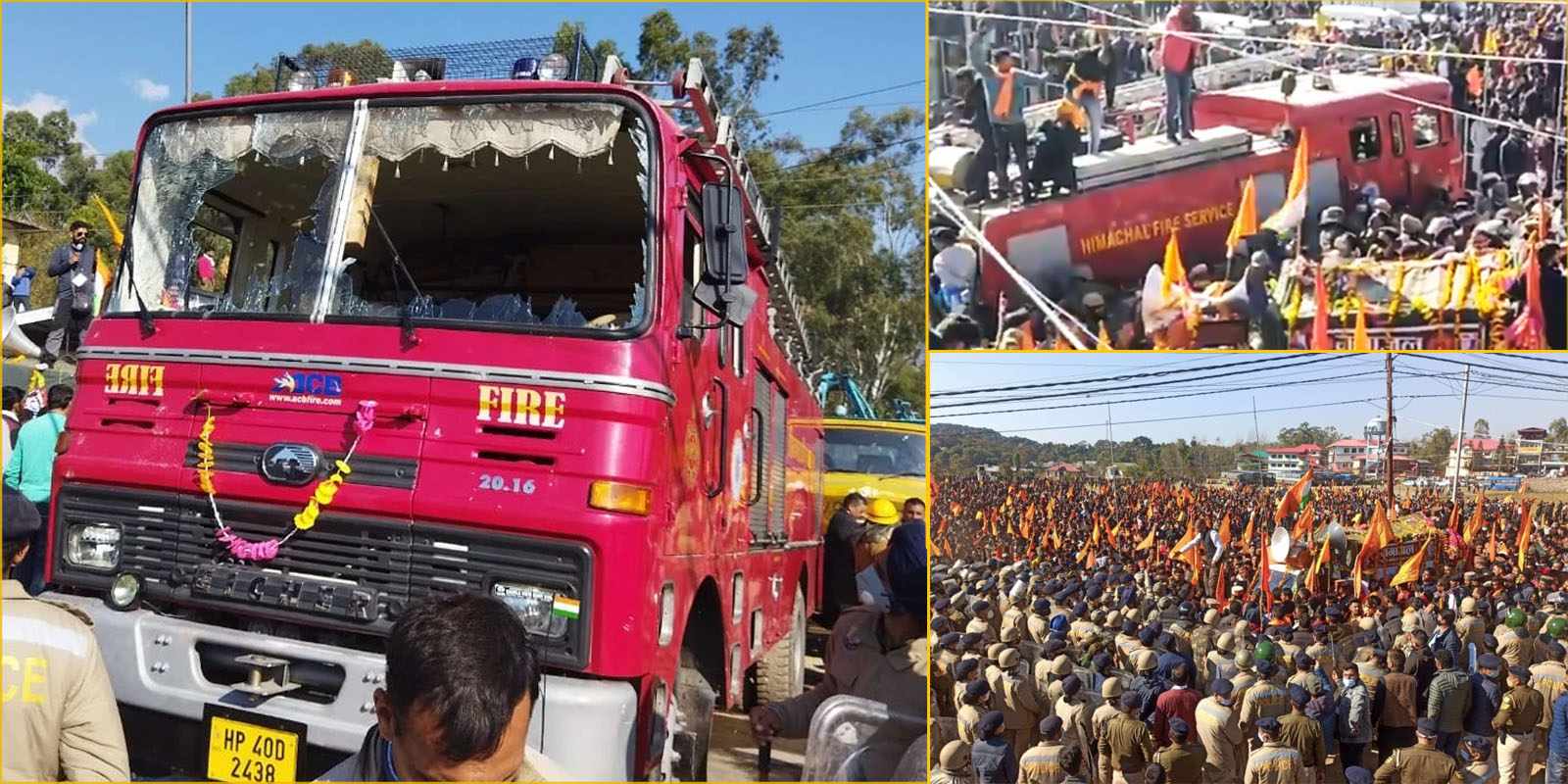 Dharamshala-A Commission for General Category in Himachal Pradesh – Samanya Varg Ayog- was formed within a few hours by the HP Government on Thursday. Chief Minister Jairam Thakur yielded to the warning given by the people of the general category to press NOTA in the elections next year. What made him accelerate this process was the Gherao of Tapovan Vidhan Sabha, Dharamshala, on the first day of the winter session by thousands of protestors from the general category under the banner of Devbhoomi Swarn Morcha and Devbhoomi Kashatriya Sangathan.

The protestors had earlier warned to gherao the Assembly complex on the first day of the winter session, and they did do it. But the bigger concern for the Jairam Thakur-led government was the warning from the people of the general category to press the NOTA button in the next Assembly elections due to be held in 2022. In Himachal Pradesh, according to the 2011 census, more than 50% population belong to the general category, making it the majority vote bank. Moreover, these organizations had claimed that the reason for the defeat of BJP on the Mandi Lok Sabha seat in the recent by-elections was a result of pressing the NOTA button.

The protestors broke the police barricades and breached the security to gather outside Vidhan Sabha. Some of the protestors also tried to enter the complex. According to the reports, when the police force tried to scatter the crowd with water cannons, the protestors pelted stones in which a fire tender and the vehicle of the SSP were damaged.

The protestors had reportedly Gheraoed the vehicles of DGP and the Deputy Commissioner, Nipun Jindal. They also warned of blocking all the exit routes from the Assembly complex. They demanded the presence of the Chief Minister to address their demand.

Amid this charged up atmosphere, the police, as well as the state government, surrendered to the protestors. The protestors didn’t listen to the Director-General of Police, HP, Sanjay Kundu, or Ministers Suresh Bhardwaj and Mahender Singh who tried to calm them down. Ultimately, Chief Minister Jairam Thakur was made to come out and negotiate. The Chief Minister sought more time for the formation of the Commission. However, the protestors didn’t accept this offer and demanded a written assurance. This made the Chief Minister go back to the Assembly session and make an immediate announcement for the formation of a Commission for the people of the general category.

Within a few hours, Governor Rajendra Vishwanath Arlekar issued a notification that said that permission was granted for constituting commission for the general category.

Earlier, the protestors had gathered one kilometre from the Assembly complex at Zorawar Stadium. The police failed to hold the protestors there owing to their huge number.

The Chief Minister justified that this demand was long pending, hence, the HP Government had to take the decision to constitute the Commission.

These organizations from the upper castes had recently carried out a “Shavyatra” over their demand for the formation of Commission on the lines of SC/ST Commission. They had also carried out a foot march from Shimla to Haridwar and back to Dharamshala. They brought “Ganga Jal” from Haridwar and were adamant that they would carry out purification of all legislators with it.

After the official announcement of the Chief Minister, the Deputy Commissioner, Kangra, was seen in a photo reportedly carrying a vessel filled with “Ganga Jal” into the Assembly.

This movement for the formation of the Commission for general category was ignited as a reaction to the reservation given to the SC/ST categories. Now, this decision is likely to intensify the rift between the above-mentioned categories. Now, Himachal Pradesh has become the second state  in the country after Madhya Pradesh to constitute a Commission for the general category. For better or worse, the politics in the state has gained a new dimension under the current BJP regime.