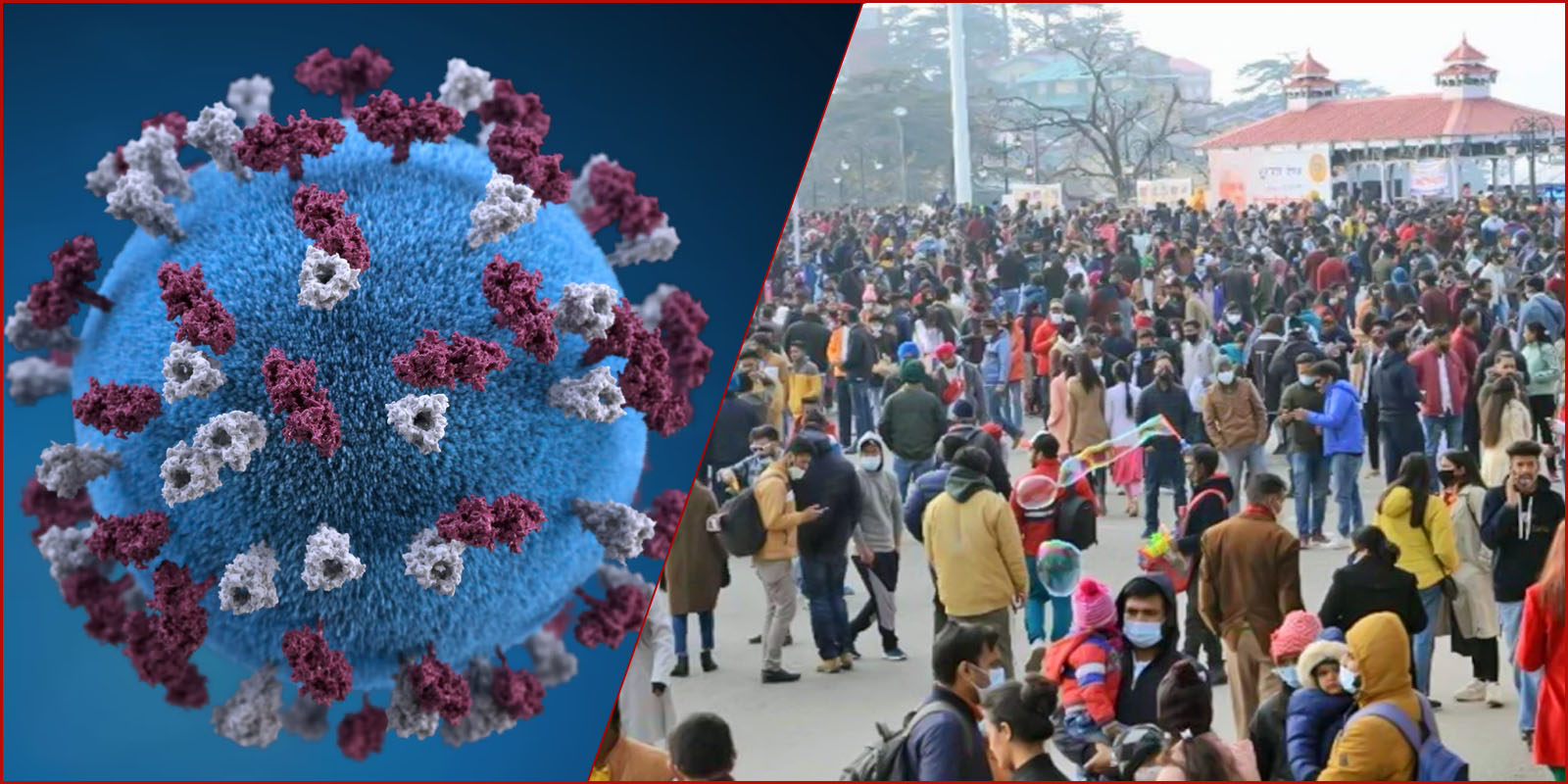 Shimla-Himachal Pradesh has reported its first confirmed case of the Omicron variant. The 45-year-old a woman hails from the Mandi district and had a travel history from Canada. On December 18 had tested positive for Covid-19. Seven samples, including her, were sent to the National Centre for Disease Control (NCDC) for genome sequencing. Now, the NCDC has confirmed the sample of the woman to be positive for the Omicron variant.

Reports of the remaining six samples were still awaited. The Department said that it would send more samples for sequencing to the NCDC.

She has received the both doses of COVID-19 Vaccine, informed an HP Government Spokesperson.  He said the female found positive for omicron has a travel history from Canada and she arrived in Shimla on 3rd December 2021. Her RTPCR test was done on the 8th day after her arrival i.e. 11th December 2021. He told that her sample was sent for WGS to Delhi and positive report was received from the WSG laboratory on 26th December 2021.

The HP Government informed that out of 1747 international passengers eligible for testing, 942 RTPCR tests have been conducted. The testing is done on the 8th day after arrival or when the symptoms appear, so accordingly 805 passengers are due for the RTPCT testing.

The Government Spokesperson said that out of 942 RTPCR tests done, 10 samples have been found positive

At the same time,  the HP government appears to be following exactly the opposite of what’s required. The state borders are open for tourists without any check, there are no crowd control measures, the testing is low, and Covid appropriate behaviour is reduced to only a formality.

The state government isn’t capable of compensating the tourism industry stakeholders if restrictions are imposed on the tourist movement. Meanwhile, it also can’t afford to annoy these stakeholders considering the crushing defeat on all three Assembly and one Lok Sabha seat in the recently held bye-elections.

While neighboring states are taking preventive measures, like the imposition of night curfew and crowd control measures, in view of the spread of the Omicron variant, Chief Minister Jairam Thakur, along with the entire HP Government machinery, is preparing to create a massive gathering at the Paddal ground in Mandi district to impress Prime Minister Narender Modi. Prime Minister is expected to address a rally in the Mandi district on December 27.

During the peak tourists season, organization of such a huge rally could be a blunder – an invitation to the third wave in the state.