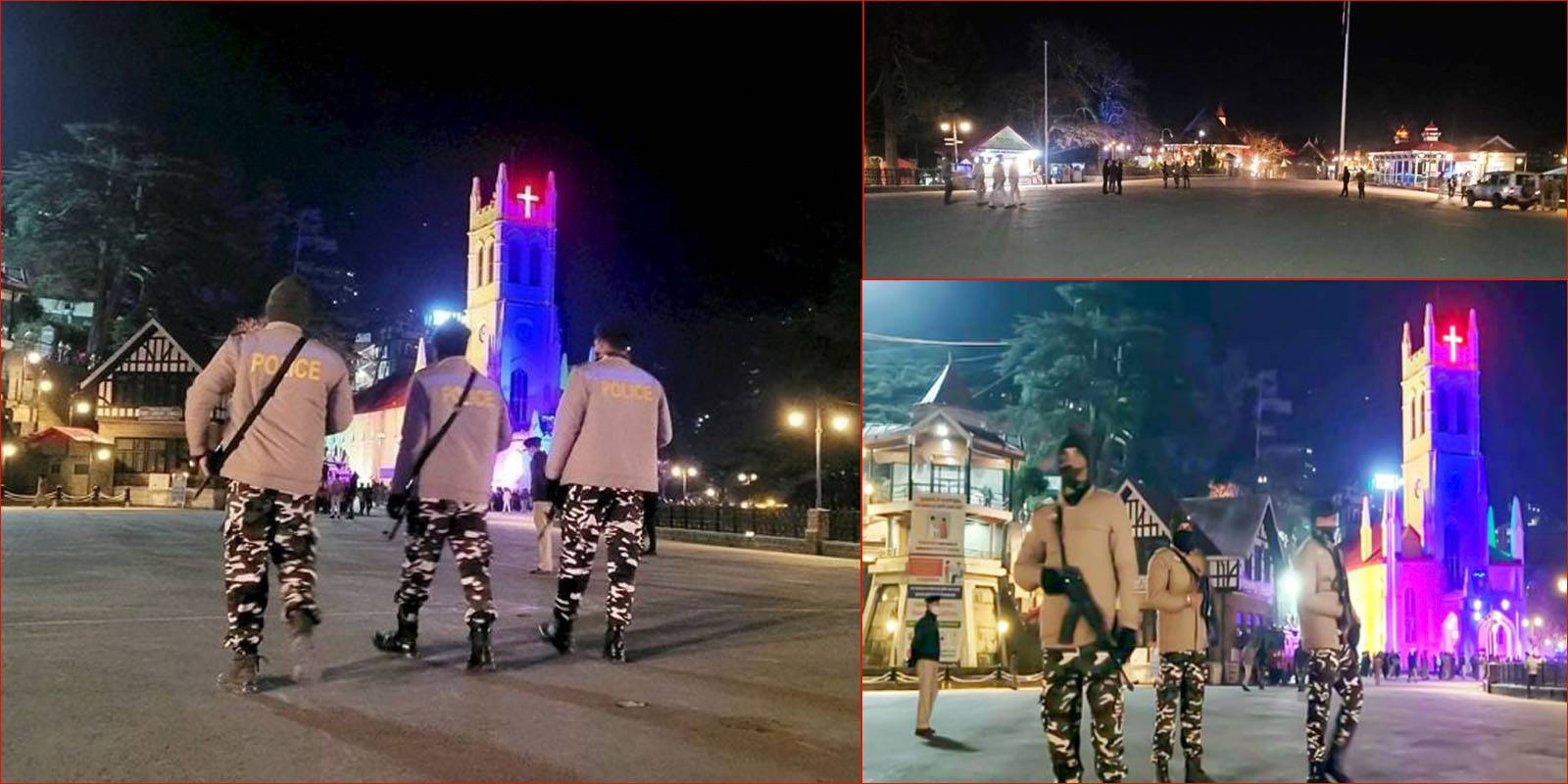 Shimla-On Saturday morning, the Shimla Mall and Ridge Maidan returned to the normal routine after an emergency evacuation on New Year eve.  All entry points were opened for the public this morning. Though a heavy deployment of the armed police force, searches with dog squads, and deployment of a mobile bomb disposable unit etc. had made it obvious, the District Administration and Police initially said that the action was taken in view of the Omicron spread. The police force evacuating the areas gave the same reason to the public to avoid creating panic in these crowded locations.

The market on the Mall and Ridge Maidan was also shut down, which came as a huge disappointment to the tourists and businesses, who initially thought the step was taken as a Covid restriction.

Later, an unverified  notification issued by the Superintendent of Police, Shimla, to all SHO’s in the district regarding inputs of a planned bomb blast threat appeared on social media.

Now, it has been officially confirmed that the emergency evacuation was carried out as a preventive measure after inputs from the Intelligence Agencies regarding a planned bomb blast on the Ridge Maidan during the New Year celebrations.

However, the media is yet to be briefed properly on it by the Administration or the Police.

The news has come as a shocker for the people as they hardly heard of a planned bomb blast threat anywhere in the Hills state ever. The Shimla Ridge Maidan and the Shimla Mall Road become the most crowded places in the city around Christmas and New Year eve.  Further, below the Ridge Maidan lies a huge water storage tank.

Except during the lockdown in 2020, these two tourists hot spots never wore such a deserted look.

The notification from the SP, Shimla, said that a message was received through a fax message from the SB, Punjab, regarding the threat of a bomb blast at a public place.

“According to reliable input, one Pakistan based entity is planning to carry out bomb blasts at Shimla Ridge during the New Year celebrations and location is yet to be identified in Haryana,” the notification read.

“Watch over activities of anti-nation or anti-social elements and also to strengthen the checking in your perspective jurisdictions,” the notification read.

Further, all SHO’s in the district were directed to maintain a sharp vigil over the activities of migrant labourers, especially Kashmiris in their respective jurisdictions.

Security around the residences of the Chief Minister, Governor, and Ministers was also tightened.