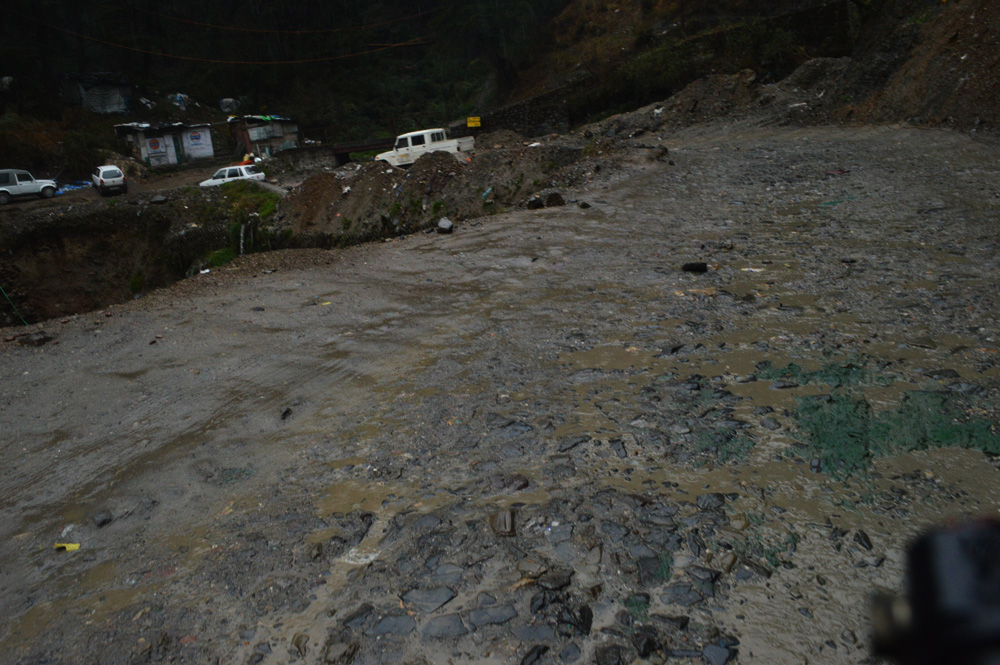 See for yourself through what I and many other suffer due to the poor condition of Shimla bypass road. Not only the bridges, but the most of the whole bypass it full of ditches in rains and dust on sunny days. I have a scooter and it’s becoming almost impossible to drive through the two bridges and their nearby area.During rain, it’s pool of mud, and is like a curse to two wheeler riders. If you have not recently used the bypass road, then try it once. Then, you’ll better what the public is suffering from.

The incident has jolted the State Police Department, as well as, the people as all of this ruckus occurred in the presence of Chief Minister and Union Minister Nitin Gadkari.

Video clips of this incident where personnel of the Himachal Pradesh Police exchanged slaps and kicks appeared on social media and are going viral across the nation.

The incident has attracted widespread criticism over such indisciplinary actions from these high-rank officials.

It’s pertinent to mention that Gaurav Singh is considered one of the most honest IPS officials serving in the State. His strict action against sand and drug mafia in Baddi industrial area had won him praise from the people. He was hailed as Baddi’s Singham at that time. He continues to work with the same zeal against drug mafia as the SP of Kullu district too.

What Happened At Bhuntar Airport

According to the initial information available, Chief Minister Jairam Thakur had come to the Airport to welcome Gadkari, who is on a five-day visit to Kullu. When their convoy left the Airport, Gadkari noticed several people who had gathered outside to meet him and share their grievance related to insufficient compensation for the acquisition of land for the four-laning project. These people from the four-lane Sangharsh Samiti were waiting for the Minister outside the Airport.

Meanwhile, CM’s Security Official reportedly started arguing with the SP over allowing people to gather outside the Airport which caused an unscheduled halt for the Minister’s convoy. As per reports, Gadkari had himself asked to stop the car to listen to these people, which led to misunderstanding between the security of the Chief Minister and Chief of the local police. The argument turned into a violent brawl as the SP slapped Brijesh Sood.

Other officials present at the scene tried to intervene and control these officers. This entire episode occurred in front of the Chief Minister’s car.

The people at once rushed towards the spot shouting “ SP sahab ko kyon maar rahe ho (Why Are You Assaulting the SP)?”

Following this shocking incident, the PHQ came into action and the Director-General of Police, Sanjay Kundu, left for the spot. DIG Central Range, Madhusudan, had already reached the spot to conduct an inquiry into the matter.

The inquiry would be conducted under Section 63 of the HP Police Act, it was informed.

The IG Intelligence was asked to immediately depute someone to perform the duties of Balwant, HPP, PSO to the Chief Minister immediate effect.

Further, the PHQ, in a statement, informed that till the conclusion of the preliminary inquiry into the incident, Gaurav Singh, Brijesh Sood and  Balwant, will remain on compulsory leave. The headquarters for Gaurav Singh was fixed to be the Range Office Mandi and PHQ Shimla for Brajesh Sood and Balwant Singh.

Further, the DIG CR Madhusudan would perform the duties of the SP Kullu, while the duties of Addl SP, CM Security, will be performed by Addl SP, IIIrd Bn Pandoh, Puneet Raghu.

The Himachal Kisan Sabha also issued a statement in which it referred to the incident as another example of the state government’s anti-farmer attitude. The Sabha said that the farmers affected by the four-laning project only wanted to submit a memorandum to the Union Minister to convey their grievance peacefully and the Minister himself agreed to it. Despite this, an unnecessary brawl was created on the part of the Chief Minister’s security.  The Sabha supported the demand of the farmers for appropriate compensation for their land acquired for the project. 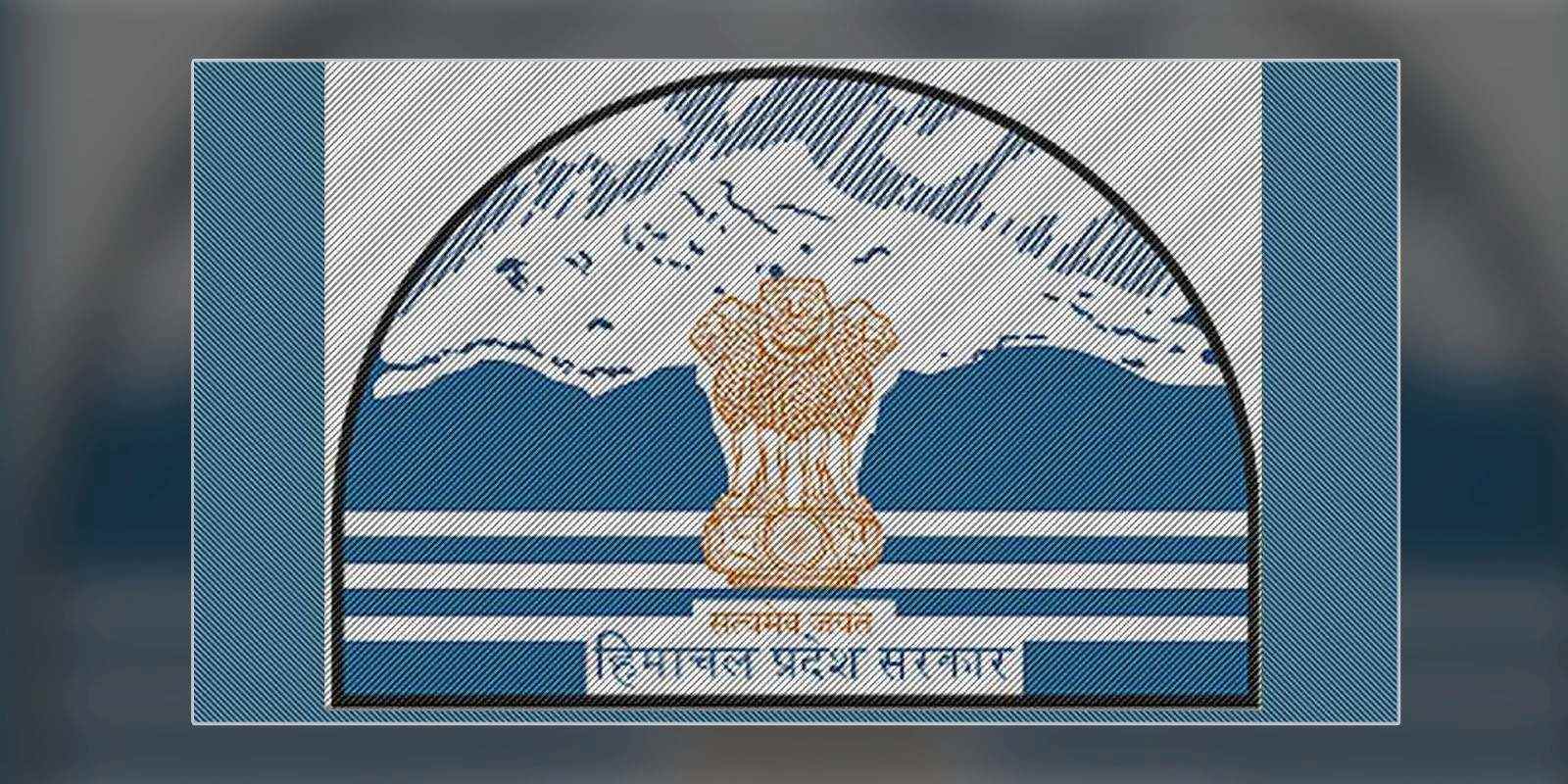 Shimla-Himachal Pradesh Government has re-shuffled 43 IAS and HAS official. The transferred/posted officials include eight Deputy Commissioners. The orders came following the meeting of the HP Cabinet held yesterday.

This re-shuffle has also come ahead of the by-elections scheduled to be held in the state. 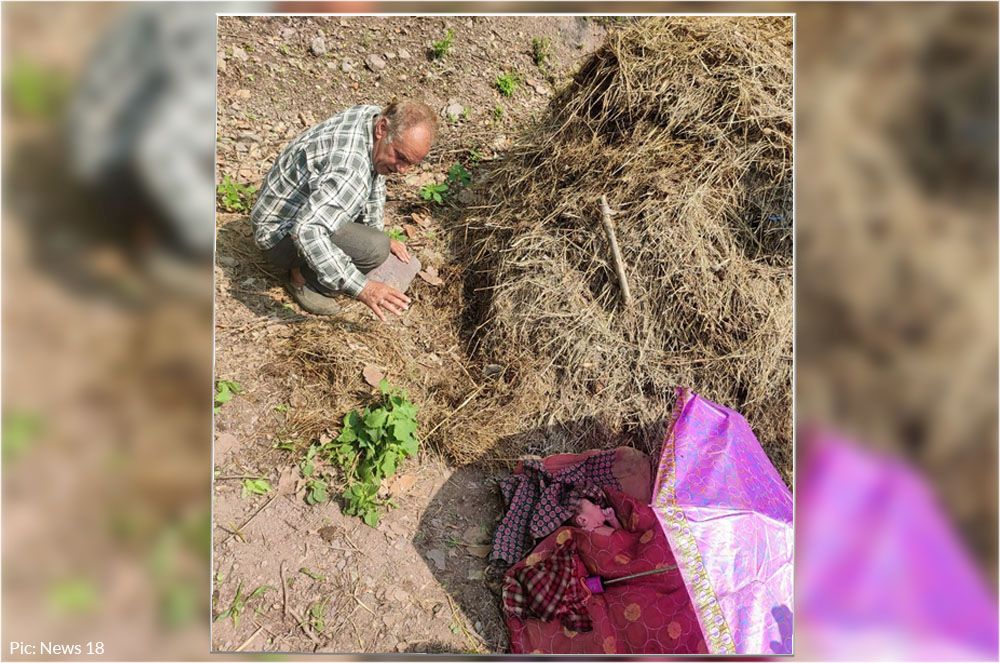 Sirmaur- An abandoned newborn girl child was found in a pile of cow dung in Kamiyara Village in Rohnat, District Simraur on Tuesday.  A villager first sighted the newborn and informed the police.

According to the available information, a villager found the newborn on Tuesday morning while he was on his way to his fields. The man said that first, he heard some sounds arising from a pile of cow dung in the fields. When he approached the pile, he noticed an infant covered in blood and cow dung. He immediately informed the local police.

A team of police reached the reported location with a doctor and provided medical aid to the newborn. After initial treatment,  the newborn was shifted to Civil Hospital Shillai in a 108 ambulance. Mast Ram, SHO, Shillai Police Station confirmed the report and informed that further investigation to identify the parents of the infant was underway. He added that the priority was to save the baby. Before the identification of parents, it would not be possible to comment over the cause that compelled the parents to abandoned the child, the police said.

A similar incident was reported at Rohnat Hospital a few years back, where an unmarried girl had given birth to a child in the hospital bathroom. The mother had thrown out her child from the bathroom window. The infant was later rescued by the police.

Over 1 Lakh Vaccinated in Himachal in a Day, HP Govt Expects to Vaccinate All Adults With First Dose by October