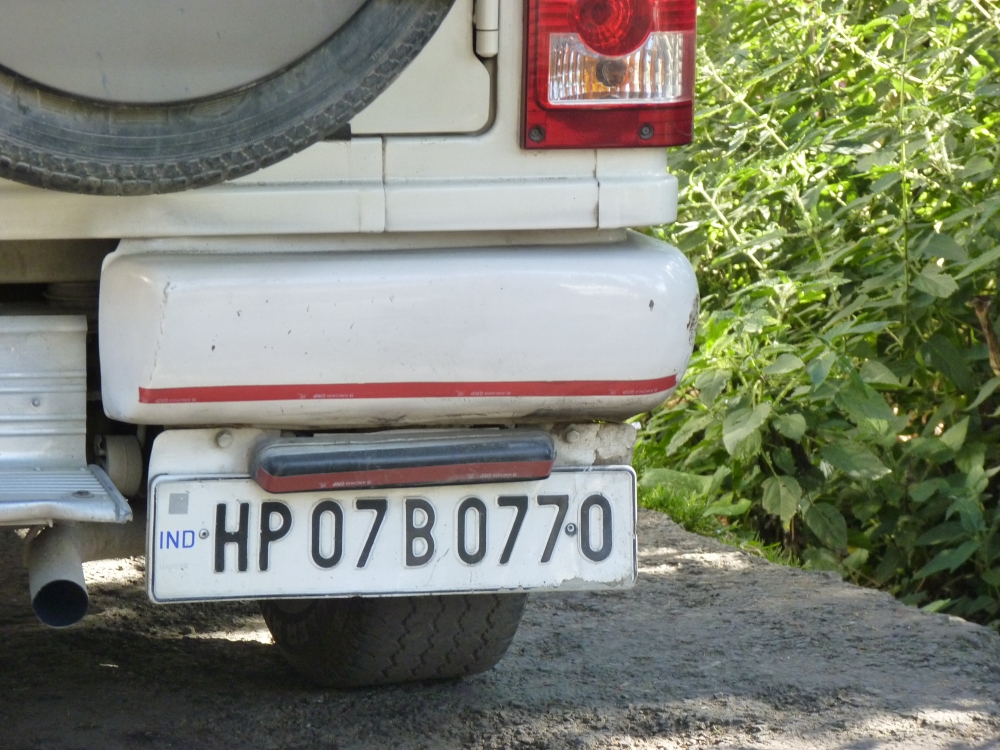 Today , I was going to DC office in the afternoon. Right outside DC office I a police jeep parked near DC office in which 4 police Jawans, in a very happy mood, were siting inside it (HP 07B-0770). The car had Blue beacon on the top. People and tourists were all gazing at them. I wonder whether it is allowed to play cards in public, on duty times inside a car with blue beacon. I couldn’t take it anymore, and knocked the window of the car and told the jawans: 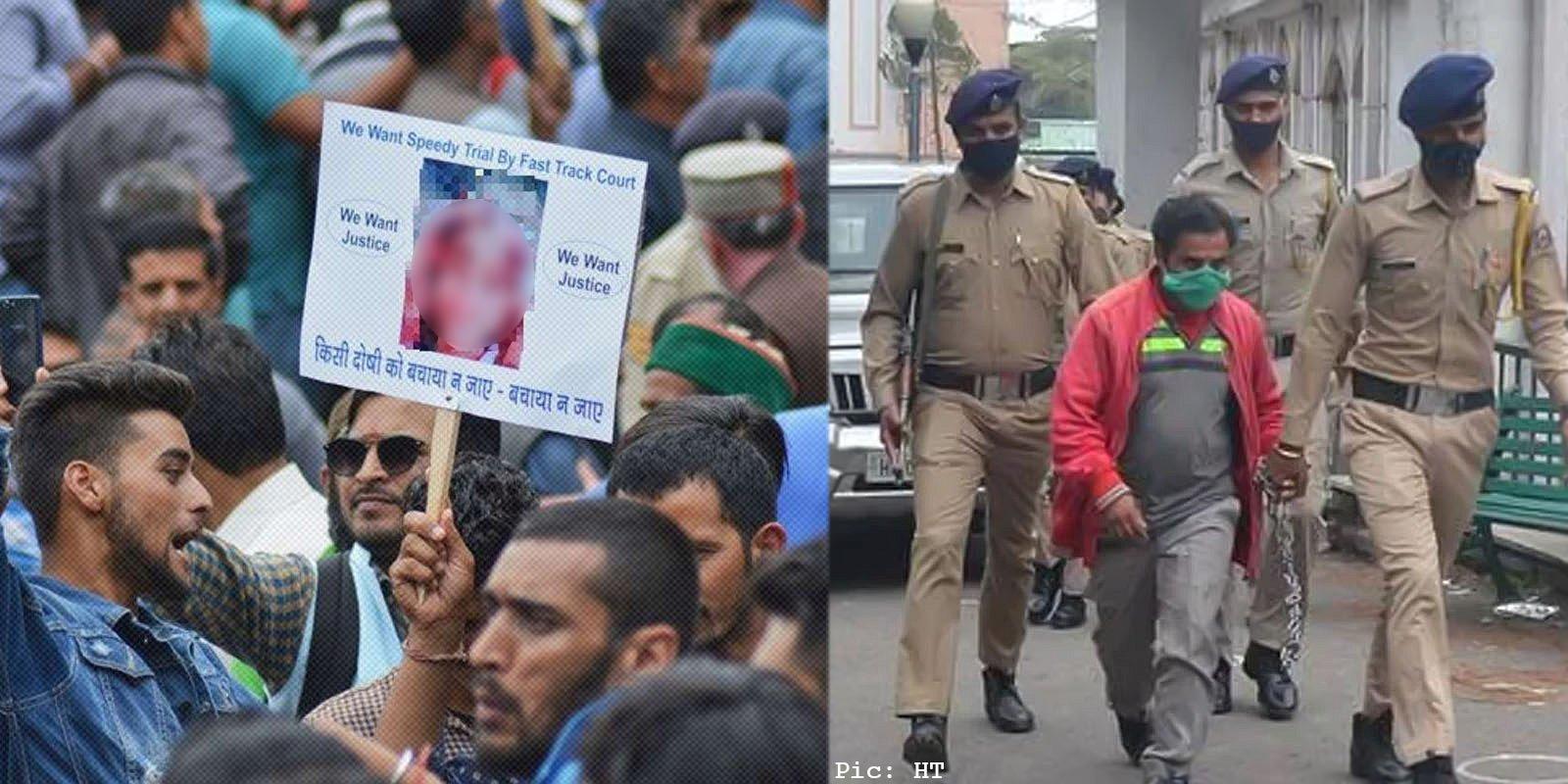 Shimla–Kotkhai’s Gudiya case has officially concluded for now as the lone accused of raping and murdering a schoolgirl was sentenced to life imprisonment on June 18. For the CBI and the court, justice is served, but not for Gudiya’s parents and several locals, who had already approached the Himachal Pradesh High Court with a plea to re-open the case.

On Friday, District and Session Judge, Shimla, Rajive Bharadwaj (also special judge CBI court) pronounced the sentence and imposed a fine of Rs. 10,000 on the convict.

Earlier, on April 18, 2021, based on the investigation and evidence presented by CBI, the special CBI court had found Anil Kumar alias Neelu – a woodcutter- guilty of raping and murdering a 16-year-old girl, who was returning home from school on July 4, 2017.

However, the parents of Gudiya expressed disappointment and said the CBI had washed its hands off but justice still has not been delivered. They maintained that this heinous crime was committed by more than one person. The parents said they would continue to fight a legal battle to get justice for their daughter.

The court found at least 12 out of 14 points of evidence given by the CBI against the accused. His DNA match with the sample taken from the crime spot was considered one of the most crucial pieces of evidence.

A total of 59 witnesses were produced by the CBI.

Neelu was convicted under Sections 376 (2) (i), 376 (A), and 302 of the Indian Penal Code and Section 4 of the Protection of Children against Sexual Offences (POCSO) Act. The court observed that the crime was committed in the spur of the moment. The convict came across the girl while she was on her way home from school through a path in the Haliailla forest of Kotkhai and committed the crime.

Neelu, however, told media that he was innocent and was framed by the CBI. He labelled serious allegations against CBI including threats to his life. He told News 18 that  threats were given to him that he would be killed like Suraj, one of the accused killed in police custody on July 18, 2017. He even said that his mother was taken hostage in order to frame him. He said he would approach the higher courts to challenge this verdict.

Known as the Kotkhai Gudiya rape and murder case, the case had created a stir for several reasons and led to widespread anger and protest. The biggest was the alleged botched-up investigation by a Special Investigative Team headed by Inspector General, Southern Range, Zaidi where six persons were falsely framed and one of them was killed in custody. The killed person was identified as Suraj – a Nepalese labourer.

This led to violent protests and clashes of protestors with police. A police station in Kotkhai was set ablaze by a mob of locals. Under tremendous pressure, the case was handed over to the CBI in July. A team of CBI lodged two separate FIRs – one in the case relating to the rape and murder of the minor girl and the second in the custodial killing.

On August 29, CBI arrested IG Zaidi, DSP Manoj Joshi and six other police personnel for framing innocent persons and killing one of them in police custody. Another shocker came on November 16 when then Superintendent of Police, DW Negi, was also arrested over charges of filing fake cases in the custodial killing of Suraj.

The CBI told the court that the remaining five accused arrested by the SIT were innocent and were falsely framed and tortured.

The CBI team investigated for the next eleven months without any success. For this delay in investigation, the agency faced backlash from the state high court. Ultimately, disappointed with the CBI, the court questioned the competence of CBI and asked its Director to appear personally before it.

Immediately after this summons, CBI claimed to had cracked the case in which a woodcutter was arrested. The case was considered to be closed thereafter.

In the court, the investigation concluded successfully, however, parents and locals still express doubts that this CBI investigation was botched up.

Another mystery that wasn’t investigated was that on the evening of July 11, pictures of four youths  were posted on Chief Minister Virbhadra Singh’s official Facebook page with an update regarding the SIT probe. The update had said the police nabbed these four suspects  (shown in those pictures) in the Gudiya case. The post was however, deleted after a few minutes later and it was termed as a technical glitch. 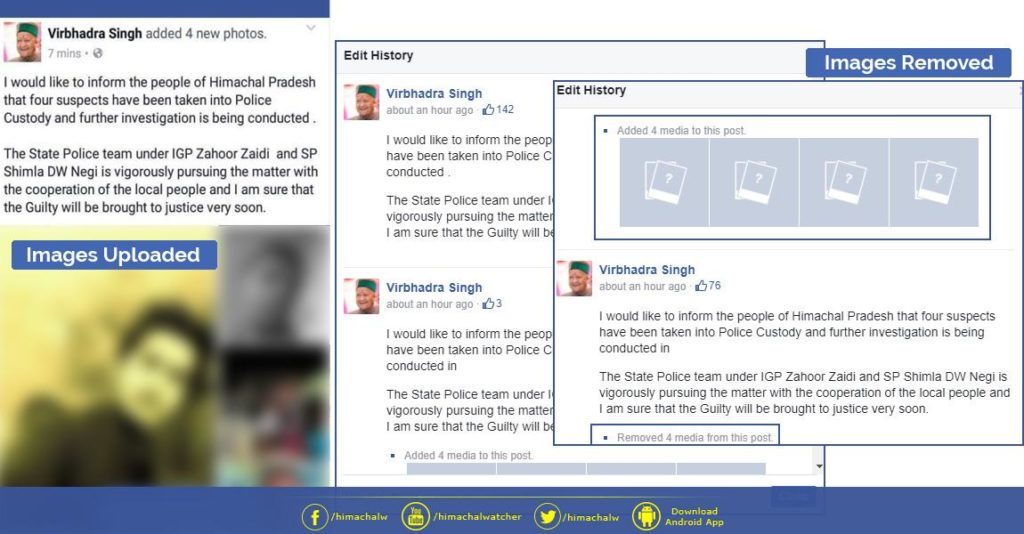 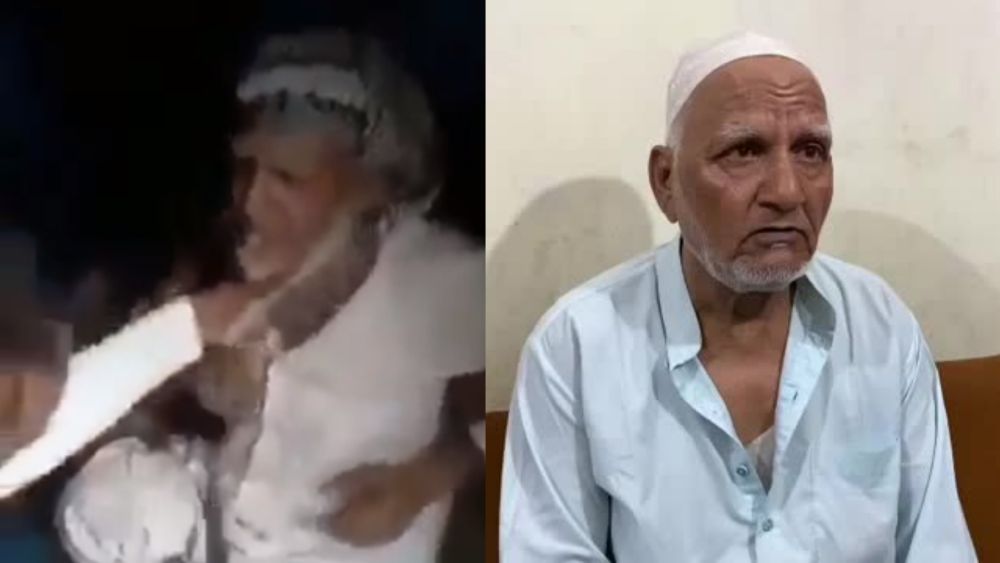 Shimla-The Editors Guild of India on Thursday condemned the filing of First Information Reports (FIRs) by the Uttar Pradesh Police against The Wire and several other journalists for their tweets on an assault on an elderly Muslim man in Ghaziabad on June 5th.

“The Guild is deeply concerned by the UP Police’s track record of filing FIRs against journalists to deter them from reporting serious incidents without fear of reprisals”, it said.

It further added that it is the duty of the journalists to report on the basis of sources and in case facts become contested later on, to report the emerging versions and facets.

The guild called such actions by the police destructive of freedom of speech. It also claimed that the police has been discriminatory in targeting those media organizations and journalists when thousands had tweeted the video- that have been critical of the government and its policies.

“The Guild condemns this wanton misuse of laws to criminalize reporting and dissent to harass independent media and demands that the FIRs be withdrawn immediately,” it demanded.

Several media organizations and journalists had posted the video on their social media feeds. The UP police has filled FIR’s against The Wire, Twitter, journalist Mohammed Zubair, Rana Ayyub and Sana Naqvi and some Congress leaders under IPC Sections 153(provocation for rioting), 153A(promoting enmity between different groups), 295A(acts intended to outrage religious feelings), 505(mischief), 120B(criminal conspiracy) and 34(common intention) against them.

In the video that was posted by those charged, the man is seen alleging that he was beaten up by some people and was forced to chant ‘Jai Shree Ram’. 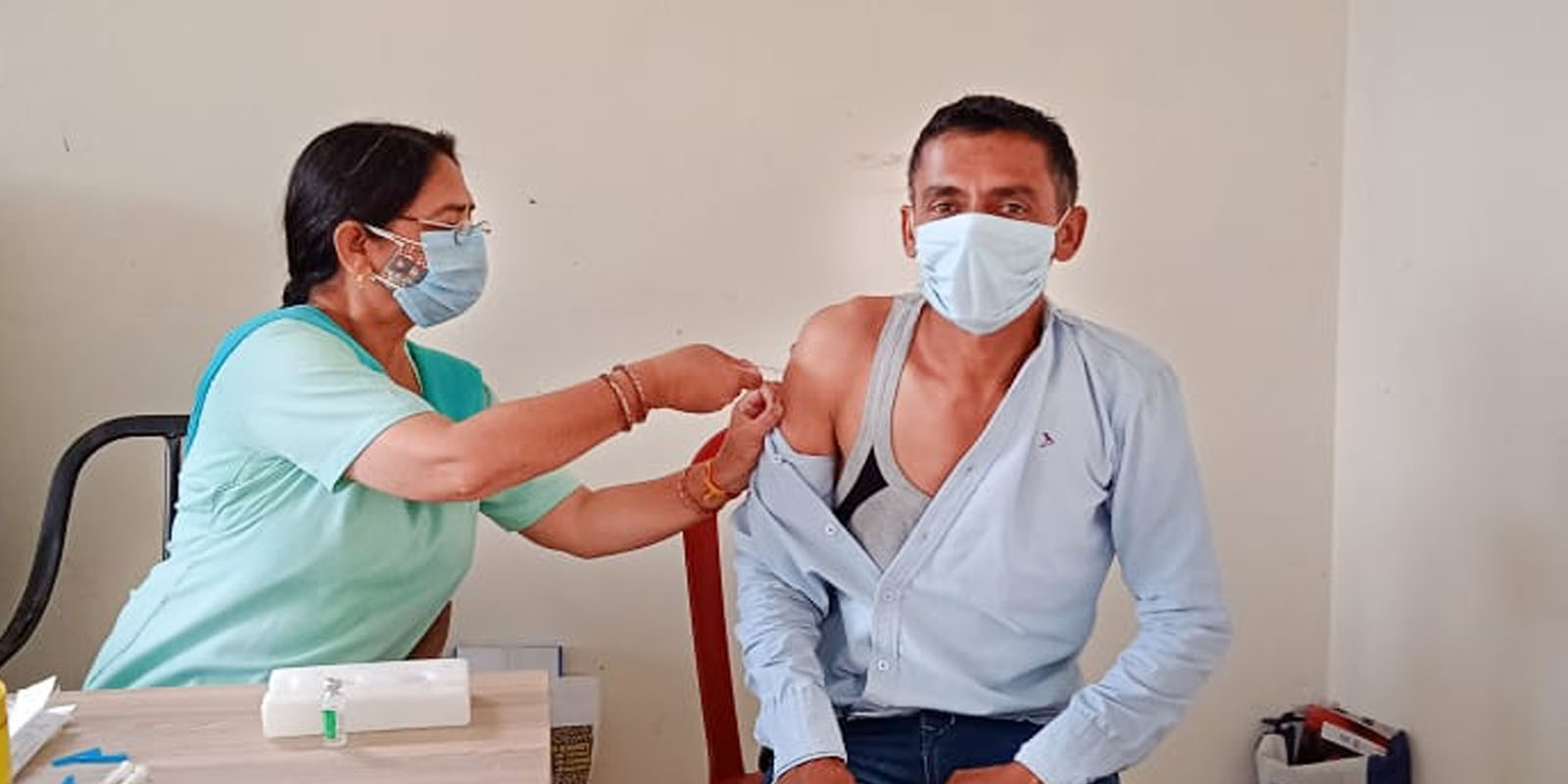 It’s pertinent to mention that the Supreme Court of India had grilled the Centre government over its erroneous and discriminatory vaccination policy. The court had called it an irrational policy which is detrimental to the right to life and health. After this backlash from the Court, the Centre government was compelled to make revisions.

Now, the deadline for the first dose of 45 plus and other categories (HCW, FLW and prioritized groups) was extended upto 30th June 2021.

Further, HP government informed that under the new vaccination drive, 2.5 lakh doses of COVISHIELD are being supplied to Himachal today.

According to the HP Govt’s revised vaccination strategy, beneficiaries have been divided into two groups – A and B.

The government said efforts would be made to avoid any mixing of beneficiary from 21 June till 30th June 2021.

The Health Department has now also included people associated with truck unions, private bus operators, taxi unions and the hotel industry as priority groups for vaccination. The specific formats of identification certification would be generated for vaccination registration. Authentication on CoWIN portal would be issued by the concerned bus/taxi/truck operator or the hotel owner.

Black Fungus in Himachal Declared as an Epidemic, New Regulations Come into Force