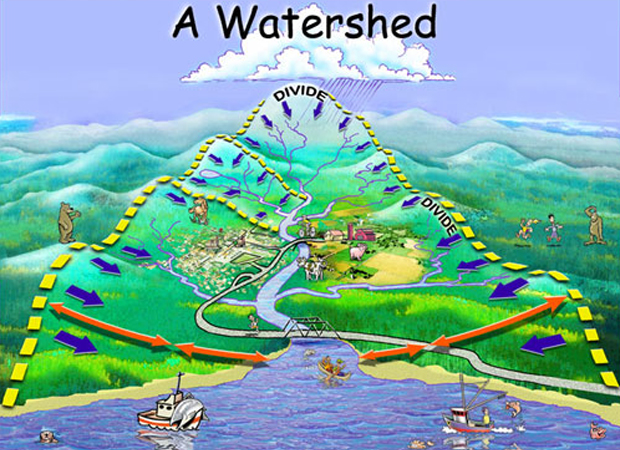 The original $60 million Mid-Himalayan Watershed Development Project is aimed at reversing the process of degradation of the natural resource base, improve productivity, and raise rural household incomes. So far around 6,151 water harvesting tanks, 1,093 ponds/tanks, 287 dams, 263 lift/gravity irrigation schemes, 43 small underground tanks used for irrigation — also known as makowal structures — and 203 km of irrigation channels have been developed under the project. The benefits from these structures have reached some 100,000 families.

The project has converted about 9,000 ha of rainfed area into irrigated land through watershed management techniques. At the mid-term review (November 9-18, 2009), there was an increase in yields of paddy (236 percent), maize (163 percent), and wheat (90 percent), which has surpassed the end-of-project target of 50 percent. The increase in milk yield was 11 percent. It has also played a vital role in reversing the degradation of natural resources and has brought about significant increase in biomass and water availability in project areas, allowing expansion of irrigated lands with subsequent improvements in agriculture yield and household income.

The additional funding will consolidate some of the gains made in the original project by adding another 102 contiguous gram panchayats (village councils) to the existing 602 gram panchayats that fall within the same micro-catchment area where the Project is operational, but are not included in the on-going project; consolidate drainage line treatment in areas that fall within the same drainage line that are already being treated; consolidate some of the agri-businesses which can be replicated by other projects; and increase the financial allocation to support cost overruns, due to price escalation. Such additional watershed treatment for panchayats that fall in the same river basins is expected to maximize impact and ensure the long term hydrological sustainability of the region. At the mid-term review, overall household incomes rose by 13 percent. This is largely being attributed to the Project’s extension services, in particular, improved agricultural production technologies and market linkages. About 10,000 farmers benefited from cultivating and marketing high value crops, such as vegetables and spices. The Project grouped 1,500 farmers into milk federations and established links with milk chilling plants.

“The ongoing project has achieved many milestones on its path to achieving its desired objectives. We hope this additional financing to Himachal Pradesh will help the state scale up its efforts at enhancing its natural resource base and contribute to improving the livelihoods of the people living in rainfed areas,” said Michael Haney, Operations Advisor, World Bank, India.

In this project, producer companies will add value to agriculture products and improve their marketing capacity. Revolving funds will provide capital to small farmers and their groups to invest in machinery, tools and inputs that will generate a return on investment and, therefore, become a source of further investments in similar items, in a revolving fashion. Interventions to reduce erosion and water runoff through check dams, biomass (planting grass and trees), building water harvesting structures, and putting in place a monitoring system to manage the overall hydrological (water) balance, will help increase the overall availability of water, intensify irrigation, thereby, improving farmers’ incomes. Scaling up vermi compositing and other sustainable agriculture practices will help increase the amount of organic matter in the soil and increase the water retention capacity of the soil in making agriculture sustainable and productive.

“While this project will have the same approach and strategy of the on-going project, we hope the focus on new activities will help consolidate incomes and generate further employment among the people of the state,” said Norman Piccioni, Lead Rural Development Specialist and the Project’s Task Team Leader. “The inclusion of additional gram panchayats will also help in treating contiguous gram panchayats and drainage lines, which will subsequently ensure proper distribution of water along the water sources – springs and streams,” he added.

The Project will be financed by a credit from the International Development Association (IDA) – the World Bank’s concessionary lending arm – which provides interest-free loans with 25 years to maturity and a grace period of five years.
Press Release: World Bank