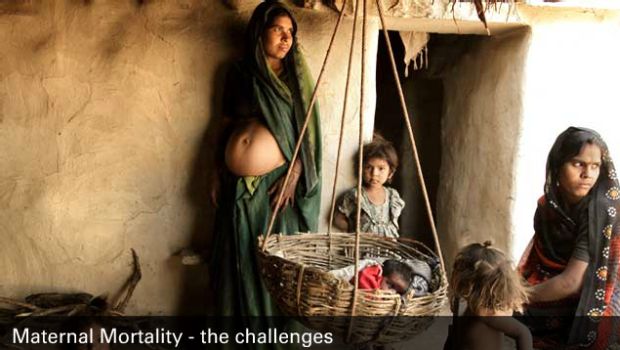 Only six of the 29 states, Himachal Pradesh, Kerala, Tamil Nadu, Maharashtra, Punjab, and West Bengal, are likely to attain the goals of an infant mortality rate (IMR) of 26 per 1,000 live births and under five-morality rate of 42 by 2015.

Child mortality, which is a sensitive indicator of a country’s socio-economic development, has been a priority for the Government of India over the past several decades. The country has realized impressive gains in child survival however, at the current pace, is unlikely to achieve the Millennium Development Goal (MDG) 4 -which aims to reduce Under-Five Mortality (U5MR) by two thirds between 1990 and 2015- unless the related socio-economic; maternal and demographic; and environmental determinants are urgently addressed.

This is one of the conclusions of The Infant and Child Mortality India Report released by the National Institute of Medical Sciences (NIMS), Indian Council of Medical Research (ICMR) and the UNICEF India Country Office. Six states, namely Kerala, Tamil Nadu, Maharashtra, Punjab, Himachal Pradesh and West Bengal are likely to achieve the goal by 2015.
Analyses of data from the Sample Registration System (1978-2010) and three rounds of National Family Health Surveys conducted in the years 1992-93, 1998-99 and 2005-06 indicates that following the rapid decline in the seventies, U5MR stagnated in the nineties and then started declining again in the last decade. It fell to a level of 118 in 1990 to 93 in 2000 and 59 in 2009. Though U5MR has always been lower in urban than in rural areas, the decline in urban areas has been slower than in rural areas in the last two decades, narrowing the gap.

The study provides evidence on key social and economic determinants of U5MR. It especially highlights the impact of maternal education on child survival: the impact is high and significant when mothers have had at least 8 years of schooling. The report also highlights the fact that births to adolescent mothers are at a significant greater risk of dying in childhood; so are those born within 2 years of the previous pregnancy. The report further point out that maternal malnutrition (under nutrition) as well as obesity imposes a greater mortality risk on the off-springs.
While economic status was found to have a strong and significant association with child survival, the good news is that progress in child survival in India has been equitable: between 1981 and 2005, while U5MR has declined across all economic groups, the drop was much higher among the low Standard of Living Index (SLI) households (37%), than those born in high SLI (117%); thereby narrowing the gap.

“A renewed focus on empowering women and promoting equity in access to health services will help guide actions for accelerating child survival in India, as we move towards the year 2015 and beyond. We require a comprehensive approach that includes not only increasing coverage of key child survival interventions, but also improving quality of perinatal care, promoting education of girls beyond primary, delaying the age at marriage and childbirth and ensuring adequate spacing between births”, stated Louis-Georges Arsenault, UNICEF India Representative.
In terms of environmental determinants, the study suggests that children living in households with access to unsafe source of drinking water were at greater risk of death. Neonatal, post-neonatal and child mortality is also higher for children in households that do not have access to a flush or pit toilet.

According to the Director of NIMS, Professor Arvind Pandey, the report is an important planning tool. “The results of this study underscore the need for addressing wider determinants of child mortality to achieve MDG-4 and not restrict to addressing only the direct causes.”
To read the Full Report click here

A ray of hope for Theog-Hatkoti road, the World Bank agrees for re-tending