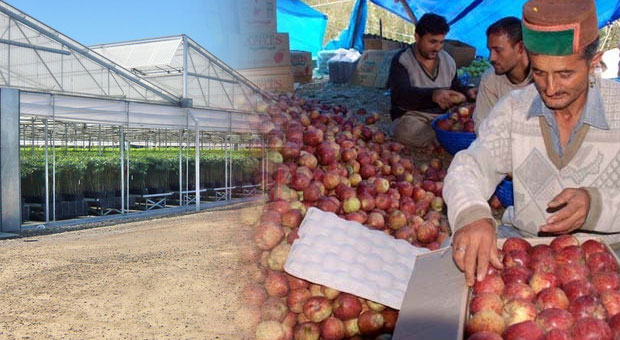 New Zealand would be extending co-operation to Himachal Pradesh in strengthening the horticulture and agriculture sectors by providing expertise and technology transfers. This follows a meeting of Chief Minister Prof. Prem Kumar Dhumal with visiting high level official and business delegation headed by Minister of Primary Industries of New Zealand, Shri David Carter, at his official residence, here today.

Prof. Dhumal said that most of the horticulture and agricultural activities in the state were based upon rain fed irrigation compared to cent percent irrigation facilities in New Zealand. He said that the apple season in the State starts from July end and concludes by October end every year while in New Zealand the season starts in April and ends by June. He said that possibilities could also be explored to meet the demand of fresh apple during off season in the State. He said that the State was keen to take benefit of the expertise in creating irrigation infrastructural facilities to the fruit growers and farmers so that dependence upon rains was minimized. He said that creating cold chain to preserve the fruit and vegetables grown in the state could also be beneficial with mutual cooperation between Himachal Pradesh and New Zealand. He said that since apple crop was highly perishable commodity having limited shelf life and with the facilities of cold chain, the shelf life of the fruit and vegetables could be prolonged to fetch remunerative prices by marketing the same at appropriate time.

Prof. Dhumal said that fruit processing industry was another field where New Zealand could lend its support to the state so that instead of marketing the produce to distant markets the same were processed to produce value based products for marketing. He said that it would go a long way in generating employment and self employment to the growers within the State.

He said that Himachal Pradesh was popularly known as ‘Apple State of India’ and was poised to emerge as ‘Fruit Bowl of India’. He also apprised the delegation of the industrial friendly environment in the State and benefits available to the entrepreneurs. He underlined the need to work out further details at appropriate level to finalize the proposals and invited New Zealand delegation to make more frequent visits to the State to explore other sectors.

A ray of hope for Theog-Hatkoti road, the World Bank agrees for re-tending