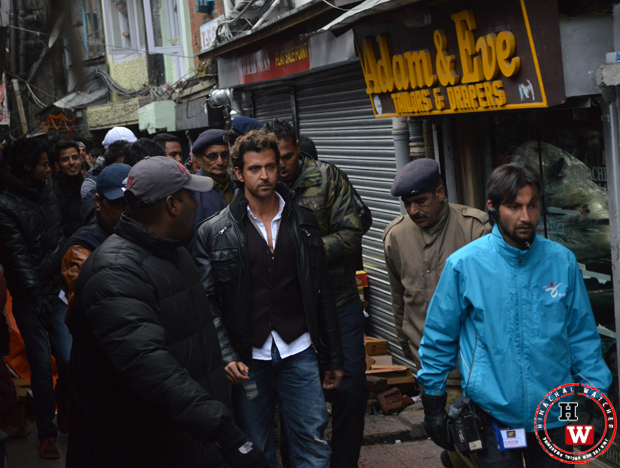 SHIMLA- Bollywood mania is the word that’ll suit as a depiction of the scene that recent shoot of ‘Bang Bang’, which is an official remake of the Tom Cruise-Cameron Diaz starrer, ‘Knight and Day‘, has been creating in Shimla for the past couple of weeks. May be, Hrithik Roshan was the better reason for the crowding of the Shimla Mall. Well, no one likes to miss a chance to see celebrity actors along with the making of an action scene with all its crew, cameras, and equipments used in high budget Bollywood movies, especially when it comes from a giant production house like Fox Star Studios. However, a few guys were luckier than others; especially those who owned the roofs and small teashops that lured the director. They cashed lacs of bucks for the shoot, while Shimla MC is charged Rs. 50,000 a day for allowing the shooting.

Most of the shoot was that of action scenes on the high roof of Gaindamal Hemraj and adjacent buildings with some fight scenes in the alleyway behind mall. The crowd behaved hysterically, and for a while, it appeared stupid watching people trying to push into the crowd, and stand on their toes for hours on the highest spot they could find, and all that just to watch retakes of the same scene dozens of times, and, most, ignoring the rain in Shimla’s harsh winters. For hours, the crowd, which continuously kept growing all day, stood still, making occasional noises. That’s a huge lot of motivation to tolerate so much, and that is just to watch actors and crew-members doing their job. 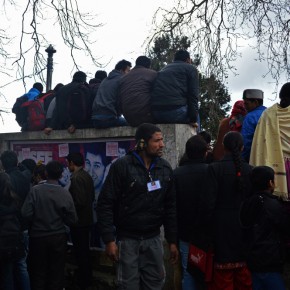 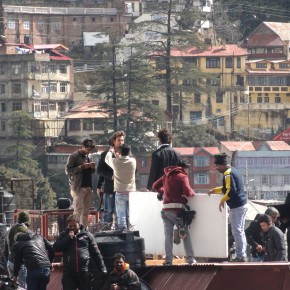 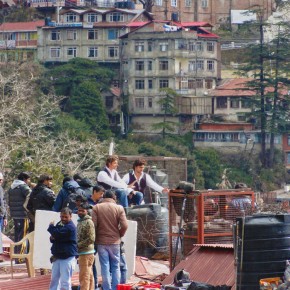 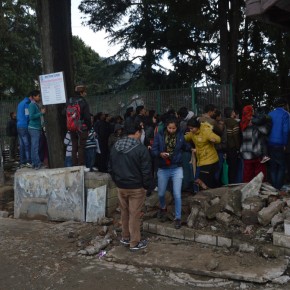 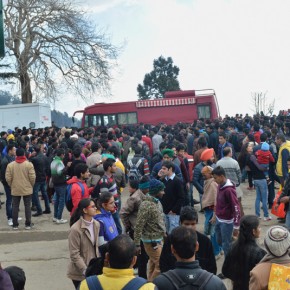 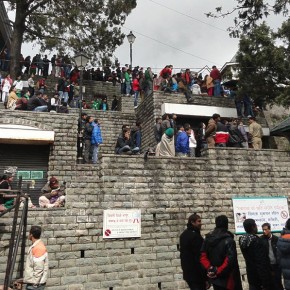 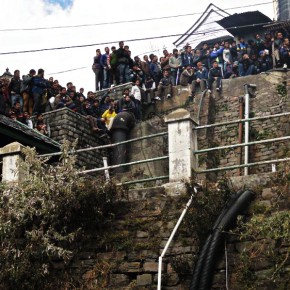 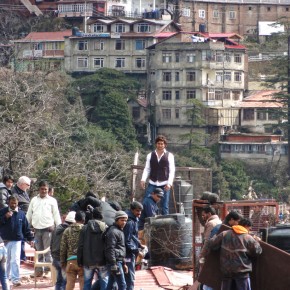 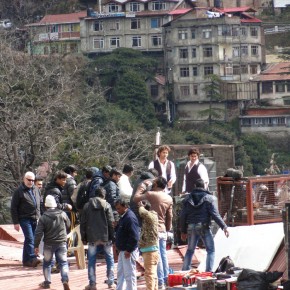 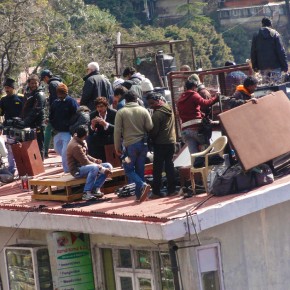 The presence of the stuntman, who was looking a perfect duplicate copy of the hero, puzzled many in the crowd. The crowd chased the actor to the van, and it cheered everytime they observed a movement at the door of the van hoping that the actor would come out to and they would get a closer look, may be, an autograph. For their disappointment, he jumped right into the car, which picked him exactly from the first doorstep of the van. The crowd rushed after his car, chased it for a little while, and then dispersed. The smartphones, tabs, digicams, were all out of pockets, focused on capturing anything the crowd could capture.

However, that sounds as unfair, rude assessment of the whole social mechanics at work. The crowd was not just that of young guys and filmy girls; old and young, poor and rich, everyone made the crowd, and they all shared the same charm that mostly Indian folks have for witnessing a movie shoot and actually get an opportunity to see Bollywood celebrities, whom they always saw either on screen or in the media. It’s a huge satisfaction to have this experience in the routine life of any average Indian citizen.

Psychologically, entertainment, under the stressful modern lifestyle, is a necessary evil. Sometimes, it’s the best device to kill time, escape the stress, and other times, it’s a dive into the ocean of creativity, and most, the emotional vent that the correlation of real life inspirations and the reconstruction of human the emotions bring about.

But a few spectator weren’t happy; the monkeys, who sat puzzled on nearby building, and viewed all this jumping and fighting as a sort of nuisance. They viewed it all with an insecurity. After all, it was an encroachment over the roofs that usually they rule, but, luckily, it was momentary.

That was about charm of a celebrity film shoot, but there are a few other issues regarding the management of crowd and the discriminatory criterion followed for allowing events on Shimla Ridge that pertain to the domain of District Collector, and these issues will be discussed soon on HW.

OBR Himalayas Rising 2014: Just a little get together this time