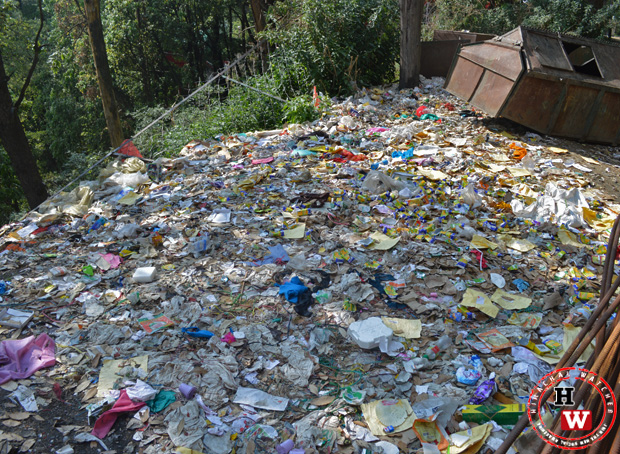 Fresh images show garbage heaps near VC office, in front of the Library and into the nearby forest. The trees are stabbed with tube-light rods and with strangled iron fences. Neither any student students nor SCA initiated any practical solution regarding Campus Beautification’. Why the revolutionary ghost inside SCA disappears when it comes to campus beautification and ecological issues?

SHIMLA- While the display of unity by HPU students against the anti-student policies of Vice Chancellor,ADN Bajpai, is admirable, their ignorance and a lack of efforts to find solution to some critical issues, which comes under the diameter of elected SCA’s responsibilities in the campus, are shocking.

Take a look at these pictures in the gallery below. It’s not just these days that the campus is becoming an ugly sight. It has always been more or less the same. 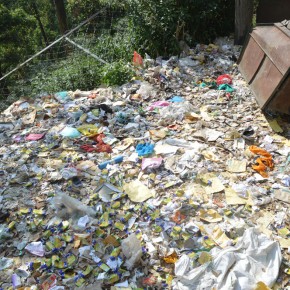 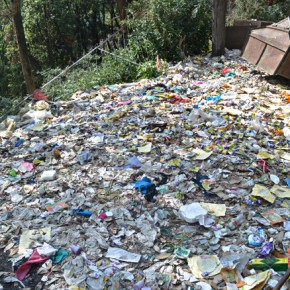 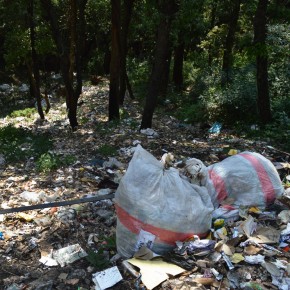 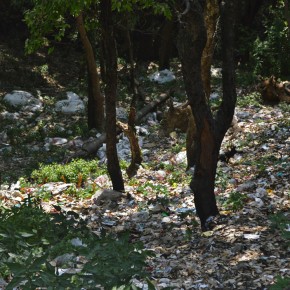 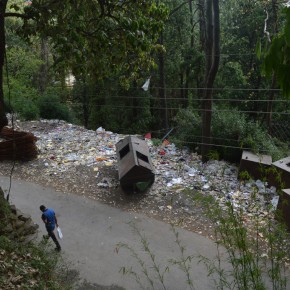 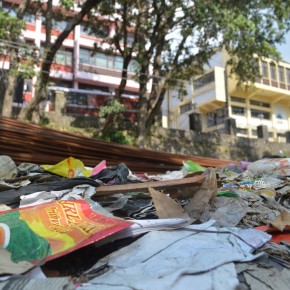 The pictures in the gallery are taken in front of the Vice Chancellor office (Shows the road right below HPU Administrative Block). These images show the area near HPU Library. The iron fences have began to penetrate the tree trunks and a slow death is inevitable if these are not removed before it’s too late. By the way, why these fences are even strangled around these trees including many other in the campus? Is it a sort of tree art thing? It’s completely ridiculous to see such a darkness in a place no less than a temple. The campus is mere a reflection of the state of mind of the students, staff and the administration. The trees are strangled for no reason. Please, take a look at these pictures in the gallery above, and tell us why the hell no one bothers about the ecology, the trees, and the greenery for which Himachal is known around the world. 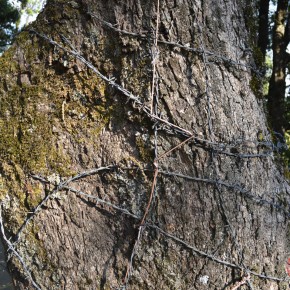 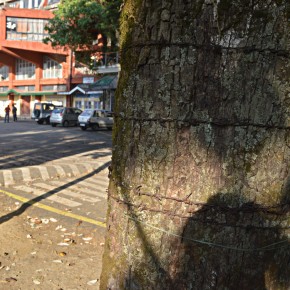 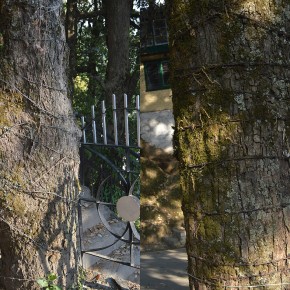 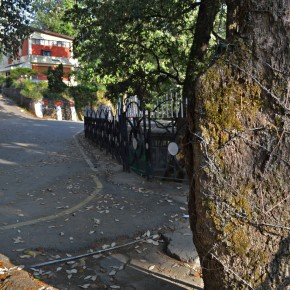 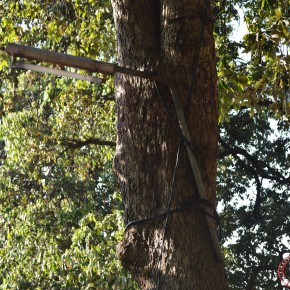 It’s an issue of a great concern that the highest educational institute, situated in the capital of the State, is in such a degraded condition. Don’t thrust it upon authorities alone. Yes, we are quite aware of the fact that the present VC, Prof. ADN Bajpai, is worthless, followed by Municipal Corporation of Shimla. We don’t doubt that. However, the elected SCA along with all the students, regardless of their affiliation to any particular student organizations, share the blame for turning HPU into such a ugly scene. We aren’t sure if SCA include ‘Campus Beautification’ as an issue in their manifesto or some individual student ever submitted written complaint to the authorities, but we noticed that the revolutionary ghost inside SCA disappears when authorities the students aren’t co-operating regarding these very issues. If SCA could chase away the eve-teaser to protect the girl students in HPU, then why not to maintain the same sense of duty when it comes to violators. We bet, slapping a guy caught littering around the campus makes a sense when he/she is ought to make use of the higher education and is expected to pass on some manners.

Shimla MC doesn’t surprise us anymore, but watching the educated section of the society littering around and accepting the stinking garbage heaps around them, did shock us. The varsity campus deserves to far more beautiful, pleasant, and more adorable so as to justify the the label of a higher educational institute.

If the authorities are worthless, then invite the students to contribute a Sunday fixing this mess themselves. HW will be more than glad to join the cause. We are sure that it’s not so difficult task for SCA to make a huge gathering within no time. They always do it for protest rallies, so there is a little doubt that the same can’t be done for the campus beautification.

If not beautification, then, at least try to aware the student community regarding these issues related to ecology and visual pollution. There is a lot that can be done to start a culture of maintaining the cleanliness and beauty of the campus.