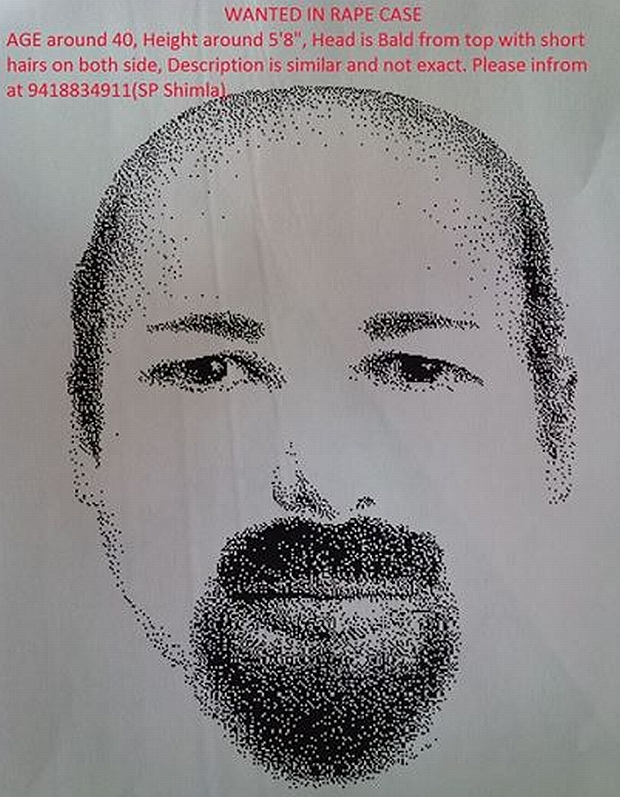 Recent incident of gangrape in Shimla has posed a big question mark on the safety of females in once safe and peaceful capital city. The police is clueless even after four days, annoyed HPU SCA and students staged a protest against the Shimla police outside the Boileauganj Police Station, While Shimla MC leaves Summerhill roads in pitch black darkness, unsafe without street lighting.

SHIMLA- Last Friday, on May 17 , a minor girl student was raped by two unidentified men somewhere at Summerhill’s jungle near 103 railway tunnel in Shimla. Four days passed after the registration of the case, but still Shimla cops are struggling to get any clue regarding the identity of these men. The victim could recall the face of one of the two men and a sketch was prepared based on the description she gave. The sketch was circulated by the Shimla Police with a request to the public to help tracing the culprits. On Monday, HPU students had gathered outside Boileauganj Police Station and protested against the inability of police department to get any clue of the accused men even after four days.

Scroll Down To View Gallery

The students alleged that the police action is much quicker when it’s about student protest at HPU, and that excess of policemen and Rapid Action Force is deployed on VC’s single call, but when it comes to the safety of females in the city, the cops are clueless and non-serious in investigating the case. The students also alleged Shimla Police for not considering their earlier complaints regarding eve-teasing and some incidents where girl students were either chased by miscreants or harassed in one way or other. The students also stated that a verbal request was already passed to the SP. In Shimla, there is a rise in the cases of crime against women. But, this case raises a big question on the safety of females in once safe and peaceful capital city. In the present case, the victim had come to collect a B.A.LL.B prospectus at School of Legal Studies Avalodge campus. A male friend accompanied her on the way back from the institute when two men approached them, told them that the police has raided the place, and that they should not be there. The men offered them a safe place and made them to run towards the jungle. The male friend disappeared in-between as he ran hastily to escape. The girl was left alone and raped by these two unidentified men. The girl called the parents, who later registered a FIR regarding this shocking crime. This case appears to be pre-planned, where the victim was identified and separated from the male friend using a false alarm of a police raid. The Shimla Police SP, Abhishek Dulllar, stressed that it could be some gang who might had executed same crime earlier either by blackmailing or tricking the couples at isolated lovers points near HP University. It’s a real bad news for Shimla. The incidents of crime against women seem to have entered Himachal like a trend after many brutal incidents of gangrape in metropolitan cities like that of horrific Delhi Nirbhaya and Mumbai Shaktimill gangrape cases.

On the other hand, we wonder why a police raid was perceived as a such a threat by the victim and her friend when they weren’t involved in any such activity which could has become a subject to police concern. Whatever are the faults or flaws in the police department like everywhere else in India, but we are sure that Shimla Police is far more helpful and co-operative as compared to the cops in other parts of India.

When HW talked to the ASP(provisional), Shalini Agnihotri at Boileauganj Police Station asking for a response to the student protest. The ASP claimed that every possible effort is being made to trace the alleged men. She further added that the unavailability of any clue regarding the identification of the men involved in the crime is making it very difficult to reach the culprits. Only a sketch could be prepared based on the victim’s description. Regarding the justifiability of the student protest, the officer resisted the unnecessary activity. The ASP further added, “The deployment of police force at HPU campus is more a public matter, whereas, in the present case, the nature of crime is all together different.

The investigation in a rape case requires concealment of some information as a part of standard investigation procedure. The officer request HW to share the sketch of one of the accused and to request public to report in case they suspect any individual.

Before, we could access the ASP, another lower rank cop responded to the protest in the following words, “Ab hum kya kar sakte hain jab koi solid sabot ya information nai mil rahe hai, in university ke students ko to koi aur kaam hai nai, gharwalon ke paise ki roti todte hain aur nare lagate rahte hain”. He can’t be blamed for the perception he holds like most of the Govt. employees in their 50’s.

That shows the public has little respect for the efforts of HPU SCA and students to protest against the lowering standards of education at HPU due to administrative corruption, political interferences, and denial of basic facilities to the students at HPU campus. We all know corruption is haunting every Govt. department or institutes. The list of genuine demands and corrupt activities at HPU is a very long one. If possible, visit the varsity campus, and pay attention to the issues that these students raise.

So, we would request the people to consider the positive aspects related to the presence of student organizations at higher educational institutes.

On a very serious note, Shimla MC, the Summerhill ward councilor, the Mayor Sanjay Chauhan and the Deputy Mayor Tikender Panwar failed to provide any street lights on the Summerhill roads. The situation in other parts of Shimla is no better. All the roads towards Summerhill pass through dense forests. After it gets dark, the activity on roads reduces and the pitch black darkness makes it one of the most insecure areas. 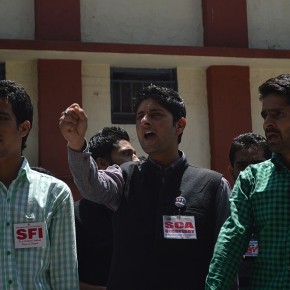 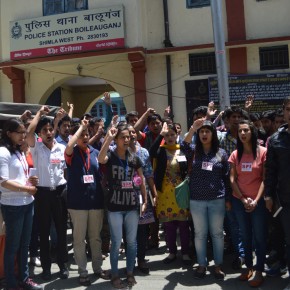 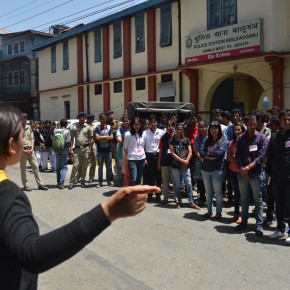 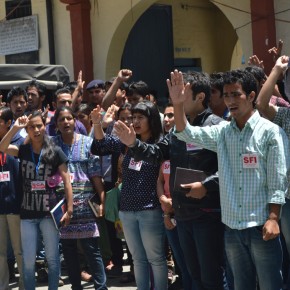 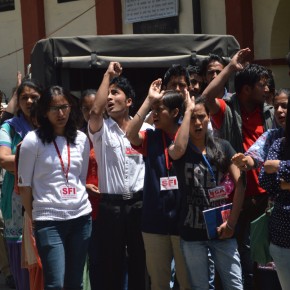 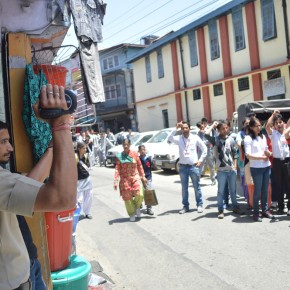