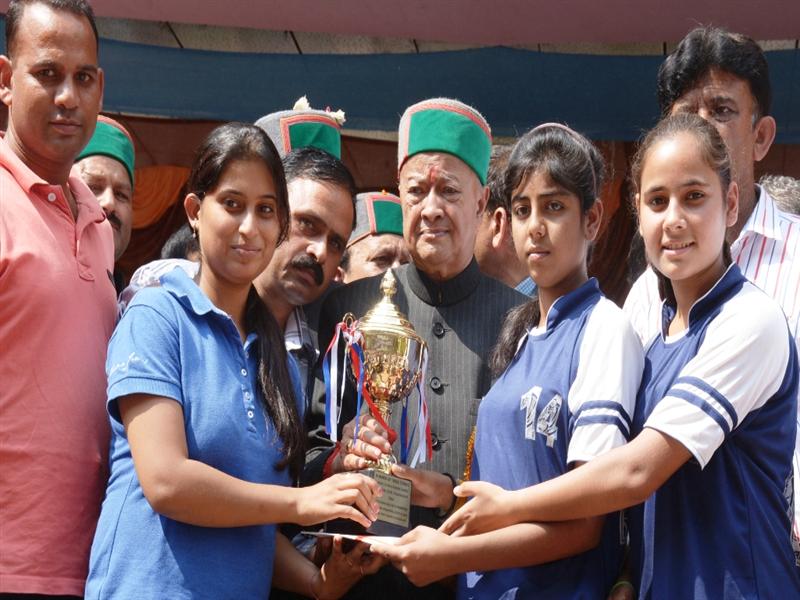 He was presiding over the closing ceremony of 57th under 19 H.P State level girls tournaments organised at Padam government senior secondary school, Rampur in which 546 girl students from all districts of the State government high and senior secondary schools participated. Congratulating one and all for participating in this tournament, the Chief Minister said he was happy to see that a large number of girls had taken part in this tournament.

Virbhadra Singh said Padam government senior secondary school was one of the oldest school which earlier was affiliated with Panjab University, Lahore and it played an important role in spreading education since then.

Reiterating the resolve of his government for making Himachal Pradesh as education hub of the country, he said the state government was making all out efforts to provide best educational facilities to the students up to the remotest areas for which the emphasis had been laid on opening and upgrading the educational institutions as per the demand beside deploying adequate staff and ensuring infrastructural facilities.

He said that Rampur was fast developing as education hub and though there were many educational institutions in the government and private sector in the area, but the parents still want their wards to study in Padam government school as it had earned fame with its outstanding achievements.

The Chief Minister announced sports hostel to facilitate the budding sports talents. He said that space problem of the school would be resolved after the completion of new school building. The primary school would be shifted to separate building which also would have hostel facility.

He distributed the prizes to the winners of the different sports events and also released the souvenir.

Pathania nominated as Manager of Team India for WPLC