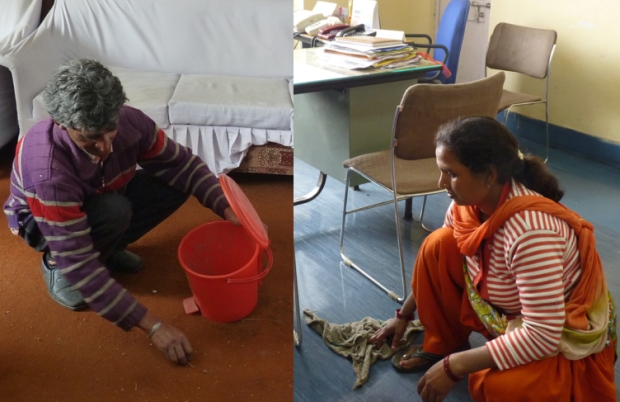 SHIMLA- Clean India Campaign disappointed many Govt. employees for their holiday was spoiled. Of course, today all the dailies have publish big images of ministers and high rank officials with broom in their hands. The campaign is launched with a great enthusiasm, and images are pouring on social media sites and news websites. While Modi promised to make India garbage free by 2019, Himachal Govt. has promised a toilet in each and every home in the state by 2015. The PSU (Private Sector Undertakings) promised to fund the toilets for girls, while panchayats will be granted additional 20 lakh to boost the campaign. Everywhere, the campaign appears to have received thumbs up. There is a flood of announcements from various companies, ministers and individuals. Celebrities like Priyanka Chopara, Amir Khan, Sachin Tendulkar including many others have accepted to join the campaign after the PM invited them.
Before we continue with the article, take a look at the response of Shimla towards Clean India Campaign, which was kicked off by the PM himself.

Yesterday, one of HW’s curious member saw SDA Complex Employees busy in sweeping and shining the furniture, floors, glasses, almirahs etc. He visited various offices in the complex and found people with dusters, brooms, and water-buckets in their hands. However, the garbage collected from inside the offices mostly ended up in open spaces around the premises of their respective blocks, or it was set on fire. Take a look at the photos taken near Block-24 parking space. From the very beginning of HW’s journey, we tried to bring the attention of Shimla MC as well as that of the public towards the sanitary conditions of Shimla, which are getting worse with each passing day.

Many readers supported us to highlight the issue from their locality; they posted images and wrote to us. Expect co-operation from typical Indian public is a farfetched dream when the Municipal Corporation, the MC Commissioner, the Mayor, and the Govt. didn’t move a muscle, even when the issue was brought to their attention with photographs and videos. 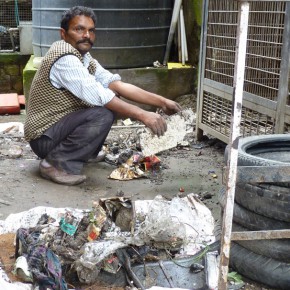 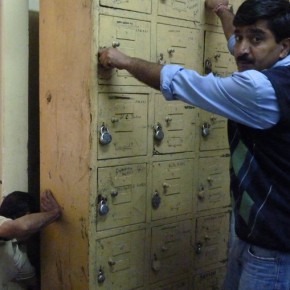 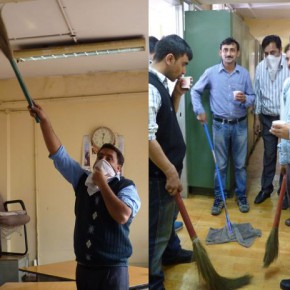 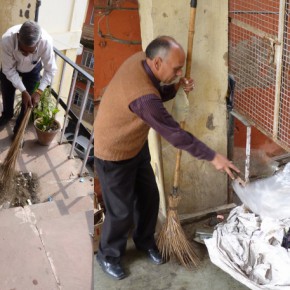 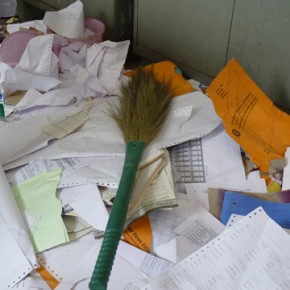 The biggest trouble with the Indian people and politicians is the lack commitment toward consistent efforts to get predicted results. Yesterday, everyone was keen to hold a broom, but the very today day, most of them are likely to start a new day with the same mindset. Such campaigns are normal to the ears of ever Indian.

However, the garbage collected from inside the offices mostly ended up in open spaces around the premises of their respective blocks, or the garbage was set on fire. Take a look at the photos taken near parking space at one of the SDA Complex Block. What’s the point of sweeping and mopping the floors inside the complex when sanitation employees daily do the same? The cleaning campaign is less about cleaning desks, almirahs and window glasses. The actual target was the solid waste and garbage thrown in open around these blocks or anywhere around us. The idea is to amend our poor garbage disposal habits, to stop littering, to stop spitting and urinating in public spaces. Here is a picture posted by a reader in HW UrNews section. It was clicked in yesterday morning.

Any cleaning campaign would not advice burning the garbage or to throw is in open. The campaign should encourage people to use dustbins.

Awareness makes an essential part of a cleaning campaign. It’s no use if you teach people to clean the garbage, but misses to tell them what to do with it. All garbage must end in waste treatment plants.

People in Shimla, except those who were asked to report at the offices, did not take any interest in the launch of this campaign. People are seen littering and urinating in open, even in parking spaces. We don’t deny the possibility that some good souls, if not all, will continue to actually follow the Keep India Clean Pledge, but the majority of us are suffering from dementia type disease when it comes to cleaning campaigns, social works, and duties of a citizen.

Again, we appeal to the Govt. and Shimla MC to initiate awareness campaigns, which will teach not only keep our locality clean but also how to dispose off the waste properly. They must be told why burning isn’t the solution for the garbage trouble.

Drugs and Himachal : Recent Trends and the Counterstrategy