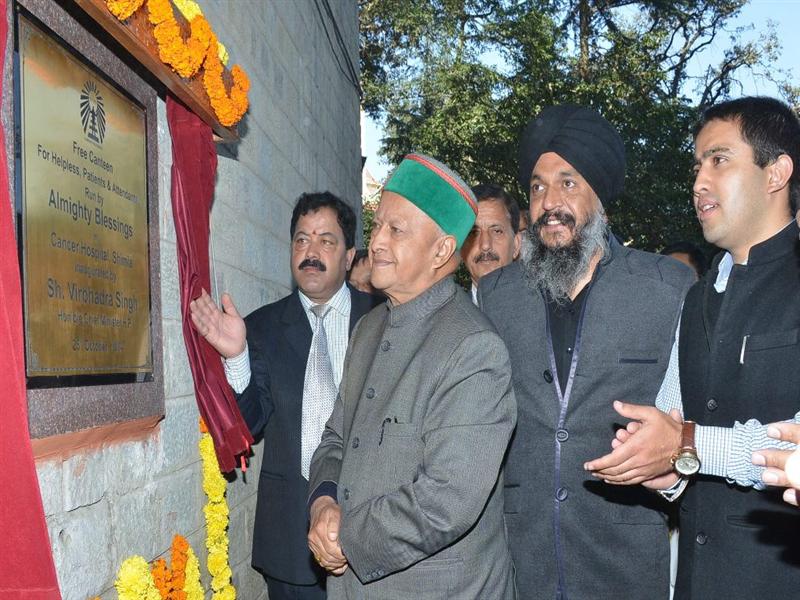 He said that the present cancer hospital started as a small unit initially and today had expanded a lot but still there was not enough ideal space around the campus. “The government will seriously consider setting up new cancer hospital definitely” he said, adding that a new Mammography machine would be installed in the hospital. He said that now due to many new innovations and technical expertise, fatal disease like Cancer can be cured and overpowered.

He lauded the efforts of the Almighty Blessings Organization for starting free canteen services and exhorted the people to come forward and voluntarily donate for the poor and the needy. He said there was no dearth of such persons who want to serve the poor but they need to be organized and their efforts to be coordinated.

“I Hope that this small initiative will become a massive campaign in times to come”, said he adding that the co-operation and contribution of the people was welcome.

The Chief Minister said that around 165 bighas of land had been identified on the outskirts of the town for the second campus of the IGMC. The Kamla Nehru hospital will have a separate mother-child hospital, he added. The State Government was endeavoured to strengthen the health infrastructure in the State and will ensure postings of doctors in the hospitals located in far-flung and remote areas.

We have announced to open Gausadans and Dog Kennels all over the State to provide food, fodder and shelter to the stray cattle and the people right from the Panchayat level should come forward to coordinate with the efforts of the Government, he said.

Earlier, the President of the Almighty Blessings organization, Sarabjeet Singh welcomed the Chief Minister and sought for wheel chairs and stretchers for the cancer patients. He raised the demand for expansion of the hospital facilities and also urged the Chief Minister for a solution for parking of the vehicles coming to the hospital with patients.