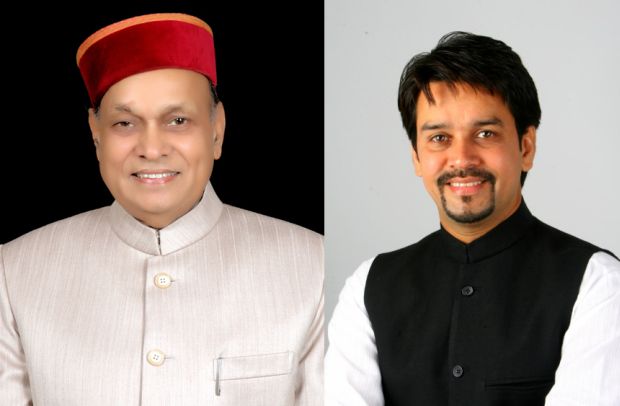 Dhumal, who was named in the charge sheet faces charges of “misuse of the office of chief minister” in granting approvals to the HPCA for land acquisition to build cricket stadium for the cricket body, led by his own son Anurag.

Additional District and Sessions Judge of Dharamsala, Davinder Kumar, today granted bail to BJP leader Dhumal and ten others on furnishing of bail bond of?Rs 25,000 each.

The HP state vigilance and anti-corruption bureau had filed a charge sheet in the case on April 25 after a year-long probe.

“The court of Additional District and Sessions judge Davinder Kumar granted bail to 11 of the 16 accused under section 439 of Code of Criminal Procedure (CrPC) after furnishing bail bond and surety bond of Rs 25,000 each,” special public prosecutor Satish Thakur said.

He said that the court has also granted exemption to Hamirpur MP, Anurag Thakur, from appearing in the court.

Thakur had sought exemption from personal appearance citing a meeting of parliamentary standing committee on information technology headed by him.

The court has fixed December 19 as the next date of hearing.

The vigilance bureau accused HPCA of acquiring land fraudulently by deception and illegal means, obtaining documents — NOCs (no objection certificates) and other certificates — fraudulently with a criminal intention, and conversion of HPCA, which was registered as a society, into company with ulterior motives to cause wrongful loss to the state.

“Arun Dhumal, Vishal Marwah and Surender Thakur remained absent as summons could not be served upon them,” told the public prosecutor.

Arun is younger son of Dhumal while Vishal Marwah and Surender Thakur are HPCA’s honorary secretary and vice- president respectively.

The court also issued summon against senior Himachal Administrative Service (HAS) officer Gopal Sharma against whom prosecution sanction has been granted.

Two Indian Administrative Service (IAS) officers Deepak Sanan (then principal secretary, revenue) and Ajay Sharma (then director of sports and youth services) were not summoned as prosecution sanction against them is still awaited.