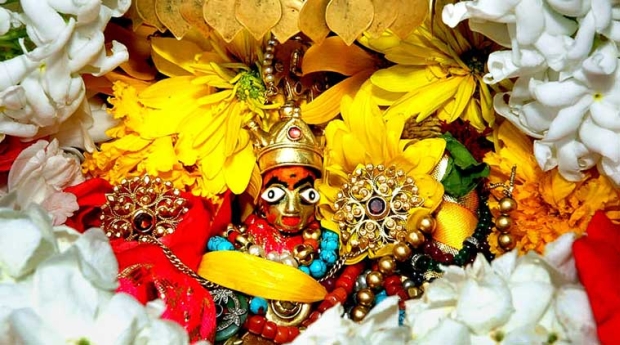 The robbers entered the temple from the roof and took away the idols of Lord Raghunath and Hanuman, both made of ‘ashtadhatu’ (a composite of eight metals), a stone statue of Narsingh Shila (covered with gold), one silver Ganesh idol and a pair of Charan Paduka besides ornaments, said a statement by the director general of police.

Raja Jagat Singh, the erstwhile ruler of Kullu, obtained the Lord Raghunath idol from Ayodhya in Uttar Pradesh and built the temple in the 17th century.

Police called it one of the biggest heists in a religious place in the state.

Chief Minister Virbhadra Singh told the state assembly in Dharamsala that an alert had been sounded and forensic experts had gone to the crime spot.

He said since the temple was a privately managed property, no police or Home Guard personnel was deployed there.
BJP leader and two-time former chief minister Prem Kumar Dhumal said the theft was a serious incident.
“Just a few months back some silver ornaments were stolen from the temple,” he said.

The Kullu Dussehra, a centuries old festival, is associated with Lord Raghunath, the chief deity.
The chief minister said the government had no control over the management of the temple.

“The temple authorities have not demanded any security from the government. CCTV cameras have been installed in the temple. We will try to get the idol back,” he said.

Meanwhile, police have registered a case under sections 457 and 380 of the Indian Penal Code.
Police officials said that in the past 15 years at least 100 thefts had been reported from temples in Himachal Pradesh. Over 20 of them were notable ones.

The hill state has over 2,000 temples and monasteries that are centuries old. Of these, 60 are under the care of the Archaeological Survey of India while 31 are with the state language, art and culture department.