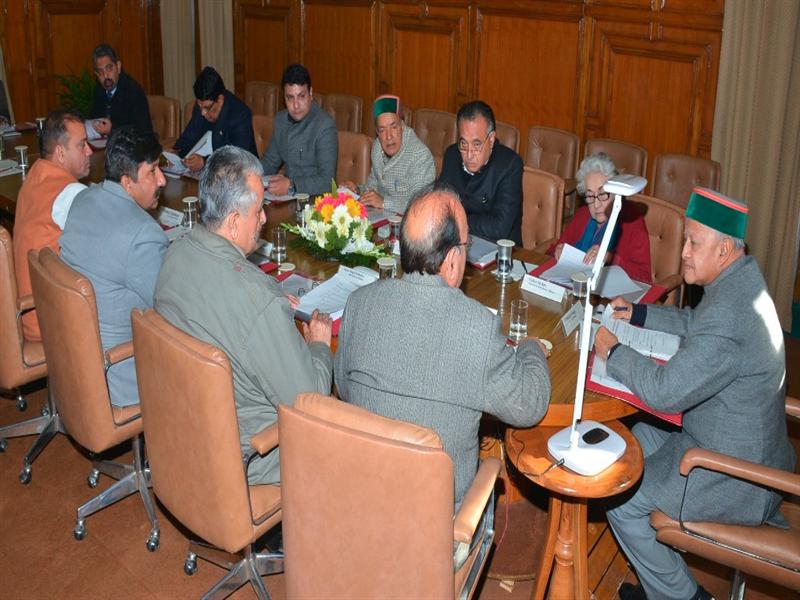 The Cabinet in its meeting held here today decided to set up All Indian Institute of Medical Science (AIIMS) in Bilaspur.

The meeting was presided over by Chief Minister

Taking into consideration the proximity of as many as five districts viz: Solan, Mandi, Hamirpur, Una and Shimla the decision was taken to establish AIIMS in Bilaspur and to benefit the people of Himachal Pradesh at large.

The Cabinet decided to revise the service length of the PTA (Grant-in-Aid) teachers from eight to seven years and take over their services on contract basis after they complete seven years of continuous service instead of eight years.

The Cabinet gave its nod to fill up all functional posts in Community Health Centre, Nankhari and up-gradation of Health Sub Centre in Gram Panchayat Kohbag in district Shimla.

Approval was accorded to shift the administrative control of IPH division Dehra from IPH circle, Hamirpur to IPH Circle Dharamsala in district Kangra.

A decision was taken to change the name of Government Industrial Training Institute Gagret to Government ITI Gagret at Bhaderkali in Tehsil Amb in Una district since the institute is presently functioning at Gram panchayat Bahderkali.

Nod was given to create and fill 33 posts of teaching and non-teaching staff in (Industrial Training Institute ) ITI Saliana in district Kangra.

A decision was taken by the Cabinet to create one post of Law Officer in Directorate of Health Safety and Regulation, Himachal Pradesh on secondment basis.

The Cabinet also unanimously resolved to place on record that the present Government over the last two years under the visionary leadership of Chief Minister had implemented programmes and policies that have benefitted all sections of society and regions of the State. The delivery of public services has been improved to benefit public at large.