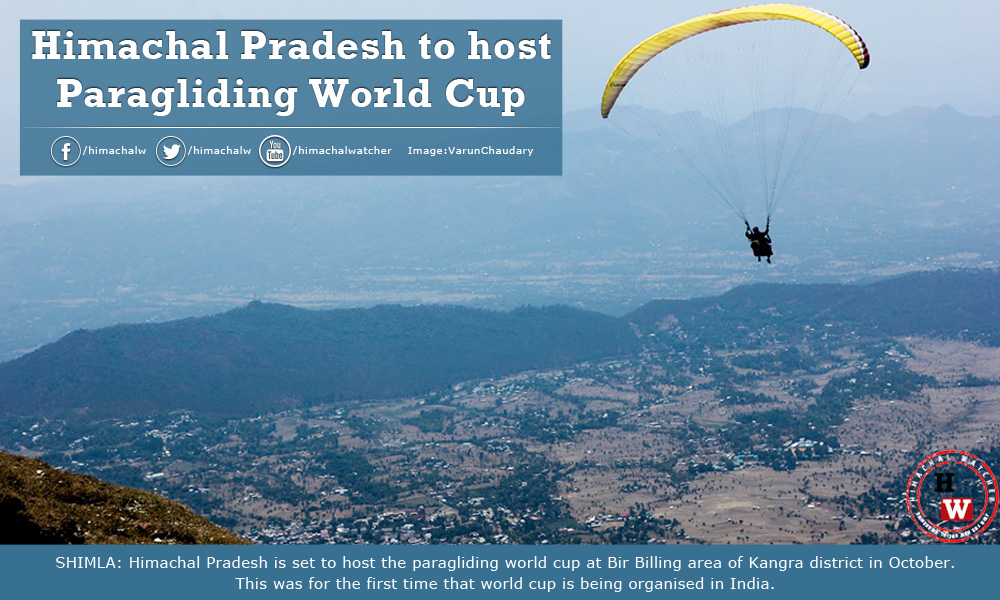 SHIMLA: Himachal Pradesh is set to host the paragliding world cup at Bir Billing area of Kangra district in October. This was for the first time that world cup is being organised in India.

Nine days event would give boost to the sports and tourism activities in the state and the international participants, pilots and other visitors would also be able to witness the majestic beauty of Kangra valley.

Urban Development Minister Sudhir Sharma who was unanimously elected as the president of Billing Paragliding Association during the annual general meeting on Sunday said that paragliding world cup is scheduled to be held from October 23 to 31.

Deadline for painting roofs in Shimla expires,defaulters to face action