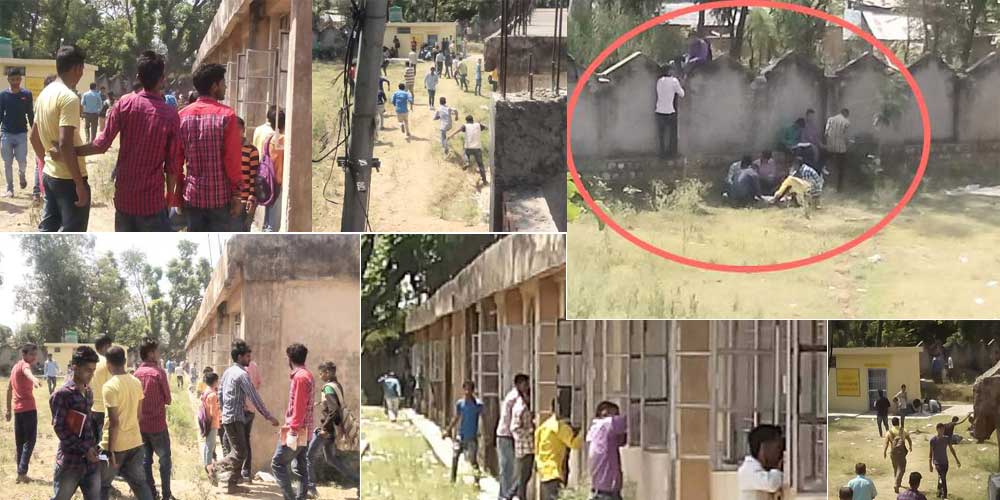 KANGRA – Not long ago, like rest of India, people in Himachal were laughing and expressing concern for completely degraded educational standards of Bihar. Some pictures showing blatant cheating in examinations went viral on social media. Soon they reached mainstream media channels.

Now, it’s their turn to laugh at Himachal for exactly the same reason. Some pictures have appeared in some dailies like Amar Ujala showing similar pictures of a Govt. School in Kangra District of Himachal Pradesh.

According to the statement of the principle and other witnesses, over 50 people, which included friends and relatives of students, were wandering around the examination centre at Govt. Senior Secondary School Jwali in Kangra.

View Pictures in the Gallery 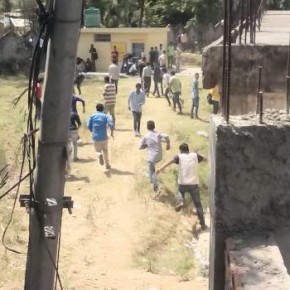 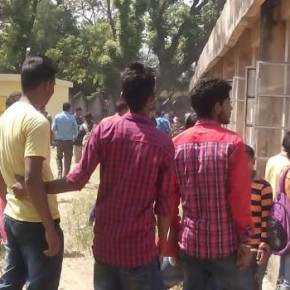 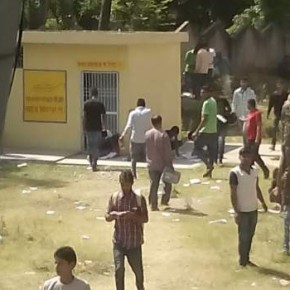 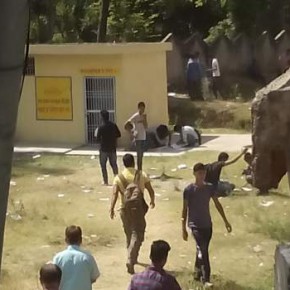 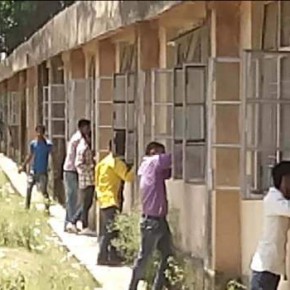 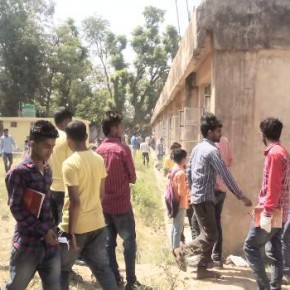 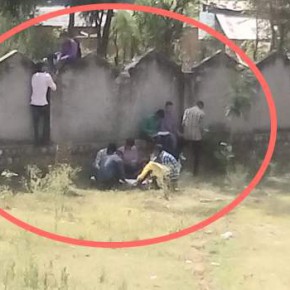 The Himachal Pradesh Board of School Education (HPBOS) was conducting examination for compartment in English, Maths, Physics, Economics, and Accountancy.

Surprisingly, the principle of the school, GS Bagga, had already submitted a written application for security at the school as he was expecting it. However, the DSP provided only one homegaurd for security at this centre where 600 students were taking exams.

The DSP Jwali Dharm Chand Verma excused himself by saying that the school did not inform him about the severity of the situation on time. Otherwise, he would have definitely sent extra security to the school, claimed the DSP.

On the other hand, the HPSOB Secretary denied any report or complaint of cheating.

Most of the people will blame the students. But the students are not solely responsible. The standard of education at Himachal’s government schools has degraded to such an extent that students are forced to take the wrong path to pass examinations.

According to the annual Status of Education Report-2012 (ASER) for Himachal Pradesh:

In April 2015, a report by the Comptroller and Auditor General (CAG) revealed:

In a state with 82.8 percent literacy, 20 per cent of Class 3 students in Himachal Pradesh’s government schools cannot identify alphabets or numbers. Moreover, 74 per cent of eighth standard students don’t have class-appropriate competence, says a report by the Comptroller and Auditor General (CAG). Additionally, 31 percent of schools in the state, catering to 118,036 students, are running from either one or two-room structures.

Meanwhile, the Chief Minister Virbhadra Singh had put the blame on the decision of introducing grade system and abolish the examination culture. An article in Hindustan Times reported following statement from the CM:

In order to check the falling standards of education, the state has proposed to conduct examination of Classes 5 and 8 till continuous comprehensive evaluation (CCE) is implemented strictly in the state.

The HP Govt. is already facing criticism for startling drop in enrollment rate in Himachal’s Govt. Schools. The SSA report had also highlighted:

The number of children enrolled in government primary schools in the state has dropped by 2.5 lakh between 2004-05 and 2014-15, while there has been an increase of 1.75 lakh in enrolment in private schools.

The students with a weak base in subjects at primary and high school level are likely to find it hard to push through senior secondary examinations. So, it’ll not be justified to blame the students only. The government shares credit for such a shameful situation for the state of Himachal Pradesh.