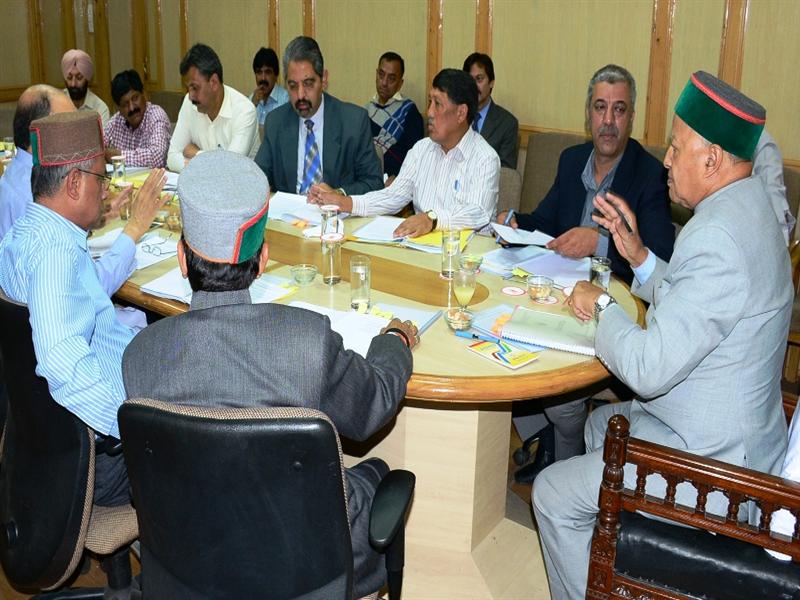 SHIMLA: Keeping in view the religious sentiments of the people, the Tattapani hot water springs would be revived soon for which the process was already underway.

Chief Minister Virbhadra Singh disclosed this while presiding over the meeting of Board of Directors of Himachal Pradesh Tourism Development Corporation (HPTDC) here, today.

He said the government had taken up the matter with Kol Dam authorities who had assured to transfer the land to tourism department after monsoons. As per the survey conducted sufficient hot water was available on the submerged beds of river Sutlej which would be lifted through bore-wells.

The Chief Minister said that as far as the land at Manikaran was concerned, the same may be handed over to Special Area Development Authority (SADA) for further development.

He stressed for developing Ski slopes at Chanshal in Rohru for which opinion of experts would be taken. He also asked to pursue the work on Bashal Kanda Ropeway in Sarahan at Shimla district, the preliminary survey of which was almost complete.

The Chief Minister also suggested to take immediate steps regarding construction of parking near the Dhalli Tunnel on cemetery road in Shimla. He directed the formalities pertaining to construction of multiplex parking at Dhalli should be completed soon.

The BoD approved to provide bonus to as many as 310 eligible employees of HPTDC to the tune of Rs. 10,10,514 for the year 2014-15. The financial burden on account of bonus will be borne by the corporation. It was also decided to revise the guidelines of Assets Creation Committee.

It was also decided that the eligibility criteria for promotion of Utility workers be relaxed to benefit those who are in the organization since long and have at hand experience after carrying out necessary amendments in Recruitment and Promotion Rules so as to create more promotional avenues in lowest rung to avoid stagnation.

The decision was taken to expedite the process for obtaining no objection certificate from the Municipal Corporation, Una for construction of hotel.

The Chief Minister also directed for necessary steps to be taken for expansion of Hotel Hamir at Hamirpur.