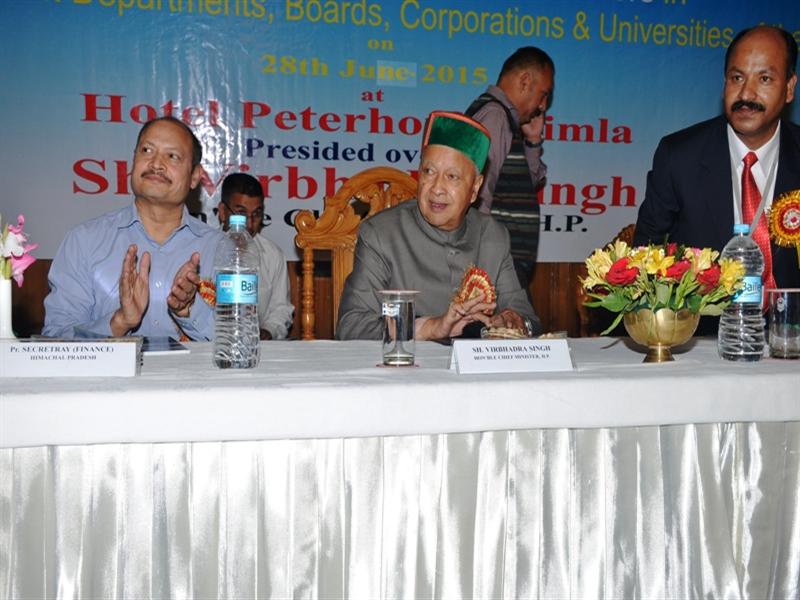 SHIMLA: While speaking on the second inter-state conference of SAS officers Association on the theme ‘Role and Challenges for SAS Officers’ here today, Chief Minister Virbhadra Singh said that my Government had adopted zero-tolerance towards corruption and it is up-to accounts services officers to ensure that each and every penny of the public money was utilized for the very purpose it has been provided for.

He said that the State government was committed to speedy development and for providing efficient and responsive administration to its people. Besides, financial discipline and transparency in financial dealings has been priority of my government, he added.

To ensure better fiscal management and to achieve systematic and planned development there is a need for check and balances in the system besides utilising the funds earmarked for particular works and schemes, said the Chief Minister.

“SAS officers should ensure that the programmes and schemes targeted for welfare of the people are implemented in right earnest”, said Virbhadra, directing SAS officers to work with devotion and sincerity and stressed on the need to adhere to perfect accountability and maintenance of professional standards.

It has been brought to my knowledge that more than 50 entry grade posts of SAS cadre officers are lying vacant due to non availability of eligible candidates. I would like to assure that the matter would be looked into sympathetically, said the Chief Minister.

To ensure transparency, efficiency and better implementation of the programmes and schemes, the SAS officers are required to be posted in all such departments and Public Sector Units which have huge budget and heavy staff strength, he stressed.

The Chief Minister also released a souvenir and launched website of SAS officers Association on the occasion.

Principal Secretary, Finance, Dr. Shrikant Baldi, while speaking on the occasion said that SAS officers play a pivotal role in managing finances of various departments, boards and corporation and termed it as a backbone of fiscal management.

Earlier, President SAS Association K.R. Negi honoured and welcomed the Chief Minister and other distinguished guests on the occasion. He also tabled the demands of the association the main being declaration of the services of SAS officers as State Finance and Accounts Services and filling of vacant posts left out in Public Sector units.