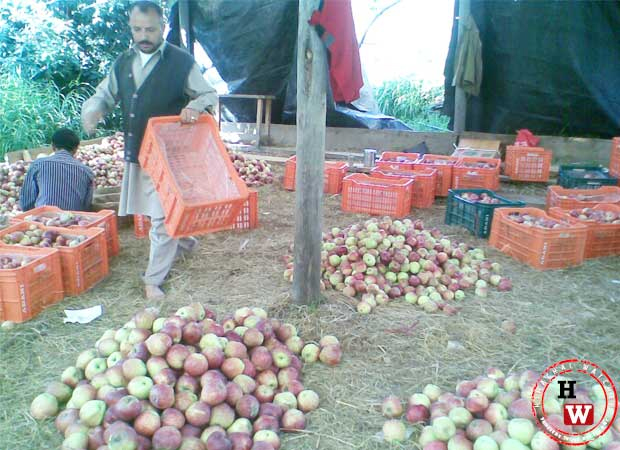 The Cabinet in its meeting held here today approved World Bank Funded Rs. 1000 crore, HP Horticulture Development Project for the State and in Society mode besides formation of Society at the apex level under the HP Society Registration Act, 2006.

It also approved the handing over the management of PCDO’s of horticulture/ other departments to the SPV on agreed terms and condition through MoU’s to be signed between the SPV and the concerned department.

Stating this in the meeting, Chief Minister Virbhadra Singh said that the function of the societies or SPV formed therein would be to set up modern nurseries and demonstration orchards of various fruits and cultivars, flowers and vegetables and to manage these PCDOs profitably so that the requirement of quality, plant material could meet on regular basis.

The Chief Minister said that the project would help ensuring better post harvest management besides supply chain management and establishing alternative market management and use of information technology in the development of Horticulture Sector in the State besides enhancing horticulture competitiveness at the farm level.

The Cabinet also approved Special Purpose Vehicle constituted by the promoter in the name of M/s Manali Ropeway private limited draft concession agreement and the permission to sign agreement with the promoter on the revised project cost as presently proposed Rs 340 crore by the company. It also gave its nod to recover the balance amount of Project Development Success Fee, if any, with interest of 12 percent per annum from the date of signing of concession from the company at the time of submission of final revised Detailed Project Report be approved or not.

Cabinet approved opening of new IPH Sub-Division at Jawlamukhi along with four sections and as many as six posts of different categories.

It also approved up-gradation of Community Health Centre (CHC) Nagrota Bagwan as civil hospital and enhancing its bed capacity to 50 and creation of six posts of different categories in the same. It approved to open PHC at village Khad in Una district.

To add greater variety in the diet of the common man, the Cabinet agreed to invite tenders on pulses under State Subsidy Scheme in three categories of pulses.

Cabinet gave its nod to minor amendments in section 10.4.1 and section 10.4.2 in Interim Development Plan of Shimla Planning Area, where change of land use will be done at Administrative Department level. Re-construction of existing buildings on old lines except Heritage buildings shall be permitted provided the façade and architectural features are maintained.

The Cabinet approved Schemes and guidelines for implementation of State Mission on Food Processing.

It also approved creation of National Optical Fiber Network with a view to connect all the Panchayats in the State subjected to the condition that the damaged roads were repaired. It also gave its nod for revised policy for setting up of Mobile Communication Tower for effective quality of services.

Cabinet’s Nod to create /fill as many as 250 posts

To create 40 posts of junior officer Assistants (IT) on contract basis in co-operation department.

Filling of 27 posts of class III in district Kinnaur

Filling of seven vacant posts of Food Safety officers in the department of Health Safety and Regulation.

Filling up of 16 posts of Junior Engineers in department of Panchayati Raj on contract basis.
Creation of one post of ACS in IAS cadre of the State.

Creation of one post of computer operator in Town and Country Planning department.

Creation of nine posts of junior office assistant (IT) on contract basis in HP Building and Other Construction Workers Welfare Board.

Creation of as many as 30 posts in newly upgraded Tehsils which will include posts of Tehsil Welfare Officers, Junior Office Assistants on contract basis and 10 Daily wagers.

Filling up one vacant post of Mechanic in Ayurveda department on contract basis.

The Cabinet approved staffing norms for Sub-Divisions, Tehsils and Sub-Tehsils.

The Cabinet also approved constitution of Waqf Tribunal as per Waqf (amendment) Act 2013 and to seek the concurrence of the Chief Justice of High Court for appointing a District and Session Judge as Chairman of the Tribunal.

It also decided to wave off 90 percent entertainment tax from Kings XI Punjab for the matches played on 15th, 17th and 21st May, 2011 at Dharamshala.

The Cabinet approved rationalization of circle rates to determine stamp duty and registration fee in the State based on distance of land from the roads i.e. Circle rate of land (persquare Meter/per Bigha) will be equal to(=) Base rate of land (per square meter) X (multiplied by) Factor-1, i.e class of land (cultivated/ uncultivated).

Approval for opening new ITI for WOMEN at Bharari in sub Tehsil Bhararim in district Bilaspur.

To open New ITI at Siari in district Solan.

The Cabinet also accorded approval for amendment in HP Private Medical Educational Institutions (Regulation of Admission and Fixation of Fee) Act, 2006. It was decided to incorporate a new sub-section 6a of section 3 in the Act wherein “in order to ensure common standards for maintaining the excellence of medical education in the State, only the Himachal Pradesh University shall have the exclusive to affiliate private medical colleges set up in the State”.